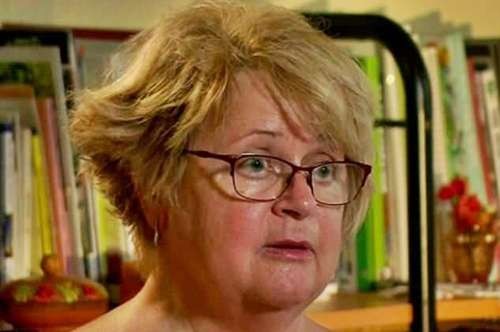 An Australian grandmother, Suzie has revealed that she lost USD $359,088 to three online scammers.

According to Ladbible, the woman said she was brainwashed, also added that she was gullible in her quest to find true love.

Suzie, who spoke on a TV show, said that she decided to come out and tell her story so other people can learn from her experience.

The woman said that her first experience was with a man supposedly from Britain called David Fisher.

According to her, when David got the cash, he vanished into thin air.

Suzie also said that she inherited the money she gave to him from her dad.

The second man, Johnson Williams got acquainted with Suzie online and they began to chat.

play Online scams is one of the subjects of concern in Nigeria.

Williams, according to her, said that he was an American soldier, fighting the Taliban.

According to Ladbible, “her bank got in touch after it spotted she was sending large sums of cash abroad.

“During a meeting with bank workers, she was told that the account she was transferring money to was also being sent cash from at least five other women. The account was based in Ghana – not the US.”

She had this to say: “I went along with it because I thought, ‘Wow, I’ve actually got somebody in my life now, and I’m committed to this man’.”

play There are many scam Facebook sugar mummy groups in Nigeria

Despite being scammed twice, Suzie met another man on Facebook and they hit it off.

She said she struck a friendship with the man, Godfrey Kyzungo supposedly from Uganda and things blossomed into marriage.

According to her, “I had nothing to lose. Godfrey loved me no matter whether I had money or not.

“But it wasn’t long before he started to ask for money.”

“I don’t want to use the word ‘scam’ with it, but I believe that deep down in his heart, this is his motive, was to marry me and come to Australia.”

“You’re not alone. These people are evil how they manipulate your mind,” she added.

Suzie now wants to annul her marriage to Kyzungo.