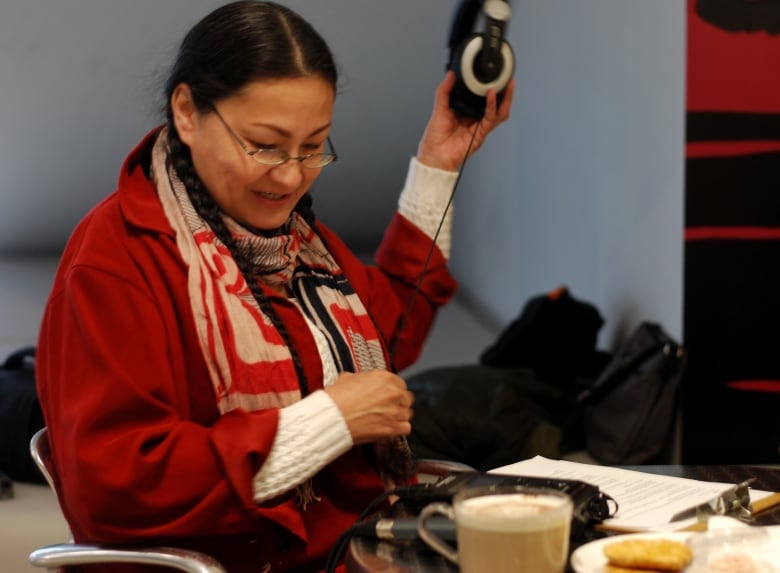 Most of us can recall a time growing up when we needed an adult’s help or advice, but didn’t feel we could turn to our own parents.

If we were lucky, we had another adult who could fill that role. In many Indigenous cultures, that beloved, trusted adult is often an auntie: a woman, somewhat older than you, who could be officially related or not.

“I think aunties are kind of like, almost like your second mom, but they’re the mom that you tell secrets to, that you wouldn’t dare tell your real mom,” said Heather Bjorklund, an educator, drummer and comedian from Fisher River Cree Nation, about 200 kilometres north of Winnipeg.

Bjorklund said she also relied on aunties to help raise her own children, especially in the tricky teen years.

We don’t have to give up the support of aunties, even when we’ve started to fill that role for others, said Cheryllee Bourgeois, a Métis midwife at the Call Auntie Clinic, housed within Seventh Generation Midwives Toronto. She’s called on aunties for help well into her 30s.

“I’ve always had relationships with a wide variety of women in particular who have been older than me, who have consistently played a role in just having somebody who I knew that I could turn to,” said Bourgeois.

“I would just say that aunties are a renewable resource. We all get to be aunties and be auntied.”

CBC Radio’s Unreserved asked a bunch of aunties in Winnipeg and Toronto to describe the important role aunties play in Indigenous cultures. Here’s a little of what they had to say.

I’m really close with my nephew, who is not actually my nephew…. I have known him since he was a baby, and he is my creative partner’s son. And when his mother called me his auntie … my heart exploded into a thousand pieces, because I had never been an auntie in that way to somebody. It’s an honoured position that I never thought I would have. And it crosses boundaries, because I was called Tia Sonia by a Filipino co-worker once to her daughter. And I found out that it meant “aunt” and I was like, that is so cool.

I think aunties are kind of almost like your second mom, but they’re the mom that you tell secrets to, that you wouldn’t dare tell your real mum. In the Indigenous community, I believe that aunties play a very, very important role. For example, I know that I really leaned on my sisters when I was going through a hard time with my kids. And it was my older sister that would help me out with the child-care duties, so to speak, when I just couldn’t deal anymore. I’m like, ‘Here, take my kid for the night. I just need a break.’ And she would. And it was that — that’s what aunties do. They step in when you’ve just had enough, especially when they become teenagers.

Yes, definitely like a second mom — but the mom that you can have all the fun with and do all the cool things. And she’s got all kinds of cool stuff in her closet that you get to go through and try on. I’ve had a few of those.… In my birth family, it was my auntie that looked after me when I was a baby. So absolutely, family members step in, and it’s just an understanding. It’s something so deep inside Indigenous culture. And it’s something really beautiful. It’s an honour to be someone’s auntie. The person I’m an auntie to is in her 30s — but I’m a very young auntie, mind you [laughs].

Big auntie energy is love, and it’s support, and it’s understanding. And it’s holding you close, and members of our community close, with all of the hardship that we go through. And big auntie energy is also being there for our young leaders as they’re going up and seeing them just shine. I wrote a column recently about Cassidy Caron, the new president of the Métis National Council, this young, incredible woman who, you know, did her own thing in Rome when we were there waiting to hear if the pope would apologize. I’ll never forget her marching through St. Peter’s Square, led by young fiddlers and the Métis delegation behind her. And she was, damn it, going to have her press conference right in the centre of the square. And she did. And I was like, ‘Wow, I’m a proud auntie.’ I said to her, I’m just so proud of you. Auntie energy is everywhere. And if we’ve made it this far, we’ve just got to keep giving back.

I wouldn’t say [I have] a favourite auntie. I think I have a lot of aunties and they each have taken up different roles and responsibilities in my life growing up. But my mom’s sister is an auntie that’s been consistently in my life and has played major roles in who I am today. She’s allowed me to have the space to figure out who I am as a grown person and who I want to be. And she always provided a listening space in her house. You go out to the rez to go to my aunt’s house to just have a dance party, and eat the food you want to eat, and be who you want to be. And so my aunt’s really facilitated that space for a lot of my cousins and siblings. She’s very special to me. She’s been a part of my life for my whole life, giving people space to self-determine what they like to do, what they like to see in their lives. And that non-judgmental energy and openness and kindness is the auntie that I am trying to be every day and hope to be.

I definitely consider it to be a chosen family role. It doesn’t also have to be about people that you’re blood-related to, and it can be a role that you step in and out of, you know, in relationship to your chosen family or your friends. And I think it’s something that can be negotiated between peers about, ‘OK, who needs some auntie-ing in this moment and who can do that.’… My experience with aunties was definitely community aunties and people that, you know, were all about sharing culture, were all about sharing knowledge … to kind of give you some more options, other than the family that you were in, or the situations that you were in, or lived experiences you had up until this point. It was just a breaking open of what was possible…. And they were really part of expanding my understanding of being Indigenous.

I am rich with aunties. I have had a lot of aunties in my life … and I think that this is also important because there are times, for lots of different reasons across our communities and many other communities, where adults in our lives can’t look after us, can’t necessarily provide us everything we need. Whether that’s physically or emotionally or whatever. We need to be able to both hold up and acknowledge that there are other adults that really love us and can provide those things in those moments of, like — lack from other places. And so I grew up in a way, and I don’t even necessarily mean as a kid, like I also mean as in my 20s and in my 30s … with a wide variety of, well, women in particular who have been older than me, and also consistently played a role in just having somebody who I knew that I could turn to, I could talk to, I could just check in with.