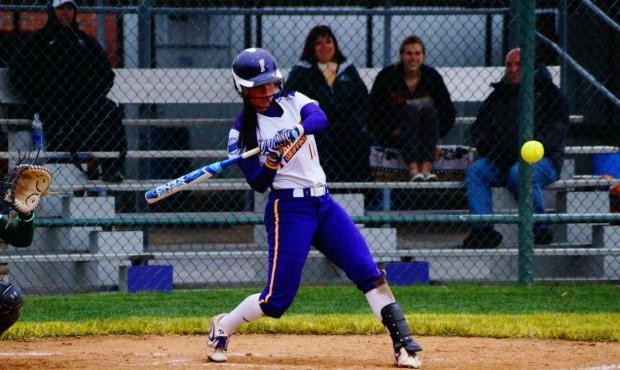 The A’s dramatic comeback yesterday may have been for naught, but at the very least the offense is showing some signs of life by putting up ten runs two games in a row. Also showing some signs of life is the front office, dipping into the minor leagues and calling Matt Olson up to the show as his numbers were simply too hot to ignore for the Sounds and right field has been a black hole of a position all season for the A’s. Olson drew a key bases-loaded walk during yesterday’s ninth inning rally, though Olson’s direct competition in Matt Joyce dealt the biggest blow of that frame with a grand slam that pulled the team within one. Bob Melvin has gone on record saying he will try and get Olson’s bat into the lineup each day now that he is with the team, but it remains to be seen if Olson will remain on the team for good, or shuttle back to AAA once more pitchers come off of the DL and the A’s revert to a three man bench again.

If the youth movement for Oakland truly is finally happening, then the standings in the AL West aren’t quite as depressing.

Houston has won ten straight games, and are already halfway to guaranteeing a .500 record on the year. The Texas Rangers, on the other hand, are currently in a bit of a free fall, and have switched places in the standings with the Mariners, but otherwise, by and large, the AL West is playing out the exact same way it has been all year. The A’s are technically only 5.5 games out of a wild card spot, but that can be a bit misleading because the A’s would still need to leapfrog over ten AL teams in the record books before procuring that spot. If the youth movement truly is in its waxing stages, then the A’s chances may become more viable, but still highly unlikely.

There was a point in time this season where the Blue Jays were the saddest team in the American League. At the end of April the Blue Jays were a paltry 8-17. The team scored the second fewest runs in the American league and allowed the fourth most. The biggest boppers in Toronto’s stacked lineup were all either getting injured or not performing at a high level, and the youths that peppered the pitching staff were all collectively not taking the step forward the Jays needed them to take. But while the Blue Jays had the second worst April in all of baseball (save for the Royals), Toronto turned things around in a big way in May, outplaying everyone else in the American leave apart from the Astros.

The reason behind the turnaround was key stars like Josh Donaldson and Troy Tulowitzki returning to the lineup after early season injuries, along with key role players like Justin Smoak and Devon Travis stepping up and playing at a level few would have expected. The Blue Jays bullpen has been surprisingly solid on the year, especially after some early season hiccups of its own, and has pitched well in support of a starting pitching staff that is still trying to piece it all together, but finally beginning to get there.

Team Leader Jose Bautista, like so many others in Toronto, looked vacuous in April, batting .178 with only one measly home run, but a fruitful May that saw Bautista hit nine more home runs and go on a two week long tear wherein he had multiple hits in nine of fifteen games and raise his season average up above .250. However, the hottest bat in Toronto’s lineup may very well belong to Justin Smoak, who is one of the few Blue Jays to play well all season, and is currently OPS-ing over .900 with fourteen home runs on the year. If not for a guy like Yonder Alonso, there could be arguments made for Smoak being the best first baseman in the American League right now.

The Blue Jays are clicking right now, and most all of their underperformance early could be attributed to injuries to key cogs, but one guy who is out of sync is reliever Jason Grilli, whose opponents have a 1.076 OPS against him through two months and a week of the season. Luckily for the Jays, as a reliever pegged for the lowest leverage situations it is easy for the team to minimize his costly performance.

It would certainly be nice if the A’s can keep on scoring ten runs each game, because they certainly will need each and every run they can get.

With Sean Manaea pitching Monday night and Jesse Hahn returning to the team from the DL to pitch on Tuedsay, the A’s arguably have their two best starting pitchers going for them in this series and have the best chance possible to limit the powerful Toronto lineup’s output. With Matt Olson joining the team, when he takes the field the team’s overall defense should be marginally upgraded from “embarrassingly the worst in the league” to just “the worst in the league.” This will be a tough series to win, given how the Jays have been playing since their 8-17 April, but the A’s will be playing at home and have hit pretty well themselves the last couple of games and certainly will not just roll over.