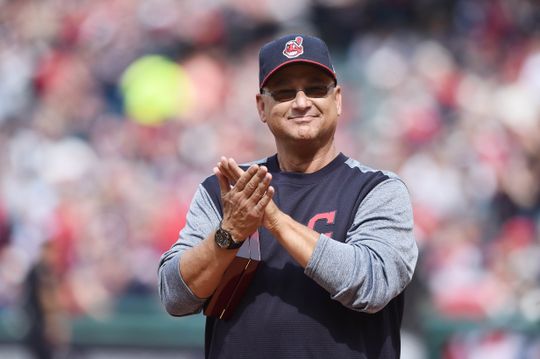 The first half of the roadtrip was frustrating, but at the very least the A’s played competitive ball. An objective umpire here, better outfield defense there, and the A’s, the worst road team, could have taken at least two of three from the Yankees, the best home team, in New York over the weekend. But alas, it was not meant to be. Fortunately for Oakland, despite the series loss, the team’s position in the standings remained the same as the remainder of the division also struggled the past few games.

Cleveland had a 3-1 series lead in the finals and blew it in 2016, and is now the team with the longest active streak without a World Series championship. And after reloading to make another series run during the offseason, the Indians were supposed to easily run away with their division and coast back into the playoffs with relative ease in 2017, but the season hasn’t worked out that way so far. Surprisingly, the Minnesota Twins are still hanging around in first place, but while the Twins have been playing well, the real reason they’re in first is due to Cleveland’s questionable struggles at home in the season’s first two months. The Indians are a paltry 9-13 at home this year, worst in the American League (second worse, somewhat funnily, is the team ahead of them in the standings, the Twins). There is plenty of time for Cleveland to put its home struggles in the rear view mirror, but 2017 hasn’t been the leisurely jaunt through the season that many people predicted.

The Indians’ success stems from a spectacular young pitching staff that throws hard and racks up a ton of strikeouts, and so far this season the spectacular young pitching staff has been throwing hard and racking up a ton of strikeouts. However, the team has still given up a surprising amount of runs considering their numbers on the peripherals, and a pitching staff allowing runs at only a slightly below average rate, paired with an offense that can be good, but typically just plays averagely itself, isn’t a recipe for great success and World Series glory.

Michael Brantley coming back healthy and picking up where he left off before his injury-shortened seasons was just as valuable and important to Cleveland than just about any other offseason transaction the team could make. In 160 at bats this season, Brantley is OPS’ing above .830 while playing good defense, and the sustained strong performances from infield-stars Lindor and Ramirez have provided good support behind Brantley. Edwin Encarnacion had a miserable start to the year, but is starting to hit home runs again and resemble the slugger that Cleveland thought it was getting during the offseason, so the offense for the Indians can currently only stand to get better.

Danny Salazar, on the other hand, is no longer a part of the strong young rotation Cleveland is putting forth (for now). After pitching to a 4.67 FIP with a home run rate of 1.89, Salazar is getting demoted to Cleveland’s bullpen, where he will no doubt begin to flourish once again. While the starting pitching has been solid for Cleveland all year, the Indians have been very reliant and very aggressive in their bullpen usage, so if Salazar can get his control and home run issues in order, he will add valuable depth to a strong, but overworked, part of Cleveland’s team.

It’s much easier said than done, but the A’s are going to need to keep hitting home runs. The Indians’ starting pitching staff is elite when it comes to striking guys out and making opponents look silly, but it can also be long ball prone. The A’s offense is capable of making just about anyone appear elite and can make themselves look plenty silly, but the one thing the offense can do with consistency is hit home runs. Runs are going to be harder to come by all series long, and so scoring in short bursts on long balls is probably more dependable and likely than the team stringing a bunch of hits together and putting up a sustained rally. Also, with the Indians’ bullpen as strong as it is, getting the starter out of the game earlier won’t do the A’s all too many benefits.

On the pitching side, Mengden has been having success in AAA since ending his rehab assignment, and pitched really, really well last year until fatigue and injuries caught up with him on the tail end of his meteoric rise to the show. His arm still fresh from starting the season late and injury free, Mengden should be close to his best self (assuming he shook off his rust in rehab and his brief AAA assignment). Gray’s start on Tuesday will be a must-watch game as the entire league will be watching to see if his comeback is for real or if his last start was a mirage. Both Manaea and Cotton appear to be cresting over the top of their early season bumps in the road. The offense the A’s staff will be tasked with subduing doesn’t light the world on fire, but can punish mistakes and wreak havoc on the basepaths if a starter is off of their game.

This should be a close series, assuming the A’s don’t turn into road pumpkins again.

Danny Salazar to the ‘Pen