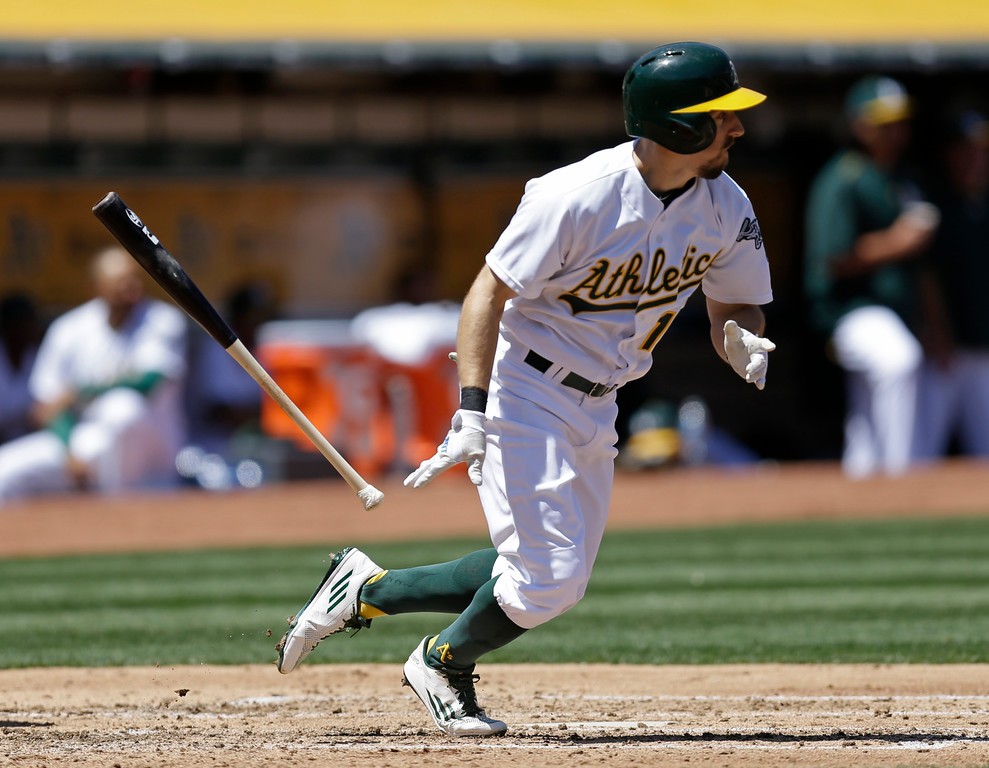 While the A’s were in Chicago reaping the benefits from their youth movement in the form of a sweep of the White Sox, the Astros were in Seattle, winning two of three games and doing what the team has done all season. Just this last week, the Astros swept the A’s in four games rather handily in each game, and should only be even tougher competition while playing in front of their own home crowd, but the A’s may not be road pushovers anymore with Barreto and Chapman (eligible to return to the A’s on Thursday) leading the team.

The Astros have completely dominated the AL West this season, their record within their own division the best in all of baseball at 25-11 on the season. This interdivisional dominance is a strong factor in both the huge lead the Astros have in the division as well as a partial explanation as to why each of the other AL West teams have struggled so mightily to stay above the .500 mark and instead have hovered around .500 all year, never gaining or losing much ground from an even record. The Angels, currently sitting just two games over the break-even point, are the only other team in the division with more wins than losses against their closest rivals, and that 17-15 record is why the Angels have been able to get to two games over. The A’s actually have more wins than losses against AL Central and AL Eastern competition, with 9-7 and 11-7 records respectively, but like the A’s well-known road play issues, the A’s have severely underperformed when playing against teams from the AL West, to the tune of a paltry 12-23 record through the (more or less) halfway point of the season. The A’s are 1-8 specifically against Houston this year, but stand to perform better moving forward when they have their top prospects in the lineup rather than overmatched stopgap veterans.

The story of the Astros hasn’t changed in the last week. The team still is coping with a slew of injuries to their starting pitching, though Lance McCullers has returned to the starting rotation to give it a sizeable boost, and the team has been relying on what have been career minor leaguers and AAAA guys to patch up the rotation while their guys get healthy. While this strategy spelled doom for the A’s the last couple of seasons, the Astros pitching hasn’t skipped a beat, as the fringe replacements have been embracing their role on the team and running with it.

One of the replacement starting pitchers is a former A’s AAA farmhand, Brad Peacock, who was originally acquired by the A’s to bolster what would become the historic 2012 starting rotation, but his role on the team never came to fruition and he was traded in the following offseason. Peacock has mostly pitched out of the bullpen for Houston, but when injuries opened up a spot in the rotation, he was first in line to take his chance. Since gaining a starters’ role, Brad Peacock has been striking out nearly fourteen batters per nine innings and is fixing to be a long term solution for the rotation.

Also, Brad Peacock is a fresh new father, and will be returning from the paternity list in this series against the A’s to make his first start in ten days.

Tuesday’s and Wednesday’s games on NBCSCA. Thursday’s day game is on MLB Network. All games are on MLB.tv.

The Astros have been tough on the A’s all year, but day is a new day and each series is a new series.

As dominant as the Astros have been all year, the team is just 11-9 when facing left-handed starting pitchers, and Sean Manaea may currently be the best starter in the A’s rotation. In the first game of this series, he will be facing veteran Mike Fiers, who struggled mightily out of the gates for the Astros, but has really turned things around for his season in the last month, and has an ERA under two over his last five starts. If the A’s continue to show the patience and discipline that the team showed in their sweep of Chicago, Fiers’ hot streak could turn cold.

Jesse Hahn was lit up in his last start, which was against the Astros at home, in which he surrendered ten runs in two innings against Houston. One could reasonably assume he plans on performing better in his next time out. Jharel Cotton looks to continue his hot pitching after being forcibly removed from his last start after developing a blister on his thumb.

The A’s will have to hit in order to win this series, and luckily the A’s won’t have to face Lance McCullers or the injured Dallas Keuchel during the next three games. The remaining Astros’ pitchers in the rotation aren’t slouches, and the games most certainly won’t be easy against the team with, far and away, the best record in all of baseball, but this series isn’t also shaping up to be a horrid sweep in the same way last week’s series went. The A’s will have to be firing on all cylinders, but the A’s are finally starting to show off the talent fans have been waiting for all year, and anything is possible in baseball.