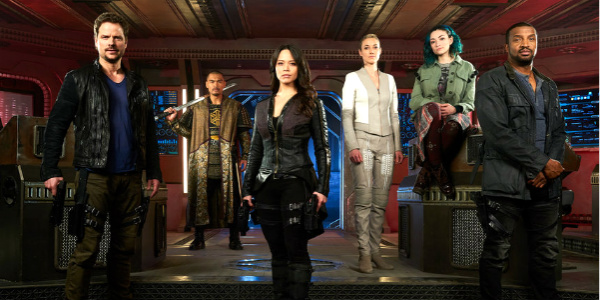 Following a decisive sweep of the Rangers over the Players’ Weekend, the A’s are making the long trek to Orange County to do it all over again. Fans of the A’s have been able to see Matts Chapman and Olson mature, blossom, and thrive with the big league club after years of anticipation of their debuts. The offensive potential and defensive prowess of this team is night-and-day different when compared to the team playing in the first half of the year, giving hope towards the future of the organization, even if many premier pitching prospects have taken steps backwards this year. After knocking the Rangers back down to the last amongst the team’s pushing for a Wild Card spot, the A’s seek to pay the Angels the same favor.

The Angels are currently 1.5 games back of a Wild Card spot, but just dropped two of three games in a series versus the Astros despite the team giving themselves numerous opportunities to either sweep the division leaders, or at least win the series. All season long, whenever it appeared that the Angels had cleared whatever obstacle was in the way of competing and going on a hot streak, Albert Pujols would do his best Billy Butler impersonation or a key starter would go down with an injury or general incompetence would reign supreme to undue the team’s progress. As such, the Angels once again find themselves desperately trying to escape the .500 record the team has been sitting at most all year long.

Mike Trout, fully recovered from the injury that kept him out of action for a month and a half, may be in the middle of his best season ever. The quiet, confident superstar has maintained an OPS over 1.000 with ease the entire season, all the while continuing to play strong defense in center field. There is no doubt that Trout is carrying this offense and team, but he cannot do it alone, and the twenty-four other guys on the roster have to step up and contribute more.

Offensively, the Angels have been mostly fine. In addition to Trout, three regulars have been OPS-ing over .800 over the last month, but those who aren’t performing are more notable. Albert Pujols has a paltry .279 on base percentage and isn’t hitting for enough power or making positive impacts on the basepaths or with the glove to make up for it. He is hitting the ball on the ground far too often, while batting right in the heart of the Angels’ lineup, and is undoubtedly a large reason so many Angels’ rallies fall short. Andrelton Simmons is also mired in a tough month-plus after his superb start to the year, perhaps as an expected regression back to the mean of what his true offensive capabilities are, but at the very least he still has one of the best arms and gloves in the game.

The Angels’ starting pitching has been average at best and terrible at worst in the middle of this playoff chase. Starter Parker Bridwell has been the team’s lone bright spot in the rotation, as the Angels are 11-2 in games that he starts, though they did lose in his most recent effort. The righty has a low-to-mid 90’s fastball with excellent control, but he doesn’t strike very many hitters out and has had a bit of a home run problem, two things that bode well for the budding A’s offense.

If the A’s pitching staff can control Trout, they can control the Angels’ entire offense. The strategy is simple, the execution is anything but.

Daniel Gossett is making his second start since returning from the minor leagues, and though he got knocked around after making a couple of turns through the lineup, in his return Gossett showcased a stronger ability to miss bats and get strikeouts, and he will likely have the remainder of the season to develop in the A’s rotation. Chris Smith, on the other hand, is likely making his final start with the team unless injuries arise, as, after a strong beginning to the thirty-six year old’s starting pitching debut, he has been hit hard in recent weeks. Always chipper, Smith is unquestionably a great clubhouse presence and a veteran who, if lacking in ability, makes up for it with tenacity, drive, and humor, and can still contribute to the team in a bullpen-and-emergency-starter role.

The A’s are facing a trio of pitchers with a penchant for giving up home runs, so ideally the new-and-improved A’s offense can take advantage and do what they do best. While Bridwell figures to be a big test for the young hitters on the team, the A’s are countering with Kendall Graveman on the mound, who has been the team’s best starter since his return from the Disabled List (his first start back, notwithstanding).

The A’s are on the road, but they are also no longer the worst road team in the American League. If the rookies and newbies can continue to play with good fundamentals, the A’s can show they aren’t the pushovers outside of Rickey Henderson Field that they used to be.