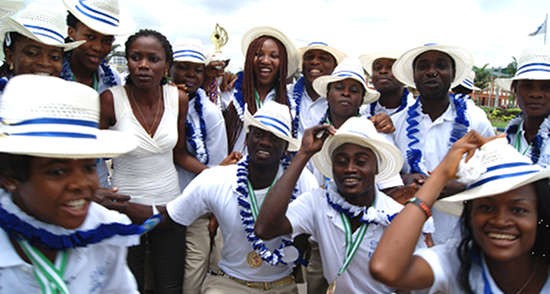 University of Port Harcourt athletes  have kicked against the  alleged failure by the institution  to pay them  their allowances for participating in the last Nigeria University Games.

UNIPORT won the competition hosted by the University of Agriculture, Makurdi, in April, after winning 70 gold, 47 silver and 33 bronze medals.

Our correspondent learnt that the school has yet to pay  the  athletes their allowances for participating in the Games.

Some of the athletes, who spoke to our correspondent on condition of anonymity, said their efforts to get their entitlements from  the institution had not yielded any results.

The athletes also claimed  that the school had failed to  fulfil its promise to reward them for winning the Games.

One of the athletes said, “We gave our best to ensure that the school won the competition. We didn’t just win – we won convincingly – but our allowances  have  yet to be paid.

“We have written to the management through the Director of Sports (Prof. Ken Anugweje)  but we haven’t received anything positive.”

Another  athlete said, “We were promised a lot. But as of today some of us haven’t collected the basic allowances due to us. We are planning to protest against the delay in paying us our entitlements . We don’t want it to get to that stage but we have little options left.”

“We have been told that  we will get our money after  being hosted by  Rivers State Governor Nyesom Wike.”

However,  Anugweje told our correspondent on the telephone that the athletes were paid before the competition.

He added that the school would host the athletes at a later date.

“The tradition of UNIPORT is to reward excellence in both academics and sports. The athletes who won NUGA will be rewarded when the university can do so. They were hosted by the Vice-Chancellor  immediately after winning the Games,” he said.

“For the allowances, no athlete is owed by the school because we didn’t even pay them in cash. The money was transferred to their bank accounts.”