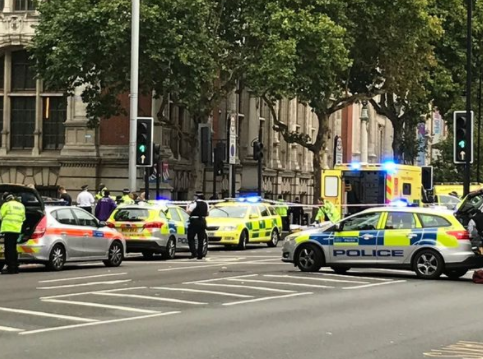 London’s Metropolitan Police has confirmed that at least 11 people were injured today when a car jumped the pavement and hit pedestrians near London’s Natural History Museum.

Eleven people were treated at the scene, mostly for leg and head injuries, with nine transported to a hospital, according to the London Ambulance Service. The injuries are not considered life-threatening, police said.

“The incident is a road traffic investigation and not a terrorist-related incident,” the Metropolitan Police said in a statement this evening.

The Natural History Museum is in the bustling section of South Kensington, popular with both Londoners and tourists. The area was cordoned off by heavily armed police, according to video posted on social media.