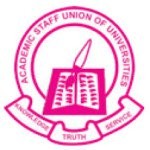 The ASUU demanded immediate release of Elujoba and the bursar, Mrs. Josephine Akeredolu, who have been in EFCC custody since last Friday when they were arraigned before an Osun State High Court, Ede.

The ASUU members, who carried placards with various inscriptions including “Free Elujoba now and prosecute real thieves,” were singing solidarity songs and protesting round the OAU campus.

Elujoba and Akeredolu were docked for alleged involvement in corrupt practices and financial improprieties.

Addressing journalists, the chairman of the ASUU OAU Caretaker Committee, Dr. ‘Niyi Sunmonu, said they believed that Elujoba did not commit any financial crime, adding that he was only being unjustly victimized, humiliated and incarcerated.

He said: “Prof. Anthony Elujoba brought unprecedented peace and stability to OAU during his less than one year tenure. As the acting VC, he has Godly, fair, just, honest and transparent qualities which silenced the enemies of progress in OAU. He addressed the welfare of workers and students with vigour, resulting in an unprecedented number of staff promotions and restoration of peaceful students’ union.

“Following agitation of workers for payment of their legitimate allowances and the discovery of a floating huge sum of university’s fund illegally kept away from the Treasury Single Account. Prof. Elujoba approved the payment of N300,000 and N150,000 to each senior and junior member of staff, respectively.

“This payment and his other financial actions were subsequently given covering approval by the Governing Council as empowered. Similarly payment (N450,000 and N150,000 respectively) was made to workers during the tenure of Prof. Elujoba. The man did not embezzle or mismanage any university fund.

“In an attempt to sanitize the system and address vital and critical issues affecting the university. Prof. Elujoba set up 37-specific fact-finding Task Forces. Most of these task forces had submitted their reports and White Papers through the university Senate to the Governing Council.”