‘Ashamed of my faith’: Some Catholics struggle after discovery of unmarked graves at residential schools 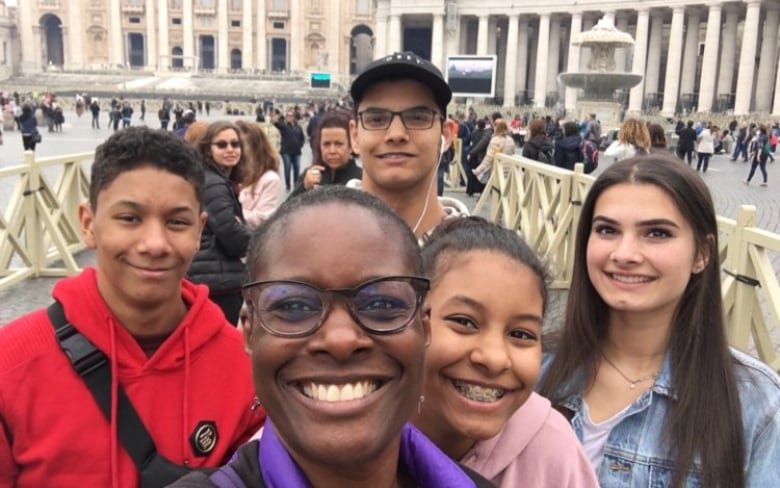 The discovery of hundreds of unmarked graves at former residential schools in Saskatchewan and British Columbia has prompted some Catholics to reflect and rethink aspects of their religion.

Janis Joseph, a B.C. woman born into a Catholic family and whose four children attend Catholic school, hasn’t been to church since the Tk’emlúps te Secwépemc First Nation announced in late May that as many as 215 children  could be buried on the site of the former Kamloops Indian Residential School.

“You look at what you’ve been praying to and what has gotten you through the hard times and the good times,” Joseph said. “You wonder, not that it’s been a lie, but it’s just been this hoax that’s been held over your head.”

She says she and her family still have a very strong faith but are wrestling with many questions.

“We want to pray for these children that are being found in these mass graves. But where’s that faith coming from?”

Many parts of Joseph’s life are connected to being Catholic, from saying grace at dinner, to travelling to the Vatican.

Two years ago, she and her children went to Italy to see Pope Francis and even had their rosaries blessed by him.

Joseph laid her rosary in her father’s hand while he passed away in April.

She is troubled that the Pope hasn’t yet apologized over the church’s role in Canada’s residential schools.

“I’m ashamed of my faith and Catholic upbringing,” Joseph said.

Last week, the Missionary Oblates of Mary Immaculate — the Catholic religious order that operated the Marieval Residential School in Saskatchewan and the Kamloops school, among others — said it was making a formal “commitment to transparency” to disclose all historical documents in its possession that are related to the schools.

That came after the Cowessess First Nation announced a preliminary finding of 751 unmarked graves at a cemetery near the former Marieval school, about 140 kilometres east of Regina.

Bobby Cameron, the chief of the Federation of Sovereign Indigenous Nations, which represents Saskatchewan First Nations, noted the oblates had promised in the past to release records pertaining to residential schools they’d operated.

He has said he will renounce his Catholic faith if the Pope doesn’t apologize for the residential school system.

The United, Presbyterian and Anglican churches have apologized for their roles in the abuse at residential schools, as has the Canadian government, which has offered compensation.

There have been some localized apologies from individual Catholic orders and Pope Francis expressed his “pain” earlier this month, after the discovery of the graves in Kamloops.

However, neither the Pope nor the Vatican have offered an official apology.

‘Connection to God isn’t found in a building’

Katherine Weber, a teacher at a Catholic high school in Alberta, says she stopped attending church more than a year ago and the grim discoveries make her not want to return.

Teaching Indigenous history, while having connections with elders and residential school survivors, has created many complications in Weber’s life.

“And they’re not doing much to repair.”

The release of historical documents related to residential schools in the Catholic Church’s possession is necessary for any reconciliation to follow, Weber says.

Boycotting the church has taken a toll on her but she says she can still practise her faith in other ways.

“Spirituality and connection to God isn’t found in a building. It’s found inside of us,” Weber said. “I have a heart that was gifted with extreme empathy. So I’m gonna use that to teach my students.”

Dozens of other Catholics are taking to social media to express their conflicting feelings about the church.

Catholicism ‘core of who I am’

Theresa Wilson, a Saskatchewan resident who recently sent the Pope a letter, says she feels “angry” and “embarrassed.”

Despite that, she says she will continue attending mass.

“Being Catholic has been a very, very large part of my life from day one,” Wilson said. “That’s kind of the core of who I am.”

But she hopes there will be improvements.

In her letter to Pope Francis, she noted that while she understands the church is making attempts to be a pillar of strength, “Jesus and his disciples were not coming from a place of strength and power.”

“Jesus came from humble beginnings.… In order for reconciliation, as put out by the Truth and Reconciliation Commission, we need to be humble and less defensive,” she wrote.

Wilson encourages other Catholics to reach out to religious leaders to address some of the harm done by the Catholic Church.

“We need to do a lot better than we’re doing now,” she said.