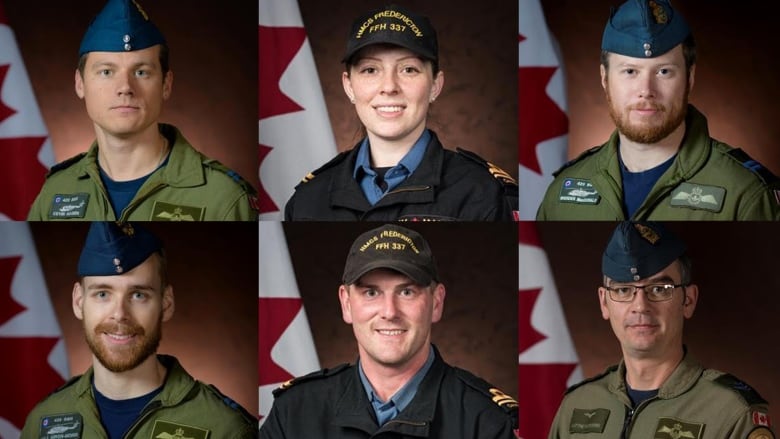 As the tragic events in the Ionian Sea off Greece came into focus last week, a sense of dread rippled through a tight-knit community of former military and political staffers — people whose careers have intersected with the long, troubled effort to bring the CH-148 Cyclone helicopter into service.

Texts and emails were exchanged. One from a former defence official simply read: “Gutted.”

It was more than an expression of remorse over the young lives shockingly cut short on a spring afternoon half a world away. It was an articulation of exasperation.

The bane of two governments before last week’s crash claimed six lives, the Cyclone helicopter was the defence procurement program that came within a whisker of being cancelled — the subject of high corporate and backroom political drama and hand-wringing among engineers and safety experts.

‘Worst procurement in the history of Canada’

The Cyclone was chosen to replace the air force’s five-decade-old CH-124 Sea Kings; its procurement was considered by many in Ottawa to be a textbook example of what not to do when buying equipment. It drew the wrath of one auditor general and received the title of “worst procurement in the history of Canada” from Peter MacKay, the former Conservative defence minister.

Both civilian and military leaders have underlined the fact that the crash’s cause remains unknown and that a thorough investigation — which could take more than a year — will be needed to determine why a reasonably new helicopter (five years old) went down without warning.

The investigators have to be given “all the room and authority to proceed” at their own pace, Gen. Jonathan Vance, chief of the defence staff, said Thursday.

But there are key facts about the aircraft and the decisions made regarding it that Canadians should understand as that investigation unfolds.

For starters: the Cyclone is a one-of-a-kind.

Based upon the Sikorsky S-92 civilian helicopter, it is for all intents and purposes a “developmental” helicopter. That aspect came in for heavy criticism from then-auditor general Sheila Fraser in 2010, who suggested Paul Martin’s Liberal government misrepresented it as an established, proven design when the contract was first signed in 2004.

It’s one of the reasons why bringing the helicopter into service took more than a dozen years — and billions of extra dollars. The original 2004 budget for the Cyclone’s procurement was $3.2 billion, which had ballooned to $5.7 billion a decade later when consideration was given to scrapping the program.

At a point early in the process, Stephen Harper’s Conservative government was startled to learn it would have to spend an extra $117 million on the development of a more powerful engine to lift an aircraft that had been hardened to military standards.

“The key point here is that the Cyclone is a developmental aircraft,” said Michael Byers, a University of British Columbia defence policy analyst who has written reports and articles critical of the maritime helicopter program.

Is there something in the design of the aircraft — or in the software that operates it — that may have gone wrong last week?

Unlike the Sea King it replaced, the Cyclone runs on a “fly-by-wire” (FBW) design. It replaces conventional mechanical flight controls with electronic ones — basically, computers that order the flight control surfaces to move based on the input from pilots.

“The Cyclone is a 21st century military aircraft and it is flown mostly by computers, fly by wire, and the electronic suite is extremely advanced,” said Byers.

“The pilot’s instructions are conveyed electronically. It’s a modern aircraft. Obviously, the risk of mechanical failures are reduced — but with that the risk of some kind of electronic interference or computer failure goes up.”

Fly-by-wire technology has been the industry standard for both commercial and military aviation for a quarter century, but it’s not without its problems. Its use (or perhaps misuse) was a major factor in the 2009 crash of Air France Flight 447, which killed all 228 passengers and crew.

Fly-by-wire controls the pitch and movements of the aircraft, sometimes without pilot intervention.

Seven years ago, the software that runs the Cyclone was at the centre of a bitter dispute between the former Conservative government and the manufacturer, Sikorsky Aircraft (which is now owned by U.S. defence giant Lockheed Martin).

The argument involved the company’s demand to deliver the operating system in phases, or “blocks”, as they are known in the industry.

The government, threatening to cancel the deal, wanted a fully “mission ready” aircraft but eventually settled for delivery in two blocks. The Department of National Defence said the helicopter that crashed received its software upgrade in 2018.

Concerns about the flight computer system went beyond the software, however.

In the summer of 2013, air force flight safety officials declared four test Cyclones “non-compliant,” citing the possibility that delicate flight systems, including the computer that runs the engines, were not sufficiently shielded against powerful electromagnetic (EM) waves, such as those produced by military-grade radar on frigates.

A report by The Canadian Press at the time quoted multiple sources at the air base in Shearwater, N.S., saying EM interference had the potential to blank out the digital instruments — even to shut down the engines.

In 2013, the directorate of airworthiness at the Department of National Defence issued a restricted flight certificate and imposed limits on the helicopter’s operations specifically because of so-called “E-3” concerns — electromagnetic compatibility, electromagnetic vulnerability and electromagnetic interference.

At the time, the problem was considered a potential “show-stopping” design flaw, but a source who was intimately involved in the file who spoke to CBC News this week insisted that the concerns were rectified without having to go through a major redesign of the airframe.

If pilot error is ruled out in last week’s crash, and if there are concerns about either the flight control software or the adequacy of the design, Byers said the Liberal government could find itself facing a horrible dilemma.

“I’m not suggesting that is likely to happen, but with any developmental aircraft, you risk discovering a fundamental problem that is integral to the aircraft,” he said.

“In a worst-case scenario, you quite literally have to start again.”