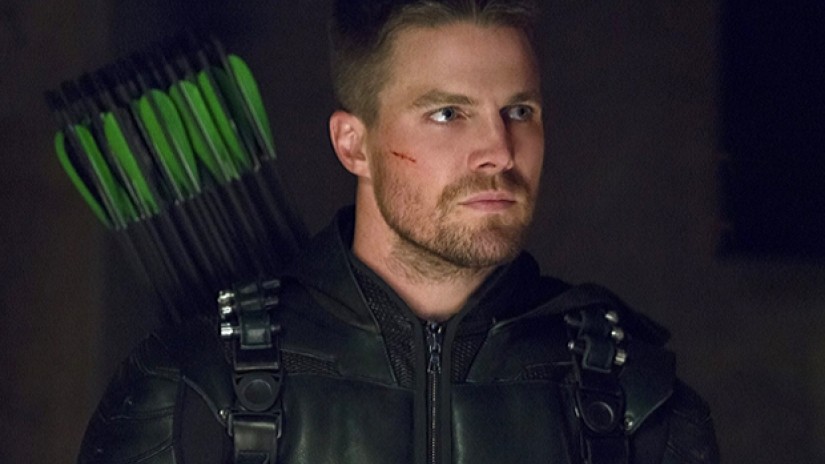 They don’t call him a superhero for nothing.

Arrow star Stephen Amell just competed on the celebrity edition of American Ninja Warrior as part of NBC’s Red Nose Day broadcast , and probably could not have done better. Not only did he manage to skillfully complete the six-obstacle course designed to challenge celebrities in the name of charity, but he also continued on to show off his Arrow-given skills on a Ninja Warrior staple: the salmon ladder.

In case you’re unfamiliar with this delightful contraption, the salmon ladder is just like a regular ladder, except you can only use your arms, and you have to take each rung up with you as you go.

While Amell was the only celeb to even consider attempting the salmon ladder, he wasn’t the only one to complete the course for charity. Parenthood star (and new mom!) Erika Christensen also gave an impressive run with five obstacles, and Mena Suvari shocked herself by making it to the dreaded Warped Wall with a little help from her coach Natalie Duran.

This special Red Nose edition of American Ninja Warrior was followed by a special episode of Running Wild with Bear Grylls featuring Julia Roberts, and it all ended with a live show hosted by Chris Hardwick.

American Ninja Warrior premieres June 12 on NBC, and Arrow will return to the CW in the fall.

(E! and NBC are both part of the NBC Universal family)