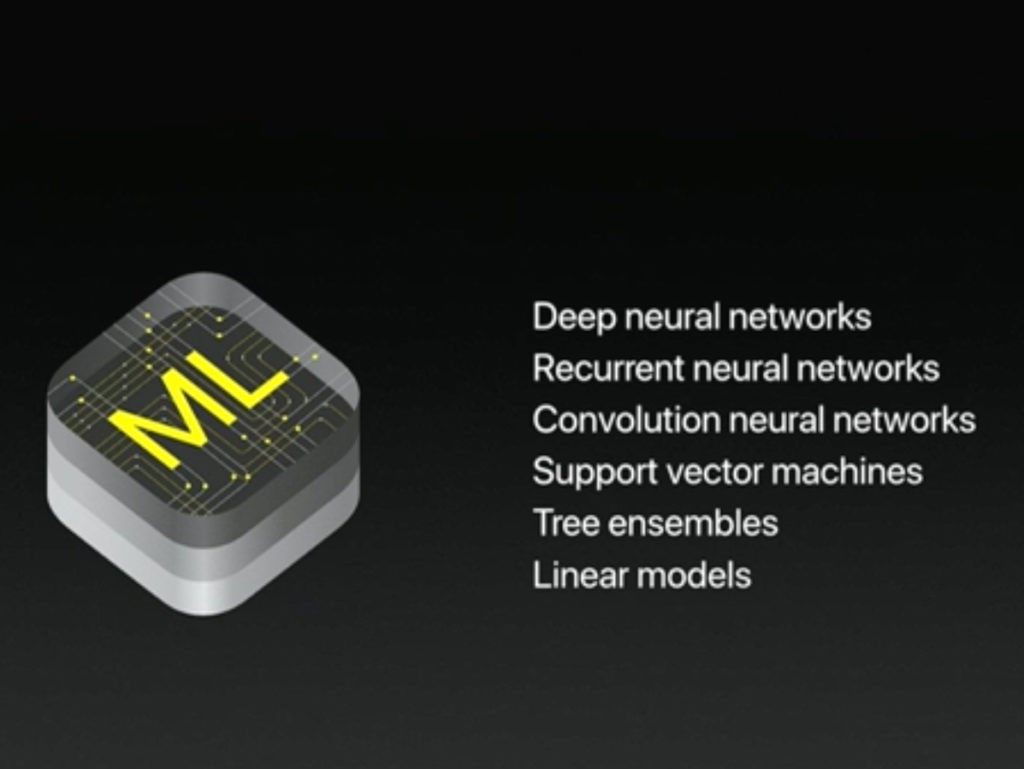 Apple’s iMac updates and new HomePod speaker drew most of the attention at the company’s World Wide Developers keynote. But tucked away in the middle were a short few minutes in which software chief Craig Federighi casually launched Apple into one of the tech industry’s fiercest competitions– the contest to help developers build the next generation of AI-powered applications.

Federighi had already spent some time boasting how Apple was using machine learning to do things like make Siri smarter, or help users rediscover old memories in the Moments photo app. Then he announced that Apple would also be gifting some AI superpowers to developers.

“We want to make powerful machine learning easy for you to incorporate in your apps,” he said. Federighi announced new APIs that help coders building apps for Apple devices do things like recognize faces or animals in photos, or parse the meaning of text.

All that was enough to bring about déjà vu in anyone following how Apple’s fellow tech giants have been talking about machine learning and artificial intelligence lately. Google, Facebook, Microsoft, and Amazon have all been loudly claiming to be the best friend of developers who want to build with AI for some time. They and a slew of startups have released a plethora of tools aimed at making it easier to create new apps and services using the technology. “This is not trailblazing, Apple’s just following,” says Diego Oppenheimer, CEO and cofounder of Algorithmia, a startup that runs a marketplace where developers can find machine learning algorithms. 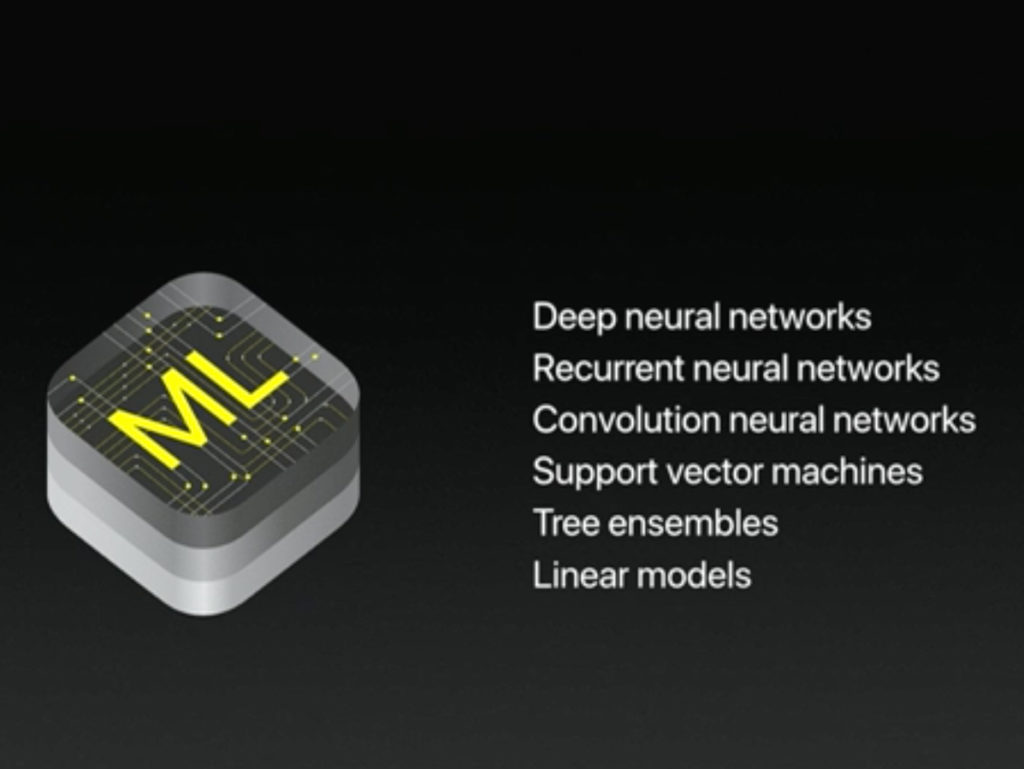 Just last month, Google’s CEO Sundar Pichai talked about the importance of the need to “democratize” AI at his own developer conference, for example. The company has made helping companies build with machine learning the cornerstone of its attempt to win a larger share of the cloud computing market. Microsoft uses the same buzzphrase for its own suite of machine learning tools, including the chatbot-building kit it debuted last year.

Why the enthusiasm to help developers build with AI? Because tech industry history shows that platforms are the path to riches. Today’s tech giants see AI as the next great platform, which makes the race to democratize it at least as much about the bottom line as the common good.

Microsoft became the giant it is today because Windows was the place developers went to reach PC users; Apple is the world’s most valuable tech company because the iOS app store made the iPhone into a smash hit. The reasoning goes that if you can make your phones, operating system, or cloud the best place to build smart new software that leverages AI, more users and revenue will follow.

Federighi showed Apple seems to be at least partially motivated by that reasoning yesterday when he took a moment to display data showing that the iPhone 7 can run image recognition algorithms much faster than the best devices built on Google’s Android mobile operating system. 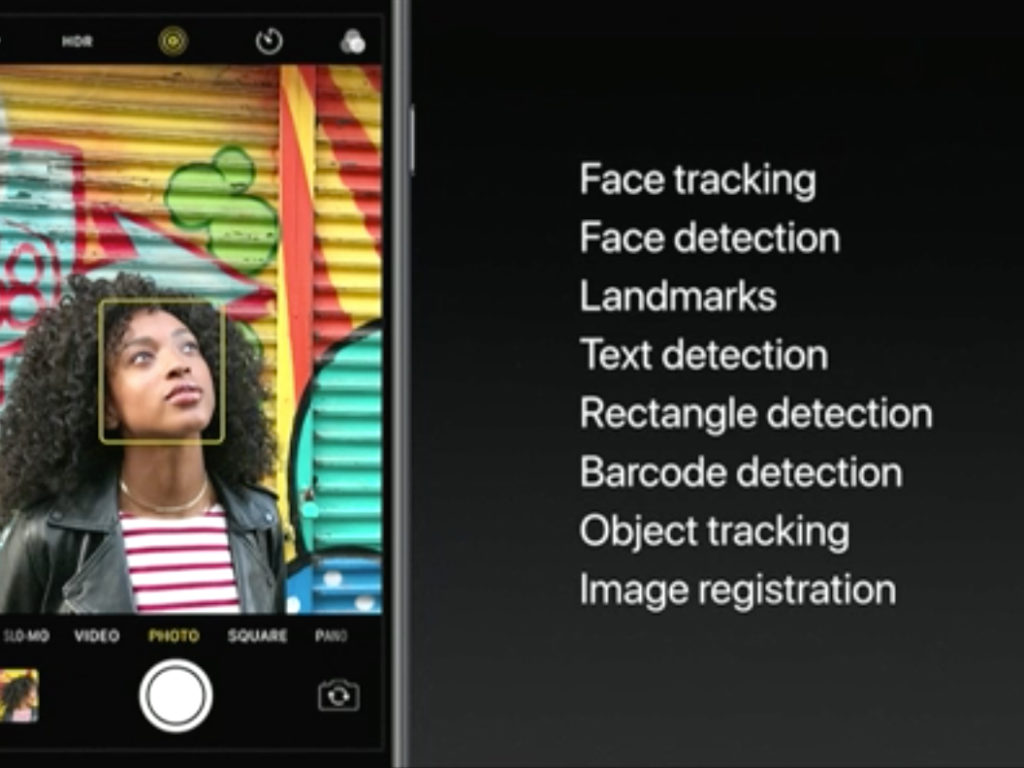 According to Federighi’s figures, the iPhone 7 can process more than 600 images per minute using a standard piece of image recognition software, more than six times the rate that Google Pixel or Samsung Galaxy S8 device can manage.1 (That performance could climb even further if recent reports that Apple is working on custom chips to run AI algorithms are correct.)

Despite Federighi’s provocative performance data, Apple’s lateness to the AI democratization game could put it at a disadvantage. Google, Microsoft, Amazon, Facebook, and IBM have all been offering free and paid tools and services to help developers build things with machine learning for longer, and have more comprehensive offerings.

For example, Federighi boasted that Apple’s new tools help developers run machine learning on data without it having to leave a person’s device, giving performance and privacy benefits. But that could also be a disadvantage to developers who, unlike Apple, also want to serve people who don’t use devices designed in Cupertino. A company that needs to run image recognition inside apps on both Apple and Android devices might prefer to use Google’s cloud machine learning APIs instead, for example. Many machine learning models are simply too large and complex to run efficiently on a users’ device anyway. 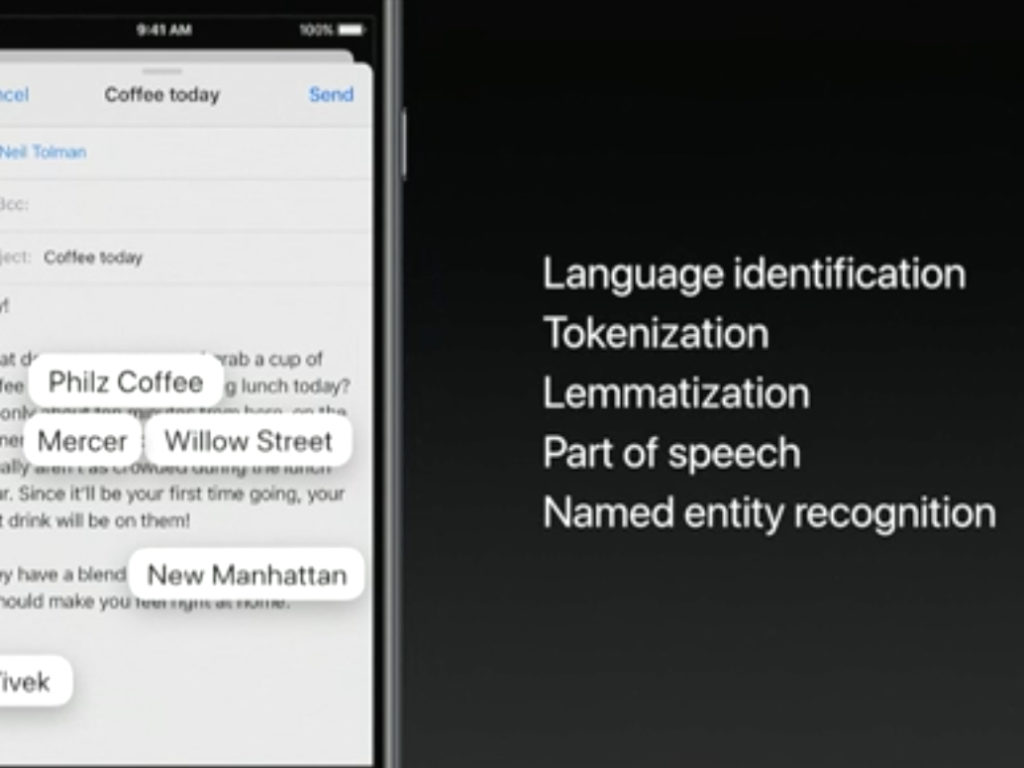 From the perspective of consumers, Apple’s entrance into the AI democratization game should be a positive – and not just for those invested into Apple’s ecosystem. As competition spurs tech giants to make it easier for developers to build apps with the smarts to understand us and the world, the computers we live with should become able to do many new things.

Oppenheimer of Algorithmia predicts that as more developers become able to harness machine learning, there will be a flowering of new apps and services similar to the one unlocked by smartphones giving coders access to new data from sensors such as GPS and accelerometers.

“Entire businesses came out of that, think of Foursquare or Uber,” he says. “These new tools are going to unlock some very compelling new experiences.”

What’s different this time is that Apple isn’t as well positioned to keep the creative energy of developers empowered by AI inside its own platform as it was with the ideas of the first wave of smartphone app developers. When Apple’s mobile app store debuted in 2008, it was the essentially the only place to go to build apps for this new style of computing. As more developers start to dream up applications for artificial intelligence and machine learning, they have many places to make them come true other than inside Apple’s walled garden.

1UPDATE 3:22 pm ET 06/06/17: An earlier version of this story incorrectly noted the rate at which the iPhone 7 can process images.

Go Back to Top. Skip To: Start of Article.