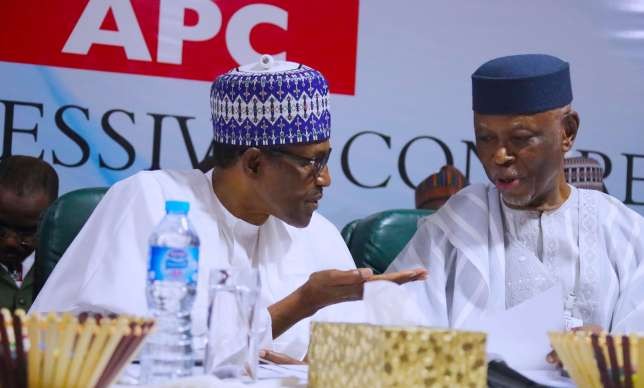 According to the schedule of activities, the local govt area congresses will hold on May 5.

The All Progressives Congress (APC) has announced the date of its national convention to be May 14, 2018.

The ruling party will be electing officers for a new term in its leadership.

The APC organising secretary, Osita Izunaso, released the schedule of activities for the convention on Wednesday, April 18.

According to the schedule, the party said ward congresses will hold on May 2, while appeal that may arise from the conduct will be entertained on May 3.

The local government area congresses will hold on May 5, with appeal arising from the exercise fixed for May 7.

On May 9, congress at states’ level will elect executive committees of the party in all states in the country.

The party fixed May 10 for hearing of appeal that may arise from the conduct of the state congresses.

Its had on Sunday constituted a 68-member committee to oversee its convention.

The committee is headed by the Governor of Jigawa state, Badaru Abubakar while Rotimi Akeredolu, Governor of Ondo state is the deputy chairman and Ben Uwajumogwu as secretary.

The governors in the party had agreed to fund the convention.