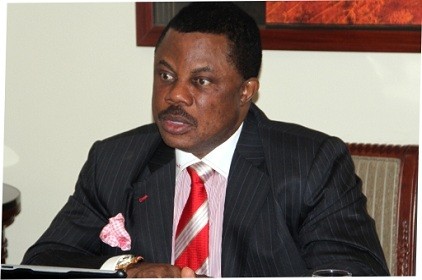 A governorship aspirant on the platform of the All Progressives Congress in Anambra State for the November 18 poll, Mr. Harris Chuma, has withdrawn from the race.

He announced this on Sunday at a press conference in Awka, the Anambra State capital.

He said his decision to withdraw from the race was sequel to his realisation that Governor Willie Obiano had a better plan for the development of the state.

Chuma said he had instructed his coordinators in the 21 local government areas of the state, numbering about 420, to join the All Progressives Grand Alliance.

He said it would amount to self deceit and a disservice to the people of the state for him to continue in the race after finding out that Obiano was better in all ramifications.

He called on the people of the state to shun those he called ‘agents of darkness in priestly robes’, adding that such people would take the state.