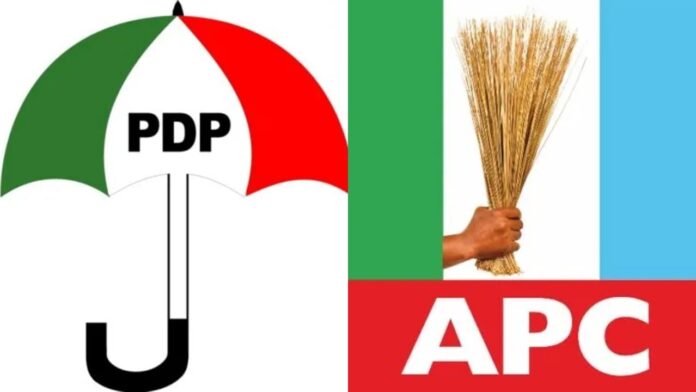 A supporter of the All Progressive Congress (APC), Musa Yusuf has said if actually, PDP thugs destroyed APC billboards and posters during last Sunday’s rally, the security operatives should be held responsible and not the PDP.

Yusuf explained that security operatives were sent there to protect the lives and properties of indigenes of the state, asking where were they when the destruction was going on.

He stated this during an exclusive interview with DAILY POST in Gusau, the State capital, saying that there are some lapses within the security arrangements which he said need to be corrected to forge ahead.

“The State commissioner of police is supposed to have arrested the security operatives concerned for them to explain why they did not put up professionalism in their constitutional responsibility”, he lamented.

“If the tension that day had gone beyond their control, they should have called for more security operatives but they did not do so”

He condemned the arrest of the former minister of information, Ikira Aliyu Bilbis, former Ambassador, Mohammed Mairiga and other PDP heavyweights because they are not thugs and nobody pinpointed them as far as alleged vandalism was concerned.

He lamented that if people did not come out massively to receive the PDP governorship candidate in the State, APC would have treated the rally with a mere wave of a hand.”

He said, ”it is very clear that since Dauda Lawal Dare defected from APC to PDP, the ruling party knew that there would be a problem for the APC because Dare is a crowd puller to the core.

“The truth remains that I am an APC member but I must be frank, fear gripped APC seeing the unimaginable crowd and the leaders of APC decided to make some political permutations to prevent PDP from running away with victory in the 2023 general elections in the State”

“It is true that Zamfara State people are tired of APC government due to rampant killings, kidnappings, worsening insecurities, coupled with economic hardships”

Speaking further, Yusuf said that the excuse being given by APC that the rally was illegal was immaterial, stressing PDP can not organize the rally without permission from the security agencies.

“If the APC claimed that the rally was illegal, then why did the security agencies provide PDP with security operatives”

“I am, however, advising the leaders of our party, APC to reposition the party and appease the masses because they are angry due to some negative factors they are facing”

“It is clear that the ruling APC is worried over the unbelievable crowd they saw during the rally which they did not expect such a crowd from the opposition party which has remained dormant for long.”

He said the political battle for supremacy between the ruling APC and opposition PDP may take another dimension, making it a do- or die affair, considering what is happening presently which may bring the State back to the days of the dark age.