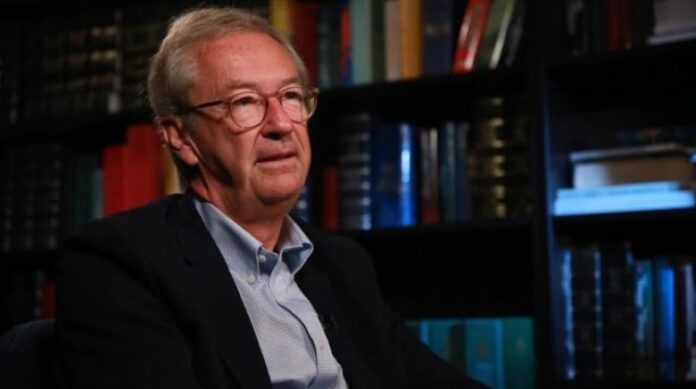 The anti-abortion organization RightNow is recruiting and training activists to volunteer for 50 candidates in the upcoming federal election, and a former chief electoral officer believes that raises questions.

RightNow is registered as a third party with Elections Canada — as is any group or individual who spends more than $500 in the federal campaign — but the Elections Act forbids candidates from co-ordinating their campaigns with third-party organizations.

On its website, the group states its mission is “to nominate and elect pro-life politicians by mobilizing Canadians on the ground level to vote at local nomination meetings, and provide training to volunteers across the country to create effective campaign teams in every riding across Canada.”

‘It does raise questions’

“It does raise questions,” said Marc Mayrand, Canada’s chief electoral officer from 2007 to 2016. He said recruiting volunteers to work on the campaigns may be problematic.

RightNow co-founder Scott Hayward is defending the strategy, however. He said the group consulted Elections Canada, and is confident it’s adhering to the rules. He said RightNow deploys its own resources to support its objectives, independent of the candidates it supports.

“Pro-life volunteers want to help out pro-life candidates in their area. We inform them who they are,” Hayward told Radio-Canada.

RightNow is focusing on 50 ridings where the group has identified candidates — all Conservative — who are sympathetic to the anti-abortion movement. All 50 are considered to be in close races, based on 2015 election results.

RightNow’s other co-founder, Alissa Golob, pointed out in a recent webinar that the movement lost half of the 80 members of Parliament who supported the group’s cause in 2015,. She said that shift motivated her to help create a third party to get “more pro-life candidates” elected.

In the same webinar, Golob explains the nuts and bolts of volunteering, from door-to-door campaigning to helping get the vote out on election day.

She mentions using the Conservative Party’s Constituent Information Management System (CIMS) as one technique, and explains how to download the data program’s smart phone app, CIMS2Go, to gather key voter information at the door, and how to input constituents’ intentions using the app’s happy face, neutral face or sad face emojis.

Great turnout last night in Surrey, BC! You can’t recruit and train pro-life volunteers to door-knock if you don’t do it yourself! We’re happy to help candidates before each of our presentations this week in BC. Only 65 days left until the election which means it’s go-time! <a href=”https://t.co/G7yN5GOzO3″>pic.twitter.com/G7yN5GOzO3</a>

Hayward told Radio-Canada RightNow does not have direct access to CIMS2Go, but the volunteers the group recruits to go door-knocking for candidates do.

However, Hayward and Golob are themselves volunteers for Conservative campaigns supporting anti-abortion candidates, so they would have access to the app.

Golob, for example, goes door-to-door for Tamara Jansen, the Conservative candidate in the riding of Cloverdale–Langley City, a suburb of Vancouver. Jansen did not answer questions from Radio-Canada.

The Liberals and Conservatives are neck and neck in the polls, which means it’s absolutely essential pro-life supporters sign-up to help their pro-life candidate. You could make the difference between that candidate winning or losing. It’s just that simple. <a href=”https://t.co/NlLsX4jArT”>pic.twitter.com/NlLsX4jArT</a>

Cory Hann, the director of communications with the Conservative Party of Canada, wrote in a statement that the party does not co-ordinate with third parties.

As for the third-party support from the anti-abortion group, Hann wrote: “Our leader has been very clear on this, a Conservative government will not be reopening these debates.”

In an interview with Radio-Canada, Mayrand emphasized third parties can take part in partisan activities, but they have to be careful about their links to political campaigns.

“Both the third party and the candidate have to be extremely careful not to be colluding,” Mayrand said. “Both have to remain independent from one another.”

He said a formal investigation would be needed to examine whether the practice in question violates the Elections Act, and that could only be sparked by a complaint.

Even then, Mayrand said, collusion between third parties and campaigns is notoriously difficult to prove: the investigator must find “beyond a reasonable doubt” that the two groups operated in concert, shared resources or information, and had a common strategy to help the candidate, he said.

Arrests made amid ongoing tensions as Mi’kmaw lobster fishery begins

‘That grin, that big heart’: Remembering Terry Fox, the Marathon of Hope and one day in Thunder Bay