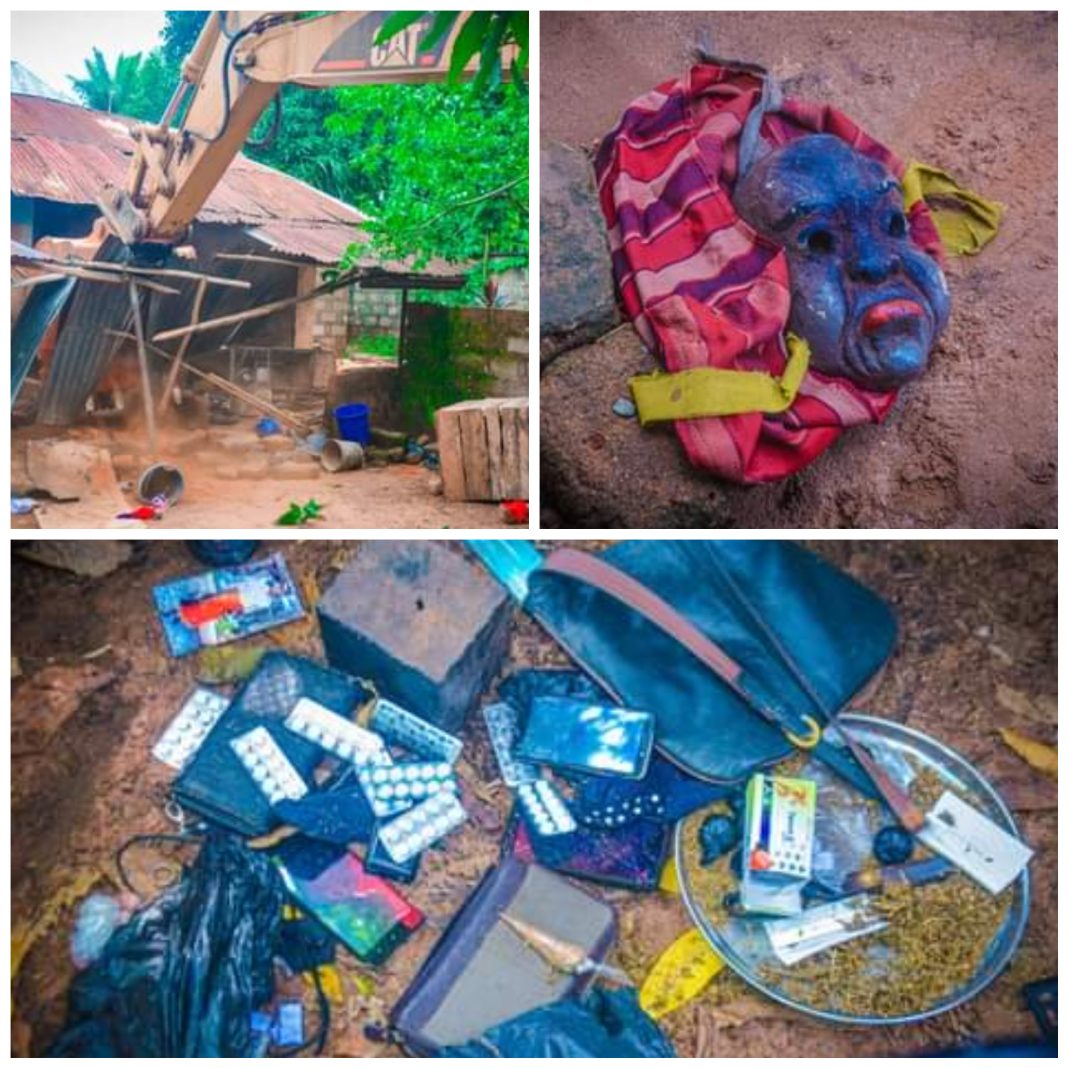 The State Governor, Prof. Chukwuma Soludo, in a statement by his Press Secretary, Christian Aburime, said that the demolition took place on Friday, June 10, after security operatives had established that the facility, an old bungalow was being used by criminals.

“In his avowed determination to rid Anambra State of criminalities, Governor Chukwuma Charles Soludo’s directive that all kidnappers and other criminal gangs’ hideouts be raided and buildings harbouring them be destroyed, was effectively carried out in Oba, Idemili South local government area, on Friday, June 10, 2022,” the statement read.

“The hideout has earlier been raided recently, where exhibits such as locally-made pistol, shrine, charms, concoctions, Indian hemp, among other incriminating materials were recovered at the building with some arrests also made.”

The statement noted that state police command spokesman, DSP Tochukwu Ikenga had explained that his command received a distress call about the kidnap of two persons at Oko, and while on their trail, they learned that the gang had kidnapped two more persons at Ekwulobia. They were quickly pursued and tracked.

According to Ikenga, police operatives working with the vigilante stormed the location, rescued the four victims, and arrested one Emeka who was suspected of complicity.

When interrogated, he confessed to the crime and led detectives to the hideout of his gang in Oba, where a shootout ensued.

The PPRO said a gang leader, one Chinedu Ajogu, AKA Sampolo was gunned down and five other persons including their native doctor were arrested for interrogation.

Addressing reporters at the Governor’s Lodge, Amawbia, Governor Soludo commended the efforts of the State Joint Security Task Force, saying the demolition exercise would serve as a deterrent to other criminals.

Also read: Civil Servant Drags Kannywood Actress, Hadiza Gabon To Court For Refusing To Marry Him After Allegedly Spending N396,000 On Her

Soludo explained that it had been established that the building demolished at Oba was being used as a den for criminal activities, stressing that the government policy does not allow any criminality to reign in the state.

He warned that henceforth, in line with the law, criminals will have no place in any part of Anambra State, assuring that his government was fully determined to ensure that the state was safe for everyone, and that people could move freely around without fear or molestation.

He also applauded the cooperation by some people in the state who have been volunteering information, adding that every stranger is suspicious until his or her job is confirmed to be legitimate.

The governor re-emphasized that any building being used for any criminal activities will be brought down and confiscated by the government.

He also appealed to the people to be security cautious at all times, stressing that they should always report strangers and criminals operating in their communities to security agencies.