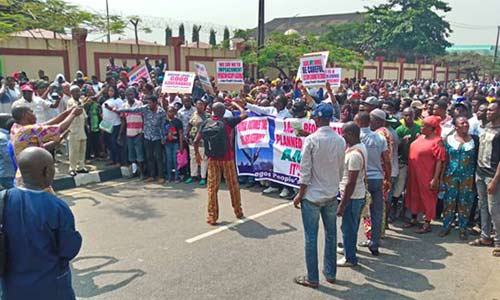 A group of protesters are presently demonstrating at the entrance of the Lagos State House of Assembly.

DAILY POST reports that the protest may not be unconnected with the plans by members of the State House of Assembly to impeach the incumbent governor, Akinwunmi Ambode who has been accused of gross misconduct.

The governor was also accused of delaying 2019 budget as well as financing the opposition party, PDP with government money.