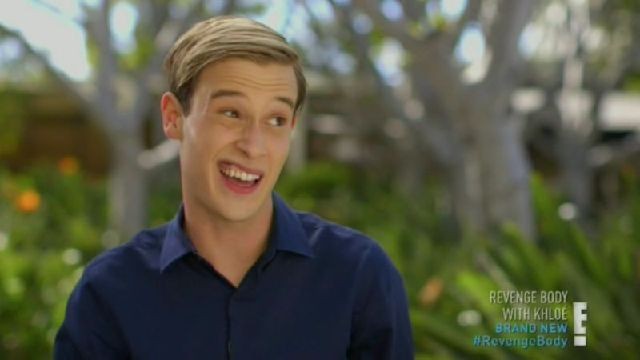 In this clip from Wednesday’s episode of Hollywood Medium, the actress is sitting with Tyler when he says he has to talk about a “younger female” who is coming through.

“From her perspective, she passed before her time,” Tyler says and explains that he’s getting pulled in the direction of the other room.

Allison’s assistant Ilana is watching the reading from the other room and the message coming through ends up being for her.

“From that direction there’s an acknowledgement of cancer, but there’s a whole feeling that comes through with this of basically a feeling of there being a rush to get to someone’s bedside,” Tyler says. “And there’s a feeling of needing it to be known that this individual, and it’s coming through from that room, was physically holding on at the time that she passed away.”

Tyler continues, “There’s like a rush, I need someone to tell me it’s OK for me to go, like I can transition, I’m OK with this. But it’s very distinctly coming through as an appreciation for being told, ‘You don’t have to hold on.'”

Hearing this, Ilana bursts into tears in the other room and Tyler also says the person coming through refers to the month of December and a knowledge of “three people.”

Watch the heartbreaking Hollywood Medium clip above to see Tyler connect Ilana to her late sister.