Alexis Bellino reveals she feels ‘broken’ and ‘sad’ amid divorce 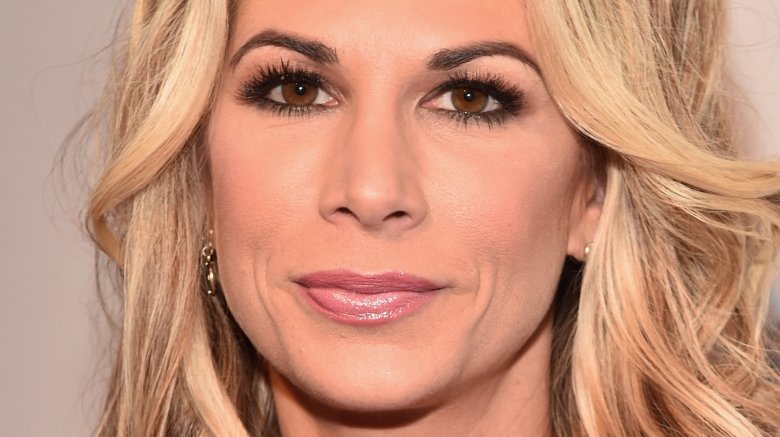 Alexis Bellino is struggling with her recent split.

On Tuesday, July 17, 2018, the former Real Housewives of Orange County star took to Instagram to reveal how she’s been doing amid her divorce from husband Jim.

“My best friend thinks I need to document my life right now,” she wrote in part, captioning a clip that said friend took during their girls’ night in. “My life truly is a range of emotions that I have never experienced. I am always exhausted, never hungry, happy one minute, sad the next, excited the next, devastated the next, numb always, and then repeat.”

Adding that she’s tried “to be strong every minute,” but “that isn’t the REAL,” the reality TV star admitted, “I’m broken. I’m sad. Sometimes I zone off like in this video. I don’t think anyone can go through a divorce and not feel all of the above emotions.”

As Nicki Swift previously reported, Jim and Alexis called it quits in mid-June 2018 after 13 years of marriage. Jim cited irreconcilable differences in his divorce filing. In addition to asking for spousal support from Alexis, he requested joint legal and physical custody of the exes’ kids: 12-year-old son James and 10-year-old twin daughters Melania and Mackenna.

The former couple later released a joint statement to clarify rumors surrounding their breakup. “It’s important to us that you know we made this choice together, with love, and as the best decision for our children’s future,” the Bellinos stated in part. “We hold one another in the highest regards as spouses, and especially as parents.”

Noting that there’s “nothing provocative, alluring, or sordid about the dissolution of our marriage,” the formerly married pair added, “we strongly support each other,” but “simply grew apart over time.”

While Alexis navigates the end of her marriage, she’s certainly not alone, as the Bellinos aren’t the only high-profile couple headed toward divorce. A number of other celeb pairings have recently called it quits, including the likes of Kendra Wilkinson and Hank Baskett, Channing Tatum and Jenna Dewan, and Alicia Silverstone and Chris Jarecki.