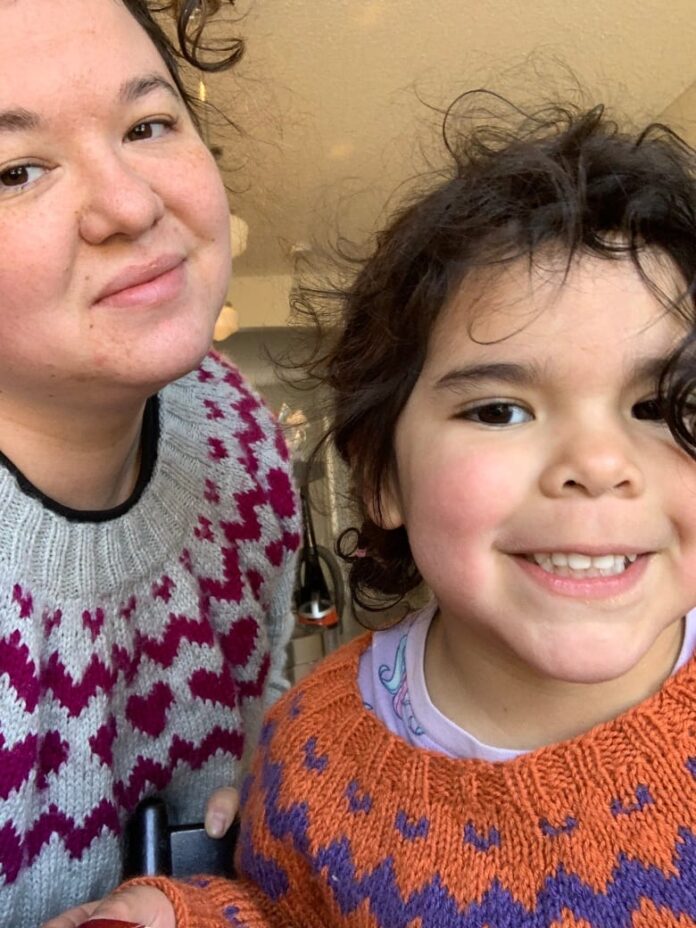 Many Alberta parents are frustrated the provincial government isn’t moving more quickly to start vaccinating children five and under against COVID-19 — and they’re calling for swift action.

Moderna’s pediatric doses for kids between six months and five years old were authorized by Health Canada two weeks ago.

And while all other provinces are either already offering the shots, or are at least allowing bookings, the Alberta government has yet to release a detailed plan, beyond saying it expects to start vaccinating young children by the end of July.

“It makes me mad … and envious of the other provinces,” said Edmonton mother Ameila Vela, who is anxiously waiting to get her daughter, who turns four in August, vaccinated against COVID.

In an effort to protect her from infection Vela has been very cautious and opted not to schedule a family vacation this summer.

The lack of any detailed information from the provincial government is a big concern for her.

“I would see it as a big fail. There’s been no communication to us on when we’re going to actually be allowed to book a vaccine for our daughter.”

According to the federal government’s website 46,700 doses of Moderna’s pediatric vaccine had been distributed to Alberta as of Thursday and 34,400 had been delivered as of July 21, one week earlier.

Alberta Health did not respond to CBC’s latest inquiries. But on July 25 a spokesperson said a plan was still in the works.

“We’re currently finalizing details of what this will mean for Alberta. As always, our planning to roll this vaccine out to Albertans will depend on supply from the federal government,” said spokesperson Charity Wallace in a statement emailed to CBC News.

“We expect to receive an initial supply and be able to begin rolling out this vaccine by the end of this month. We’ll update Albertans on next steps as soon as possible.”

“It’s really frustrating that other provinces already have this dose in children’s arms and our province hasn’t even given us an update as to the timelines,” said Calgarian David Cloutier, who has two children under the age of five.

He took both of his kids to the U.S. for their first dose and he’s eager to get them vaccinated with their second.

“The fact that there are [46,700] doses that have been brought into this province and we don’t have any information about delivery is just so frustrating as a parent,” he said.

“I feel so left behind. And I feel like I have no way to get answers. Because I’m not able to reach anyone. No one is sharing any information as to how these doses are going to get to children that are eligible for this vaccine.”

Fed up with the pace of Alberta’s rollout, many parents have taken to Twitter in an effort to pressure the province to take action. And the group Vax Hunters Alberta has been urging parents to contact the premier and health minister.

He’s been calling and emailing government officials, including Health Minister Jason Copping, with no response.

“Both on the federal and provincial level I feel like there’s been very little communication,” he said.

“The urgency is all gone. As parents of a three year old we’ve felt pretty left behind … It seems like they didn’t care about whether kids got COVID or not. It’s a new virus. We’re only two years into this, you don’t know what the long-term effects might be.”

The advocacy group Support our Students Alberta is also hearing from worried parents, in particular those with children set to start kindergarten in the fall.

“Time is of the essence and we’re kind of wasting it by inching closer to school with no idea of when we can get shots in arms for the younger kids,” said Wing Li, communications director with the group.

Li, who has a child starting school in September who is not yet eligible, said with no public health measures in place and no shots yet for the youngest, many parents feel the need to be hyper-vigilant.

“Starting kindergarten in a school year — the fourth school year impacted by COVID — and I would argue we have the least number of protections this year,” said Li.

“It’s scary, not even having the most basic tools that are available elsewhere. Just not in this province yet.”

“It’s very concerning because it kind of points to the attitude overall about vaccination for children — that it’s not as urgent in messaging from the government standpoint.”