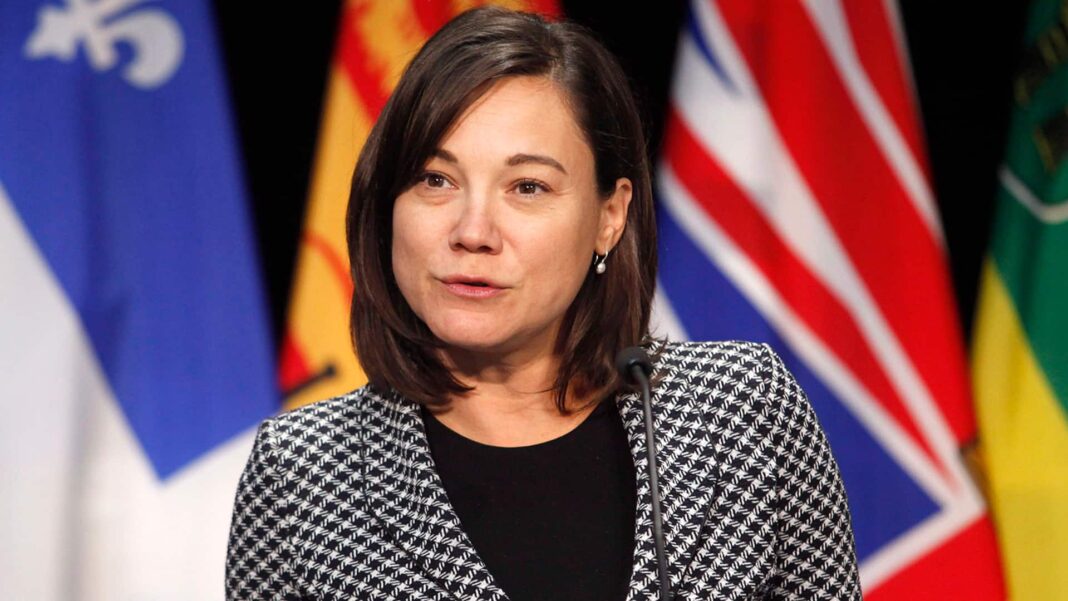 Over the last four years, Lethbridge NDP MLA Shannon Phillips has had suspicions that some members of the city’s police force have been monitoring her.

A cache of newly released documents show she was right.

Back in 2017, when Phillips was Alberta’s environment minister, Lethbridge police officers took surreptitious photographs of her at a diner and posted them anonymously on the internet. But Phillips believed there was additional evidence she was being watched.

So in August 2020, she put in a request under the Freedom of Information and Protection of Privacy Act (known as FOIP) on herself and the Lethbridge Police.

The result, which she received late last year, was 9,308 pages on a compact disc. Almost all of it is blacked out in full or in part, but the several hundred unredacted pages released and viewed exclusively by CBC News contain startling revelations. 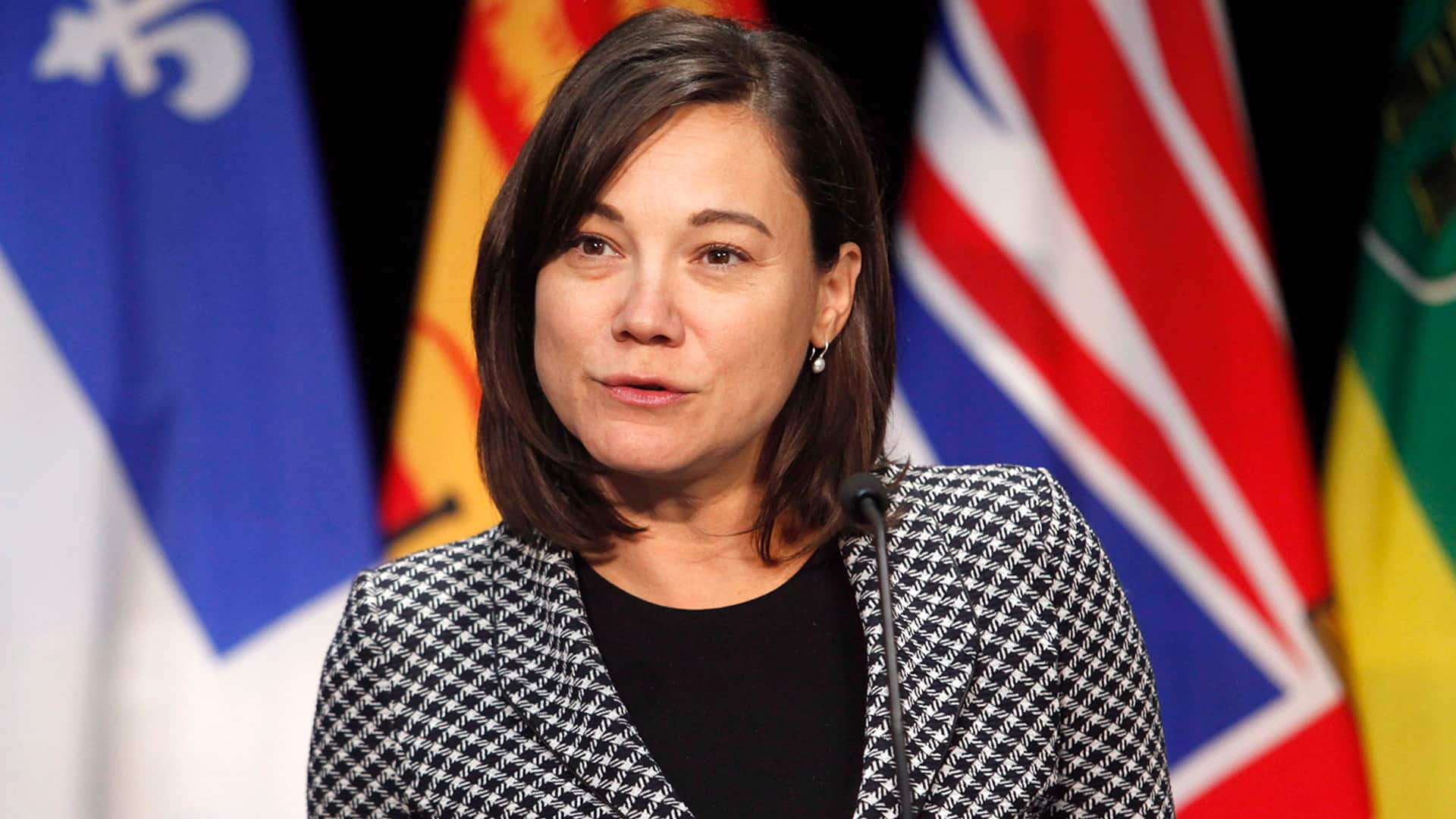 After moving to protect some provincial trails from ATVs, Alberta’s former environment minister Shannon Phillips thought someone was following her. What she didn’t know was that it was members of the Lethbridge police. 8:20

Over the course of 11 months in 2018, Phillips’s name was searched eight times by five different police officers, one of whom is now retired, as well as one civilian employee.

While the documents reveal that police accessed files containing personal information about Phillips, there was no investigative purpose given for any of those searches. This is in stark contrast to searches done with a legitimate purpose — for example, when Phillips’s car was stolen in June 2017.

The searches revealed in the FOIP request were “a fishing expedition, for reasons of snooping or wanting to engage in gossip,” Phillips said in a recent interview with CBC News. “There is no reason associated with the search in those records.”

The FOIP request also revealed that a complainant told police she believed Phillips was meant to be drugged at a Lethbridge bar in 2016 — an allegation that police never shared with Phillips.

When contacted by CBC News, none of the individuals identified in the search audit nor the Lethbridge Police Service provided any information, clarification or comment for this story.

An audit of each time Phillips’s name was searched in the Lethbridge Police Service database, known as Niche, raises serious ethical and legal questions, said Emily Laidlaw, a cybersecurity legal expert and associate professor at the University of Calgary.

If the searches of Phillips’s name weren’t authorized for police business, they could violate both privacy legislation and the Criminal Code, Laidlaw said.

“This is no different than hacking. It’s just that they don’t need to break into a system to gain access to the data,” Laidlaw said. “They actually have it available to them and they’re supposed to exercise self-restraint.”

While CBC News was researching and conducting interviews for this story, Alberta’s Serious Incident Response Team (ASIRT) announced it would be investigating all the searches conducted in 2018 that Phillips identified in her complaint.

The records indicate that:

Both Woods and Christos are associated with the Professional Standards Unit, but Lethbridge Police will not confirm if there was an active investigation that required them to access Phillips’s records. There is no investigative or professional standards purpose listed in the documents.

When ASIRT publicly announced its investigation, LPS Chief Shahin Mehdizadeh wrote to CBC News that “it would seem improper for any of the staff members … to comment publicly … while an investigation is ongoing.”

In the statement, Mehdizadeh took exception to CBC News contacting individuals named in the documents for comment or clarification, characterizing it as “accusations” against them.

“It also would be highly improper for you to report any conclusions about who did or did not conduct a database search without investigative purpose until the [ASIRT] investigation properly has run its course,” Mehdizadeh warned.

CBC News is required, legally and journalistically, to seek comment from the named individuals and the Lethbridge Police Service.

‘What happened with the information?’

Michael Bates, Phillips’s lawyer, wondered just how far the information obtained in the searches might have gone. “If they were [done] for a personal reason, a non-law enforcement reason, what happened with the information? Where was it spread? How did it get used?”

Bates said he hopes the ASIRT investigation tracks what exactly was done with Phillips’s personal information. “Those are really key, important pieces to try and get to the bottom of.”

The searches of Phillips’s name are not the only explosive details the documents revealed. While going through the documents, Phillips was chilled by a March 2016 complaint made to police by a person whose name was redacted.

The person told police that six days prior, they believed they had been “drugged while drinking at the Owl Bar,” a reference to a popular pub in Lethbridge.

After drinking a shot of Irish whisky, the alleged victim told police they “did not remember anything.” The heavily redacted complaint states that someone, whose name is also blacked out, “thought the shot was meant for [Shannon] Phillips.”

Phillips said she doesn’t keep a calendar of social events, but some of her staff members were in her district on the date of the alleged offence, and she said it’s possible they might have visited the pub that night for “a burger and a beer.”

According to the report, the officer asked questions about “varied versions” of the incident and clarified a chronological breakdown of the night in question before noting the complainant “did not wish to have any further police action taken.”

It’s not clear whether the incident was ever investigated beyond the initial complaint.

Phillips said she wasn’t told anything about the alleged drugging. Despite being listed as a complainant on the police report, she only learned of the unsettling allegations while combing through the documents released to her under FOIP.

“So this was March of 2016 that this evidently happened,” said Phillips. “I’m listed as a witness in the police report and I find out about it on December 8th, 2020?”

Her lawyer has questions, too ― namely, why police wouldn’t warn someone, particularly a cabinet minister at the time, about such a potential threat.

“What decisions were made as to why that would not be information that would be shared with a person who is named as an intended target?” Michael Bates said.

Phillips, who is now the opposition finance critic in Alberta, has been routinely subjected to the type of vile, misogynistic correspondence that is common for many women in politics. The atmosphere was threatening enough that the province provided her close protection service bodyguards at one point in her first term.

Phillips’s constituency assistant, Lisa Lambert, acted as a buffer between her boss and the hate she was receiving via email and social media, which continues today.

“We used to say that if we hadn’t been called a [misogynistic slur] by nine in the morning, we weren’t at work yet,” said Lambert. “It was constant.”

Lambert kept files of the worst examples, including some related to a 2017 plan proposed by Phillips to phase out off-highway vehicle (OHV) use on designated trails in Castle Provincial Park, west of Lethbridge, which drew protests from off-road enthusiasts.

Many of the people writing hateful emails and social media posts didn’t even bother to hide their names. When they did, Lambert did whatever online sleuthing she could to find out the person’s true identity.

In 2017, surreptitious photos of Phillips taken at a diner where she met with some friends and environmentalists were shared by an anonymous Facebook account.

The account belonged to someone called Mike Corps, and erroneously reported that the group at Phillips’s table had been talking about closing other trails in Alberta for bison reintroduction.

Lambert said that when she let Phillips know, Phillips reportedly told her, “‘Well, the only person that could have taken that was an officer in uniform.'” Phillips told Lambert that the table at the diner that would have had that camera angle was occupied by on-duty officers with the Lethbridge Police Service.

Through more online sleuthing, Lambert discovered that LPS Const. Keon Woronuk was behind the Facebook post, which identified Phillips as “everyone’s favourite hypocrite.”

An investigation by the Medicine Hat Police Service into the spying incident and a subsequent disciplinary hearing in July 2020 determined both Carrier and Woronuk were off-road enthusiasts who opposed the NDP government and its plans for Castle Park.

Woronuk had arrived at the diner after his colleague Sgt. Jason Carrier had snapped the first photos, and Carrier shared them via text.

“It’s scary to have yourself surreptitiously photographed and then the contents of a meeting completely lied about,” Phillips said.

According to the investigation, Woronuk took it even further than the photos and posts. He followed two of the guests of that meeting — environmentalists Harvey Locke and Marie-Eve Marchand — in their vehicle for five blocks before losing them at a red light. He also ran a search on their licence plate.

Both officers were disciplined and demoted a rank for their misconduct. 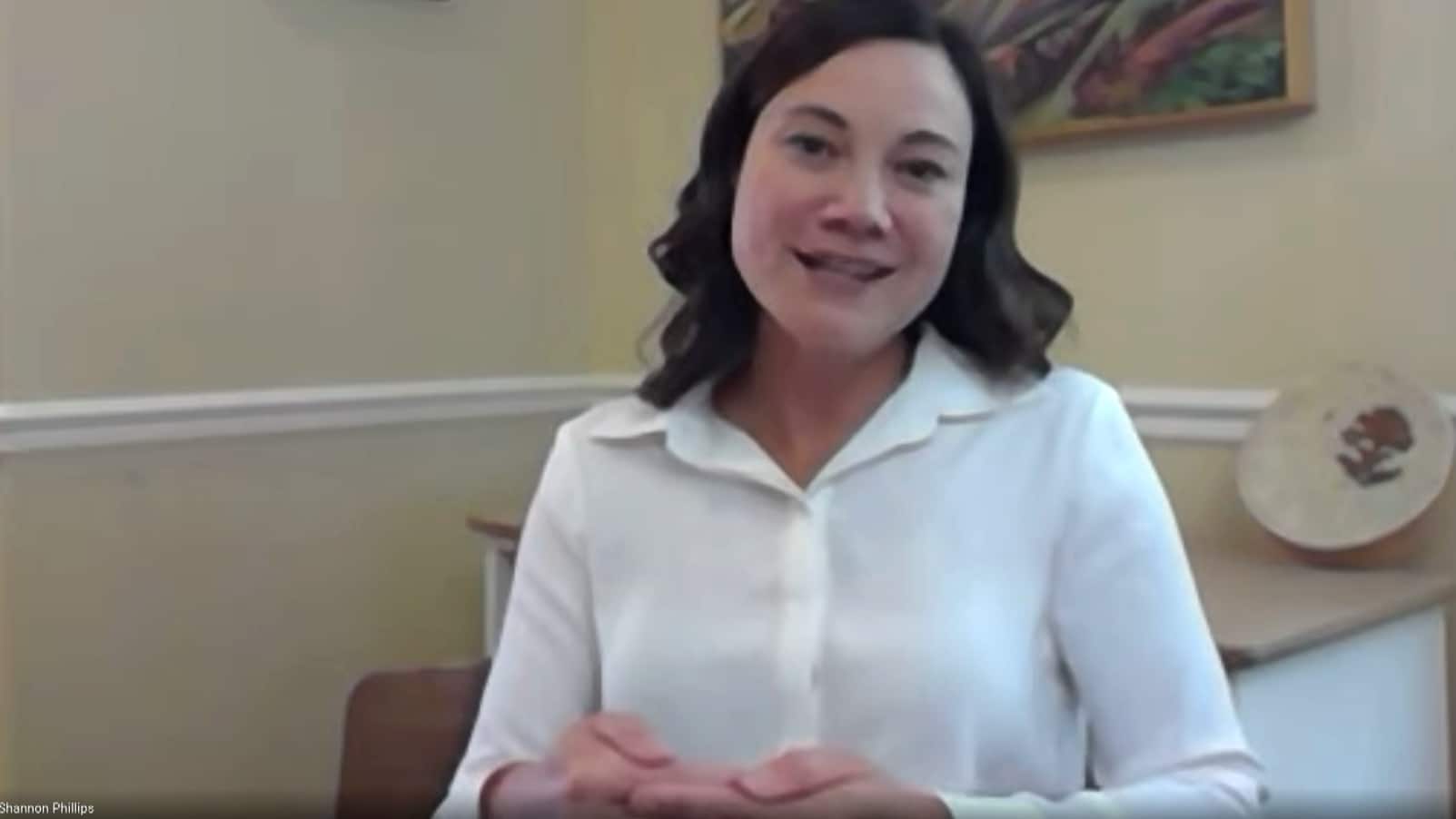 The former Alberta NDP cabinet minister and current MLA for Lethbridge-West says an external investigation would help restore trust in Lethbridge police after learning two officers conducted surveillance on her without authorization. 1:41

But last month, the Law Enforcement Review Board called their disciplinary process “tainted, flawed and grossly inadequate,” while granting Phillips the right to appeal the discipline. That appeal will likely happen in September.

Nearly four years later, Lambert is still stunned by what she uncovered from that anonymous social media posting in 2017.

“I was just so sickened by a thought that someone was out there taking photographs of [Phillips], in a police uniform, with the power of the state,” Lambert said.

Phillips knows that the new investigations she has instigated may well uncover even more upsetting details. But she said there’s a principle at stake.

“These guys still don’t understand that there’s a line between your personal feelings and how you do your job as a law enforcement official,” she said.

“If you cannot find it in yourself to prosecute [police] duties in a way that leaves aside your feelings and your little political tantrums, you do not deserve the gun and the badge and the uniform.”