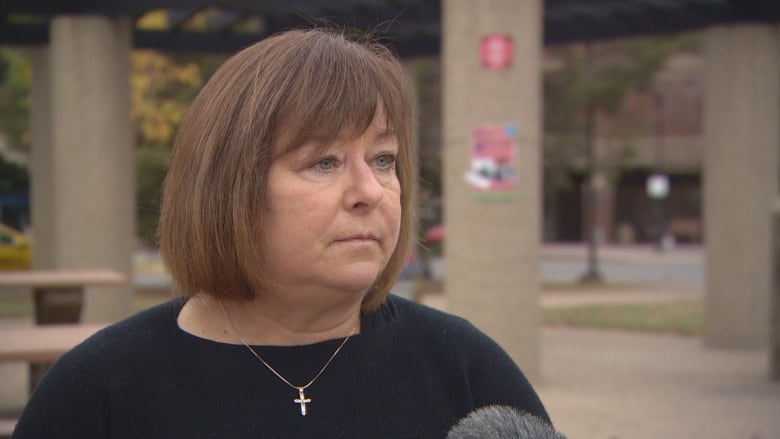 Daryl Czuy had a second chance at life after his double lung transplant in 2016. But now, stricken with COVID-19, he’s being forced to fight for a third chance — and it might be because some of his family members had initially refused to get vaccinated.

The anti-rejection medication he’s taken since the transplant left the 63-year-old Sylvan Lake, Alta., man immunosuppressed. So he and his wife, Raylene Czuy, stayed physically distanced from others when the pandemic hit and got their COVID-19 vaccinations as soon as possible.

Unfortunately, not everyone in their family was originally on board.

“We’d had conversations with our family [about] the importance of getting vaccinated. But I guess we didn’t insist,” Raylene said.

Their son, Tyson, eventually got both doses, and his fiancée has one dose. But their daughter and her partner are unvaccinated, although they are now looking into it.

In early September, Daryl, Raylene and their two children, along with their kids’ partners and their five young grandchildren, all under the age of 12, held an outdoor photo shoot. Daryl and Raylene were the only ones who were fully vaccinated.

If it came from that event, I feel like that was a costly, costly mistake.— Raylene Czuy

Soon after, almost half the group, including Daryl, tested positive for the coronavirus.

Daryl was taken to hospital on Sept. 21. Two days later, he was admitted to the intensive care unit at the University of Alberta Hospital and was later transferred to its COVID-19 unit.

“If it came from that event, I feel like that was a costly, costly mistake,” Raylene said.

CBC News spoke with Daryl from his hospital bed. He’s on oxygen and yearning to get out of hospital and back to his family.

“You just don’t know what’s next,” he said of having COVID-19. “You don’t know if you’re going to end up back in ICU or getting ventilated.”

Daryl said he would not be in this position if everyone he interacted with had been fully vaccinated.

“I’m mad because I got immediate family that aren’t just getting their shots for whatever reason,” he said.

Tyson had been unsure about getting vaccinated. That changed after a candid conversation with his father in July.

“He basically begged me to get it. He said, you know, if you’re willing to get the vaccine to travel, please just do it now for me,” Tyson said. “He was in tears…. He looked scared.”

Tyson said he regrets not getting vaccinated sooner.

Dr. Justin Weinkauf, interim transplant section chief for Alberta’s health authority, is part of the team caring for Daryl. He said transplant patients are more vulnerable to COVID-19 because their immune systems have been weakened.

Since the start of the pandemic, there have been 45 COVID-19 infections in lung transplant patients, he said. Ten of those patients have died — nine of them in 2021 alone.

“This is very concerning. We would see sporadic infections earlier in the pandemic, but now we’re seeing what seems to be a wave of infections in our patients,” Weinkauf said.

He said the transplant program is pleading with patients to stay home, physically distance, wear a mask and do whatever they can to avoid contracting COVID-19.

“I worry every day and every night about the patients,” the physician said.

Daryl has been in hospital for almost three weeks, and there’s no timeline for when he could be released. Tyson said the last few weeks have been an eye-opener.

As for Daryl, he said it has been a tough lesson for everyone involved.

“Whatever your beliefs are, get over that. Get in and get your shots,” he said.