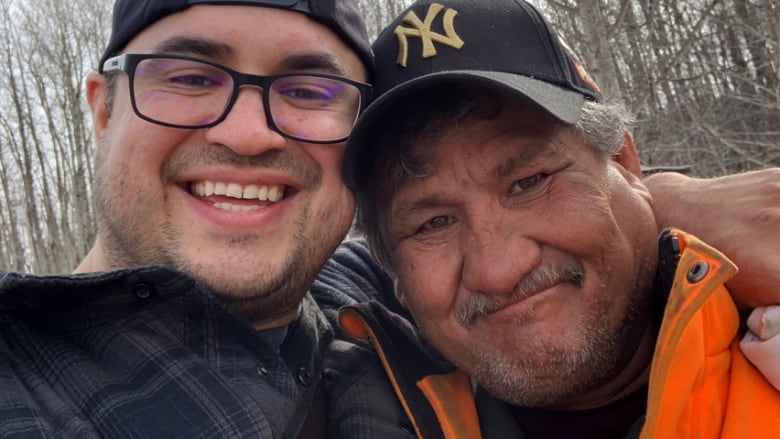 An Alberta man found guilty of manslaughter in the deaths of two Métis hunters is appealing his conviction and sentence.

Roger Bilodeau was convicted in May and sentenced to 10 years in prison for the deaths of Jacob Sansom and Maurice Cardinal, who were shot and killed on a rural Alberta road after a brief vehicle pursuit in March 2020.

Bilodeau will receive about 4½ years credit for time already served.

Bilodeau’s son Anthony, who was tried at the same time as his father, was convicted of second-degree murder in Cardinal’s death and found guilty of manslaughter in Sansom’s death.

In a notice of appeal Monday, Roger Bilodeau argues that the trial judge failed to properly instruct the jury on an aspect of the Criminal Code.

In trial, prosecutors argued the elder Bilodeau took the law into his own hands when he asked his son to bring a gun while he chased the truck Sansom and Cardinal were driving.

The Crown argued that the father and son were angry because they thought the two hunters were trying to steal from them.

Anthony Bilodeau is expected to be sentenced in November.

The court heard that Sansom, 39, and Cardinal, 57, had been moose hunting near Glendon, Alta., in March 2020, so they could fill the family’s freezer with meat as COVID-19 was shutting down businesses.

Justice Eric Macklin said that Sansom and Cardinal were not only providers for their families, but also the community at large by doing things such as giving food for families in need.

“They were described as men who honoured Mother Earth and were knowledge keepers of their culture. No sentence can relieve the heartbreak, anger and hurt suffered by the victims’ families and friends.”