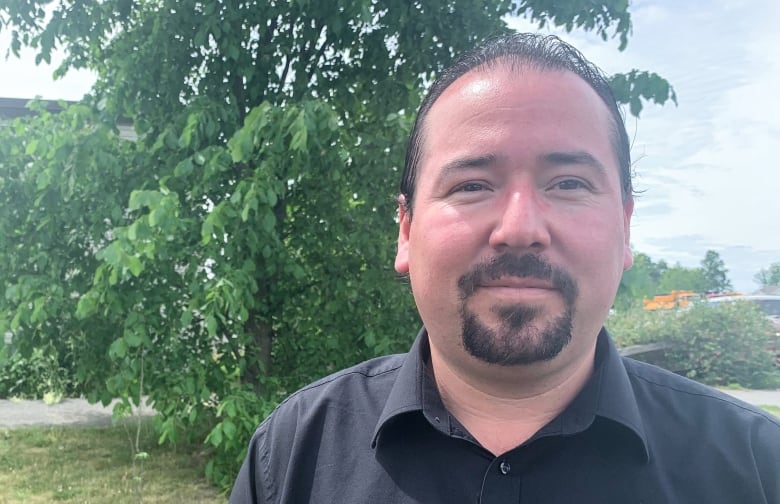 Estimates of just how many people living in the Mohawk Nation at Akwesasne are fully vaccinated vary significantly, but its chief insists the number is skewed due to cross-border vaccinations.

Akwesasne is unique in that it sprawls over 10,000 hectares of land across Quebec, Ontario and New York. Its residents are dual citizens of both Canada and the U.S. and are allowed under treaty rights to travel between the two countries during the pandemic.

That also means residents need to navigate three health jurisdictions -— at times a source of frustration for the local Mohawk government, which is trying to track who gets tested for COVID-19 and who has received the vaccine.

“It’s a real quagmire in this situation,” said Abram Benedict, the grand chief of the Mohawk Council of Akwesasne on the Canadian side.

Crossing the border for a vaccine

The latest data from the Canadian side of the Mohawk nation shows that as of early July, only 1,173 people were fully vaccinated among a population of 12,000 — just less than 10 per cent.

South of the border, the territory in New York is known as the St. Regis Mohawk Reservation. Its numbers from the same period show 3,508 of the 11,000 residents received both doses — almost a third of the population.

Benedict believes data for his community is incomplete because residents have travelled to pharmacies and clinics in New York to get vaccinated. Residents are encouraged to inform their home jurisdiction if they do so, but the chief says few self-report.

“We don’t have all of these numbers in one system,” said Benedict, who believes the true percentage of population fully vaccinated is near 50 per cent.

“But I can’t substantiate [it with] any sort of data.”

The lack of communication between public health authorities in Ontario, Quebec and New York is also a “nightmare,” the chief added.

The Eastern Ontario Health Unit declined to comment, while the health unit for the Quebec section said people living there must notify the Mohawk Council when vaccinated to ensure they obtain a vaccine receipt.

A spokesperson for the New York state government said it does not have jurisdictional authority over First Nations.

Dr. Ojistoh Horn, the sole family doctor on the Canadian side for most of the pandemic, disputes Benedict’s estimates. She said it’s unlikely some 5,000 patients crossed the St. Lawrence River to get a shot.

Horn did say many residents don’t trust the federal government, which has led to vaccine hesitancy, and that is hard to overcome.

“We have a profound mistrust,” she said, particularly noting residential schools and their multi-generational impact.

The family doctor admitted she did not plan to take a COVID-19 vaccine until she knew it was safe, and felt informed enough to answer patients’ concerns.

Horn is now fully vaccinated, but convincing her own 82-year-old mother to get vaccinated was “quite a long process.”

“I managed to allay her fears just enough to allow her mind to look at all the stuff, the information, and come up with the decision to get vaccinated,” Horn recalled.

Despite the challenges, the Mohawk Nation of Akwesasne managed to limit the number of COVID cases to under 700 across its two communities since the start of the pandemic — an incidence rate comparable to Ottawa.

Moving forward, Benedict said his community still needs to roll out mobile vaccine clinics to reach certain pockets. Horn says, as a family doctor, she and other front-line workers need to be involved to help alleviate residents’ concerns.