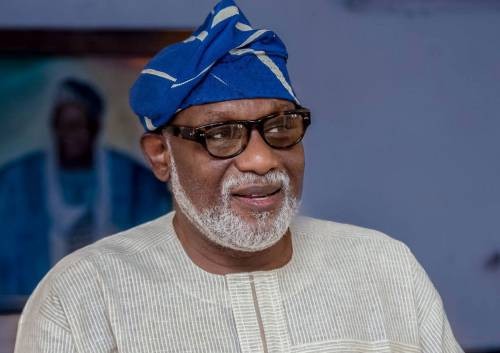 The governor, who did not attend the plenary session of the Assembly, presented the budget proposal through the Clerk of the House, Mr. Bode Adeyelu.

In the budget proposal, a sum of N58.097bn was earmarked for capital expenditure while recurrent expenditure would gulp a sum of 95.123bn and N8.127bn was proposed for debt services. Also, a sum of N5.374bn was budgeted for statutory transfer.

During the plenary, the motion for the presentation of the budget was moved by the majority leader of the Assembly Mr. Joseph Araoyinbo and was seconded by the Deputy Speaker, Mr. Iroju Ogundeji

After going through the second reading, the House ordered that the budget should be committed to the House Committee on Finance and Appropriation for further process on passage.

Speaking on the bill, the former speaker of the Assembly, Mrs. Jumoke Akindele, urged the committee on appropriation to give the bill speedy passage for the benefit of the people of the state.

She commended  Governor Akeredolu for allocating a substantial amount to the Ondo State University of  Science and Technology, Okitipupa in the budget, and for paying attention to the institution since the coming on board of the present administration.

It would be recalled that the immediate past administration of Dr. Olusegun Mimiko moved to present the budget to the Assembly in February but was prevented due to the leadership crisis that rocked the House.