Air Force officials handed out 200 contracts worth $75 million in one week. Here’s how they did it 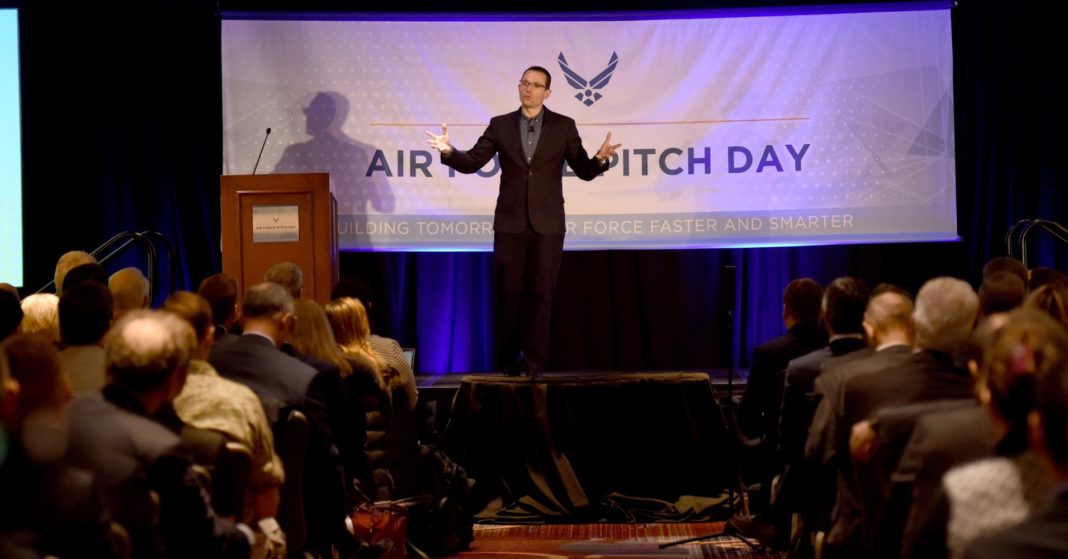 NEW YORK — Usually it takes months or even years for the U.S. military’s acquisition process to play out. But recently, the Air Force managed to gobble up more than 200 acquisitions in just one week.

The flurry of moves clustered around the service branch’s first-ever “Pitch Day” last month, when officials heard direct proposals from 59 small companies — and contracts were awarded within minutes through swipes of a credit card.

Of those businesses, 51 signed a one-page contract and received an initial award of up to $158,000 within minutes of their presentations. In other words, the Air Force handed over $3.5 million in contract awards via government credit card in a handful of hours.

Over the course of a week, the Air Force awarded more than 200 contracts valued at $75 million.

The only real hiccup in the accelerated awarding process came when the bank would flag some of the credit card swipes on suspicion of fraud due to the unusually high frequency of transactions, according to Will Roper, the Air Force’s acquisitions head.

On average, the Air Force awarded a contract and made the first payment via government credit card swipe in 15 minutes. The fastest happened in just three minutes. Prior to Pitch Day, the fastest service contract award took three months.

Roper cautioned, however, that the speed came with oversight and due diligence. “We do our homework on them, just like any investor would,” he said.

The rapid process will likely come as a surprise for people accustomed to hearing about government waste and yearslong acquisitions processes. But this event was tailored to small businesses, which might otherwise have had to take out bank loans in the months leading up to receiving government contracts, Roper added.

“We tried to find any mechanism in the government’s toolbox at our disposal that could get an industry partner cash the day we decided they deserve it,” he said. “The government credit card was the only way we found in the regulations that govern the way we do acquisition.”

Roper also bristled at the notion that critics might question the use of the card for the event.

“And for those that think the credit card is a gimmick, well, they need to come down and work with companies for whom money matters,” he added. “That paycheck today means they are now focused on our mission and not making payroll.”

One of the contracts went to San Francisco’s CrowdAI, a start-up co-founded by a Google veteran who is eager to help the Air Force develop smarter maps. The firm aims to turn globally available satellite data into useful combat information by applying deep learning techniques.

“The Air Force has access to a lot of data, both commercial as well as U.S. government satellite data, but the thing is, it takes crowds of analysts to go through that imagery, and that’s where our AI comes in,” said CEO and co-founder Devaki Raj.

After meeting with Roper and other Pentagon officials, Raj told CNBC the next step following the Air Force contract is to continue to develop the software to meet the needs of the service branch.

She presented the Air Force with a series of examples of how airmen could use the software she helped develop to augment their missions. For example, the artificial intelligence can highlight patterns, movements and changes that might otherwise go unnoticed.

What’s more, CrowdAI is able to quickly compile, analyze and map out regions that the U.S. military operates in. During her presentation to the Air Force, Raj showed how artificial intelligence was able to map the entire country of Syria in about six hours, a resource that could help the military understand the changing landscape of the war-torn country.

“They focused on how the end user would actually use the software, if the technology was scalable and technology readiness,” she said. “They fundamentally wanted to make sure that this was a commercially viable product.”