Wowplus
Home World News Agriculture is living up to our expectation as major job creator –... 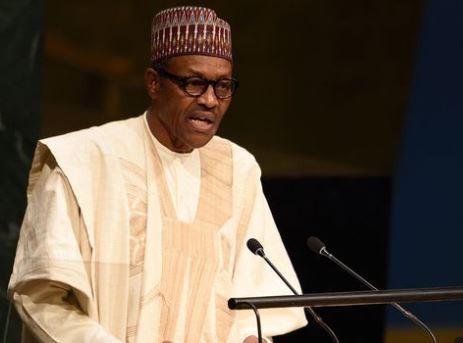 President Buhari has expressed satisfaction with the growing role of agriculture as a strategy for jobs creation among young Nigerians.

Speaking while receiving Boukekri Rmilli, the Foreign Minister of Tunisia at the State House in Abuja on Tuesday, President Buhari said his administration will increase its support for agriculture as a mechanism for jobs creation.

“We are trying very hard to provide jobs, for our youths. We are investing heavily in agriculture. Following the uncertainty in the oil market and the huge unemployment situation in the country, we chose to put our fate in agriculture. I am glad that our young people are accepting agriculture instead of waiting for white-collar jobs. They are out there sweating it out in the sun, making a living. Agriculture is the way to go, even when we are realising this almost belatedly,” the President said.

He added that the administration recognises the progress Tunisia has made in agriculture, tourism and medical health, and will shortly, from now, raise a team to visit that country to identify sectors in which the two countries can work together.

In this regard, he expressed happiness with the resuscitation of the Nigeria – Tunisia Binational Commission which was attended by a large delegation of businessmen and prospective investors.

Rmilli, who is also the leader of the delegation of businessmen, informed the President that his country is anxious to grow trade relationships with Nigeria. He expressed satisfaction with the large number of local business men who turned up for the Nigeria – Tunisia Business Forum on Monday in Abuja.

The Minister delivered a special message to President Buhari, in which Mr. Beji Caid Essebsi, President of Tunisia, congratulated the Nigerian leader on his achievements in security, economy and role in Africa.