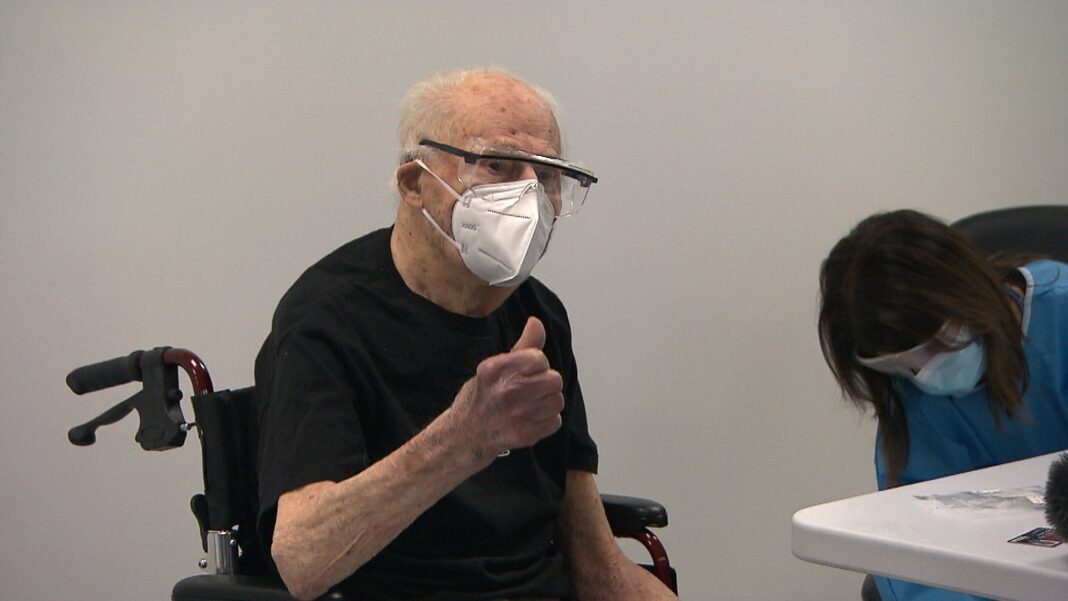 Stanley Sepchuk was just a baby when the so-called Spanish flu killed tens of thousands of Canadians, but he got through it just fine.

In his teens, he sold the brand-new bicycle his father got for him so he could buy his first trumpet. He did it, his daughter says, because he was fascinated by music and wanted to give it a try.

That budding passion quickly turned into a way of life, starting with local gigs when he was about 17. He then went on to play alongside some of the greats, including Frank Sinatra.

The 103-year-old resident of Hudson, Que., has seen much in his long life, but lately he’s been seeing nothing but the inside of his home so as to avoid catching COVID-19.

On Wednesday, he finally ventured outdoors with his daughter, Melody, to get inoculated against the coronavirus at a makeshift vaccine site at Decarie Square in Côte Saint-Luc, Que., on the Island of Montreal.

A joker with a broad smile, Sepchuk said he was looking forward to the vaccine “more or less. Mostly more.”

A recent fall has him in a wheelchair for now, but his spirits were high, even with safety goggles and a mask on his face as he was administered the potentially life-saving vaccine.

Even before he got the shot, Sepchuk was ready to cap off the long day with some wine.

WATCH: One of Quebec’s oldest veterans get vaccinated 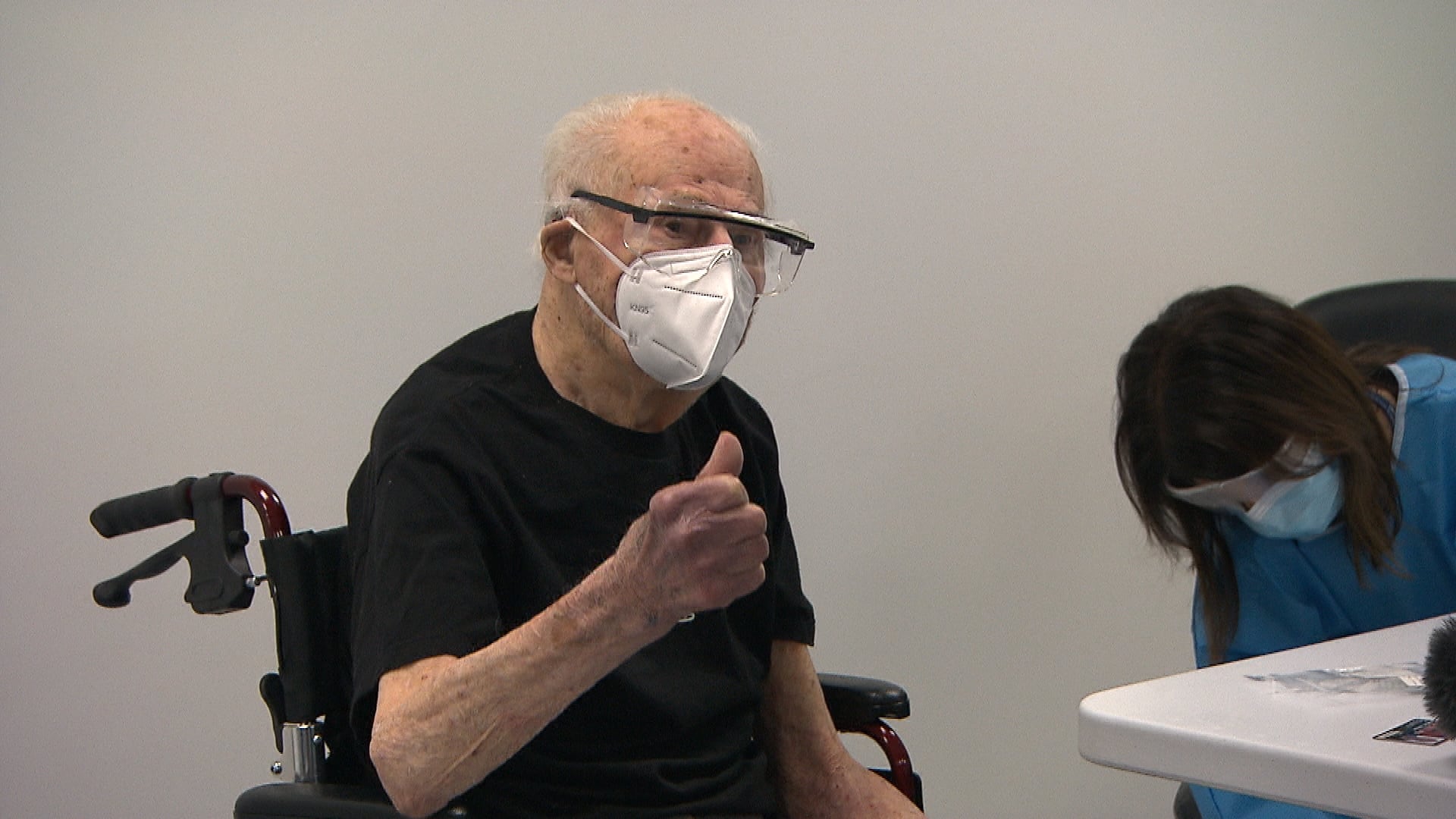 Stanley Sepchuk is one of Quebec’s oldest Second World War veterans, and was once a popular jazz musician. He survived the 1918 pandemic, and now he’s getting vaccinated to make it through another one. 1:54

Music and ‘looking for girls’

Sepchuk is no stranger to enjoying a drink after a long day. He used to play clubs across Montreal at a time when the city’s nightlife was hopping with live music, dancing and plenty of booze.

In his 20s, during World War II, he served as a trumpeter for the Royal Canadian Air Force Band.

He went on to become a popular jazz musician, playing his trumpet, trombone, singing and, he said, “looking for girls.”

Sepchuk, who went by the stage name of Stan Martin, was the music director of the McGill University’s production of Red and White Revue in 1949. He also played at the first Montreal Jazz Festival in 1980.

While Peterson was local, many others came from afar to play Montreal.

They chose Spechuk and his band, Stan Martin and his Orchestra, to take the stage with them, as he was considered the best in town. Sinatra became a regular, and Spechuk got to know him well.

“We had a little tiff now and again, but he was OK,” Sepchuck remembered. “Nice fellow.”

He lived most of his life in Montreal but moved west to Hudson in his 80s as he slowly began retiring from the music scene.

For his 100th birthday in November 2017, the local newspaper, The Journal, asked him if he still played the trumpet and he is quoted as saying: “Hey, I’m just glad to be breathing!”

He cracked a similar joke with CBC Montreal when asked the same question on Wednesday.

After getting the shot, he gave a thumbs up and waved to health-care staff on his way out. He said getting the vaccine was “OK” and he feels “like I felt yesterday.”

He said it was time to go home, get some sleep and do some drinking.