After 6 months of mystery pain, Toronto man learns he had a wasp stinger in his neck 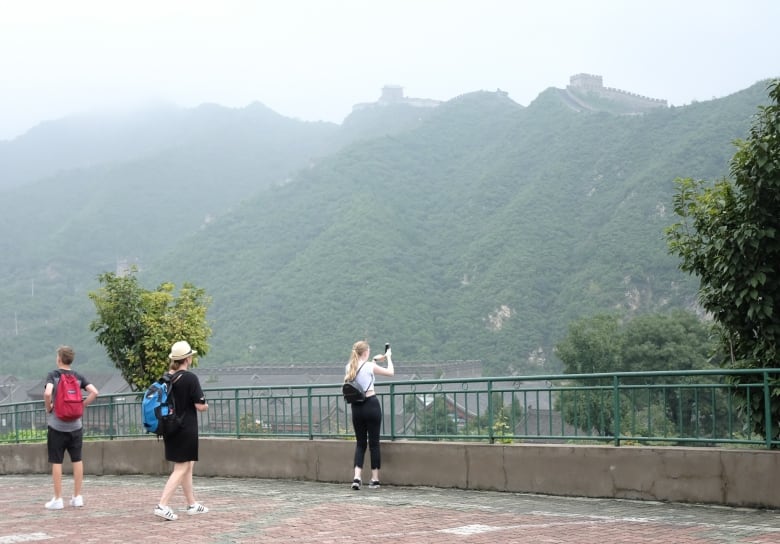 John Wright is pictured here at the Great Wall of China, minutes before getting stung by a venomous wasp. (Submitted by John Wright )

For six long months, John Wright found himself in and out of the emergency room with confusing, debilitating pain.

He underwent dozens of medical tests to get to the bottom of his mysterious symptoms — including an MRI, a CT Scan, and at least 46 rounds of blood work.

He was starting to lose hope when he walked into the Toronto General Hospital’s Tropical Disease Unit earlier this month and met Dr. Andrea Boggild.

“Within 48 hours, I was assessed and the doctor said, ‘Well, it’s a wasp sting. You’ve had a neurotoxin put in you. And, as a matter of fact, we can see the stinger. It’s right in your neck there,'” Wright, 61, told As It Happens host Carol Off.

Stung at the Great Wall

It all started on a family excursion to the Great Wall of China in September, when a wasp stung him on the left side of his neck.

About three or four weeks after the sting, the symptoms began.

“I was heading to bed one night and it felt like a little bug scattering down my neck and I literally slapped my neck a couple of times,” he said. 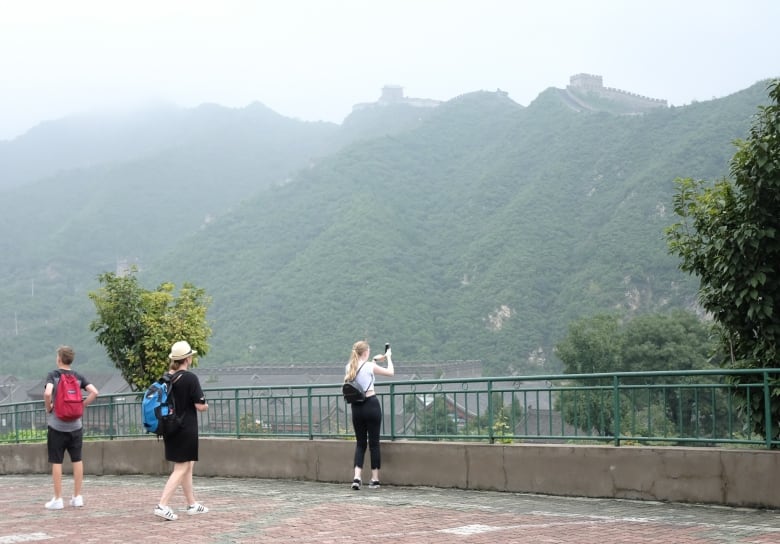 John Wright’s family is pictured at the Great Wall. (Submitted by John Wright)

Then, over the next week or so, he began to feel a “tingling sensation.” It started near the site of the wasp sting, but then spread to his earlobe, the back of his neck, around his left shoulder and onto his throat.

“At those early stages, it was like a cluster of Christmas lights that would flash on intermittently and randomly,” he said. “And they were growing more and more intense as this went on.”

Tests upon test, and trips to the ER

He went to see his family doctor and reported the wasp sting.

But there was no visible wound on his skin, so the doctor instead referred him to a series of specialists to rule out any possible underlying causes.

“Over the course of the next four months, I visited the cardiology department once for a survey of my neck to make sure that there wasn’t anything clogging the arteries, the internal medicine department twice, the neurology department three times,” he said.

“But it also involved five trips to the emergency department as it escalated and became quite severe.”

Meanwhile, the symptoms only got scarier.

“What started to happen … in fairly fast sequence was that my foot, my calf, my hand and my arm would be warm to the touch … but it would be ice cold inside,” he said.

That cold feeling spread to his chest and skull.

“It started [feeling] like a monkey playing with a temperature gauge — it would go on and off and on and off,” he said. “It was very disturbing.”

He kept telling the doctors about his neck, he said, but nobody connected the dots.

“It wasn’t until a little less than a month ago, I paraded into the emergency ward and demanded that I be referred directly to the Tropical Disease Unit.”

That’s where he met Dr. Boggild and got his first definitive diagnosis on May 7. There was a stinger embedded in his neck.

Want to thank <a href=”https://twitter.com/UHN?ref_src=twsrc%5Etfw”>@UHN</a> Dr. Andrea Boggild who figured out what 2 MRI’s a CT Scan, 46 bloodworks, heads of Internal Medicine, Rheumatology and Neurology could not: Chinese wasp venom neurotoxin sting with stinger still in my neck for 6 months. After removal, no more symptoms…XXOO

“And the solution to it was really quite remarkable,” he said.

She instructed him to go home and exfoliate.

But he followed the doctor’s orders and started scrubbing his neck nightly with an exfoliating device from the drug store.

Slowly, but surely, he’s been removing the skin where the stinger had been and he’s already feeling much better.

“It’s 99 per cent out. You can just see the tip of it if you look really closely,” he said.

Boggild says most venomous wasp stings will cause some swelling and pain that go away pretty quickly.

But sometimes a piece of the wasp’s mouth or stinger gets left behind when someone reflexively swats it away. That can spell trouble — especially if the sting contains neurotoxins meant to immobilize prey.

“These neurotoxins can have effects on humans that manifest as neurologic complaints such as headache, odd sensations in and around the sting site, and tingling or burning of the limbs,” she said.

“Many symptoms of envenomations will continue for weeks to months after injection as it takes time for the body to metabolize the venom.”

It can be very hard to diagnose, she said.

“There are no conclusive diagnostic tests for envenomations, and the diagnosis rests on compatible epidemiology (i.e., the patient was in the right place at the right time and exposed to the right animal or insect) and compatible symptoms and the absence of alternate diagnoses,” Boggild wrote.

As for Wright, he says he wishes he went to the Tropical Disease Unit right away.

“It’s a really important lesson to anyone who goes to a foreign country,” he said.

“I would certainly agree with the suggestion to refer to specialized services if envenomations are suspected. And definitely agree with listening to the patient,” she said. “Ninety-nine per cent of medicine is the story.”