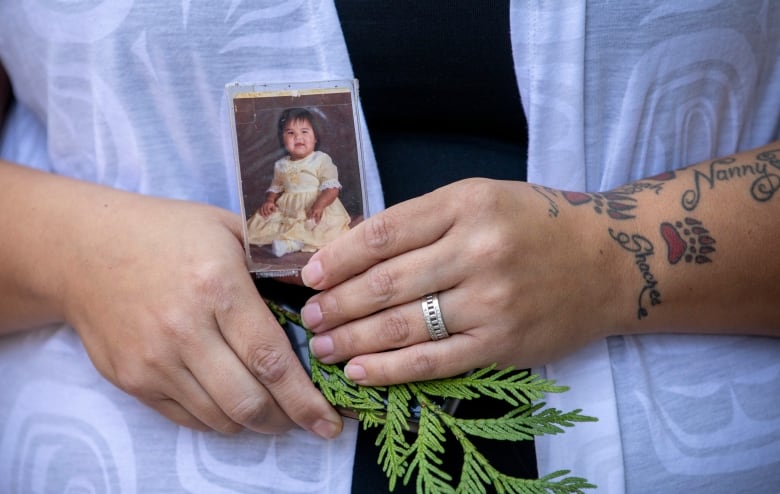 On an October day in 1983 in the coastal B.C. town of Prince Rupert, a first-degree murder trial began for a 17-year-old named Phillip Tallio who was accused of sexually assaulting and killing his 22-month-old cousin.

According to court documents, a psychologist who spoke with the teen at the time claimed Tallio, who came from the tiny First Nations community of Bella Coola, had the mental capacity of a 12-year-old and a “rather blind faith that someone will come and rescue him.”

Instead, in what Tallio’s lawyers claim was a miscarriage of justice fuelled by police “tunnel vision,” ineptitude of legal counsel and the questionable tactics of a controversial forensic psychiatrist, Tallio pleaded guilty to second-degree murder.

This week, in B.C.’s Court of Appeal, Tallio’s lawyers will attempt to undo that alleged injustice — asking the judges to allow the 54-year-old to withdraw the plea he entered in 1983 and order an acquittal or stay of proceedings.

If Tallio wins, the nearly four decades he spent in jail will be the longest time any Canadian has served for a wrongful conviction.

“What adds to the magnitude of the Tallio case is that it does touch on so many issues that are still very, very relevant 37 years later,” says Tallio’s lawyer, Rachel Barsky.

“Like racism toward Indigenous people and cracks in the justice system and policing and how we police better — there’s just so many things that we are still grappling with that, in hindsight, were very much at the forefront of this case.”

Tallio is expected to take the stand Tuesday for the first day of what is scheduled to be a month-long hearing. The first three weeks of the appeal will involve the introduction of fresh evidence — which is rare in an appeal — followed by submissions on the law.

The record of the case that accompanies Barsky’s written arguments reads like the plot of a true-crime podcast or TV series like Netflix’s Making a Murderer — complete with alternate suspects, new witnesses and fresh DNA evidence.

Barsky trained in investigative journalism before she entered law school, where she first encountered the Tallio case as part of the University of B.C.’s Innocence Project. She was called to the bar in July 2014 and took the case with her into private practice.

“I just never ended up passing along the case, because I was really involved in doing the investigation and really thought there was something I had to see through,” Barsky said.

“It’s been so much a part of me that it’s going to be a new chapter when the work on this case is complete.”

According to the defence submissions, Tallio was the person who discovered Delavina Mack’s body at the home of the child’s grandparents in the early hours of April 23, 1983.

She had been sexually assaulted and asphyxiated.

The victim’s father told police he and his wife had asked Tallio to check on her — something his wife later denied at a preliminary hearing.

The previous night had been full of partying in Bella Coola, but Tallio had not been drinking.

Witnesses who were not interviewed by police at the time claimed they saw the teen walking calmly to the house and then running from the scene looking “really concerned and scared” minutes later.

Tallio’s lawyers have focused their sights on two alternate suspects: his uncle, Cyril, was convicted in the ’90s of sexually assaulting young girls, and Delavina’s great-grandfather Wilfred, who was known to have done the same. Both men are now dead.

Witnesses unearthed by the defence claimed a box of Wilfred’s bloody clothes was burned on the day of the murder, and that Cyril was seen carrying garbage bags from the house where the child was killed and headed to a spot where plumes of smoke were then observed.

The RCMP descended on Bella Coola at about noon that day and by the time they left 24 hours later, they had Tallio in custody and what they claimed was a confession.

In his first two interrogations, Tallio maintained his innocence; both were audio-taped,

But the RCMP officer who allegedly took his confession during a third round of questioning claimed the machine malfunctioned when the teen admitted his guilt.

The confession was ruled involuntary and inadmissible, but while Tallio was awaiting trial, a provincial court judge remanded him to the B.C. Forensic Psychiatric Institute for a mental fitness assessment.

While he was there, a psychiatrist named Dr. Robert Pos claimed that after reviewing the case against him, he asked Tallio a question to which Tallio allegedly gave answers that suggested he was guilty.

According to the appeal documents, a psychiatrist who worked with Pos said his methods were widely seen as “objectively dangerous and unreliable.” Pos allegedly believed he could tell psychopaths from the bulge of their veins and the way the hair on his own neck stood up in their presence.

But the defence submissions claim Tallio’s trial lawyer saw Pos’s testimony as a bargaining chip, because without it, the Crown wouldn’t have a case, which meant they would be likely to consider a plea in the event the judge was asked to exclude it.

‘Unaware fight against murder charge was over’

Tallio, according to the documents, claims he did “not understand much of what was going on” but “trusted” his lawyer.

“Phillip was unaware that ‘pleading guilty’ meant that he was admitting to raping and killing his cousin,” the documents state.

“Phillip states that he was also unaware that his fight against the murder charge was over. He did not know that the trial was actually over until months later.”

The plea deal saw Tallio receive a life sentence with the possibility of parole after 10 years. But he was never released, because he refused to admit his guilt to the parole board.

Tallio was granted bail under strict conditions in January 2020 pending the outcome of his appeal.

The Crown will argue that Tallio’s plea was voluntary and that he had the mental capacity to instruct his lawyer.

According to court documents, the Crown also claims the case would have gone to a jury with or without the evidence of the psychiatrist, Pos, at which point Tallio’s presence at the scene of the crime would have been “highly incriminating.”

‘We do not understand’

Delvina’s family would not comment on the appeal but said they plan to be in court. In the past, they have spoken to CBC News about the pain caused by both the murder and Tallio’s attempt to reverse the course of his conviction.

“People need to understand that Delavina was an innocent toddler, and that she came from a very loving family,” her cousin Rhoda Desjarlais told a reporter at Tallio’s bail hearing.

“We do not understand why the story has changed after admitting the crime.”

Tallio’s appeal centres on his application to withdraw his guilty plea.

His lawyers plan to argue that it wasn’t “voluntary unequivocal and informed” and that it was a miscarriage of justice that came about because a provincial judge didn’t have the jurisdiction to remand Tallio to the forensic institute where he allegedly spoke to Pos.

They also claim that Tallio’s legal counsel at the time of his trial was ineffective because he failed to realize that the psychiatrist’s testimony would not have been admissible — seizing on a plea deal unnecessarily.

Barsky says they will also argue that new DNA evidence excludes Tallio as the perpetrator and that there is evidence the initial investigation was “glaringly inadequate and that others perpetrated the crime and covered it up.”