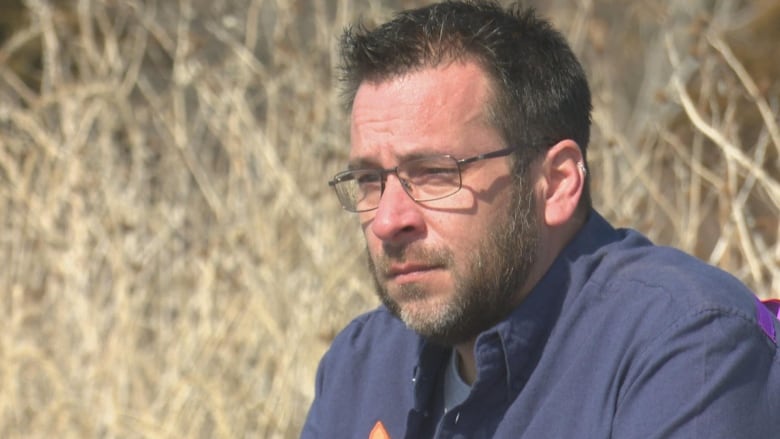 That 10-year process capped what has been a 230-year long fight for land for the First Nation. Now, its council is making big plans for their new land, looking forward to making new homes for their members and creating businesses to help it thrive.

In November, 2020, the First Nation finally overcame all the procedural hurdles to take full possession of a 80-hectare property at Bevel Line Road and Seacliff Drive in Leamington, Ont.  that it had obtained a decade ago in a land claim settlement.

Robyn Perkins, councillor and acting chief for Caldwell, said she had been bugging officials to find out when the First Nation would get reserve status, knowing it was coming soon.

“We were in a council meeting when I got the email and announced it to council. And we all just erupted with cheers and clapping. So it was a very joyous and happy moment, but there was also, for me, there is a bit of sorrow that was involved as well,” said Perkins.

“There was a lot of ancestors and chiefs before us that fought for so long to get our reserve status and get our land back. And they weren’t able to celebrate that with us. So it was mixed emotions.”

Caldwell’s lost land dates back to War of 1812

The traditional lands of Caldwell stretch from the Detroit River all the way to Long Point on the north shore of Lake Erie, including Point Pelee National Park, which the nation still uses today.

Darryl van Oirschot is the education and cultural experiences delivery, or knowledge keeper, for Caldwell First Nation. He says what led to the land being lost from Caldwell is a history of colonization and events from the War of 1812.

“That’s really where we made a connection to say, we are allied with the British, because the British promised us that our homeland would be retained for us. Obviously, those promises didn’t come true at that point due to people losing their lives in the War of 1812 and those promises not being cared for by the living,” said van Oirschot

He says by the War of 1812, Caldwell members had developed into the area extensively and would use other areas to hunt and gather but Point Pelee was still their home. After the war, settlers had taken over some of the areas and “we were no longer the only people around,” said van Oirschot.

“So it wasn’t until about the 1850s that we were chased out of the area. And it was you know, it’s an ugly part of our history, but it is part. And we now have a great relationship with Point Pelee again and this is part of our home again.”

Dan Dufour has been a project co-ordinator at Point Pelee National Park for more than 20 years and says a while ago there was a realization Parks Canada and Caldwell “weren’t working as well together as we could have.”

So an advisory circle was formed between the governments of the park and Caldwell, and that was when the two groups really began to mesh.

“That has led to a lot of changes over time. And then more recently, there has been not just an issue within our national park, but within national parks and historic sites across the country where we realized that we really needed to improve our communications,” said Dufour.

An initiative called Stories of Canada, which is happening in parks across the country, was given funding through Parks Canada, to talk about the stories of Indigenous people of the parks that haven’t been discussed before.

Currently, they’re working with Caldwell to be able to tell their stories better, and have even renamed the day use area in Anishinaabemowin to acknowledge the area’s history.

“We’re partners in conservation, we work together, really, and everything relating to the health of the park and the peninsula. The Caldwell people were here before Point Pelee was known as a national park. They’ve always been here and they’ve always been working toward the same conservation goals that Parks Canada is trying to pursue today,” said Dufour.

Looking toward the future

Stan Scott is a councillor with Caldwell and says they have lots of plans for the future of the First Nation, with economic development and housing being the priority for members to move to the reserve.

“Some [members] are close by in southern Ontario, some living out west in B.C., Alberta, in the U.S., different states, so we are very spread out at this time. And so we’re looking at giving the members an opportunity to move back home and start the plans to get members to come back to live on reserve,” said Scott.

They’re looking to start building 40 to 50 homes on the new land, and have already begun work on the economic side, including working on a restaurant called Three Fires Restaurant which will be able to hold 600 patrons.

They’ve also begun renovating their arena and have a winery business, where they harvested their first crop of grapes last fall. They also starting a cannabis business which Scott says they’re close to getting licensed by Health Canada to grow medical marijuana, and have plans for a gas station as well.