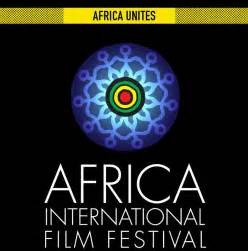 The annual festival is set for its seventh-year run as organisers promise a vibrant experience.

Organisers of the annual Africa International Film Festival (AFRIFF) have announced that this year’s showcase will take place in Lagos between October 29 and November 4, 2017.

This was disclosed at a press launch and announcement cocktail  party at the British Council in Ikoyi on Tuesday, October 3.

The annual festival is set for its seventh-year run as organisers promise a vibrant experience that’ll celebrate the magic of African cinema.

As is tradition, an array of movies will be screened during the festival’s seven-day run as it hosts competitions in several categories including short films, feature films, documentaries, animated films, and short films made by film students.

The opening movie of the festival is I Am Not a Witch, directed by 35-year-old  Zambian-born, Cardiff-raised Rungano Nyoni.

Nyoni’s first feature film tackles the systematic constraints placed on women in Zambia, and her own experiences with sexism in the film industry.

This year’s film line-up includes a host of entries from Francophone filmmakers as a fulfilment of organisers’ wish last year to honour France and La Francophonie in a long-term vision of artistic collaborations and partnerships.

Industry professionals and others willing to attend the festival at the end of the month have been asked to register on AFRIFF’s official website.

The first edition of the film festival took place in Port Harcourt 2010, while the 2013 and 2014 editions were held in Calabar.