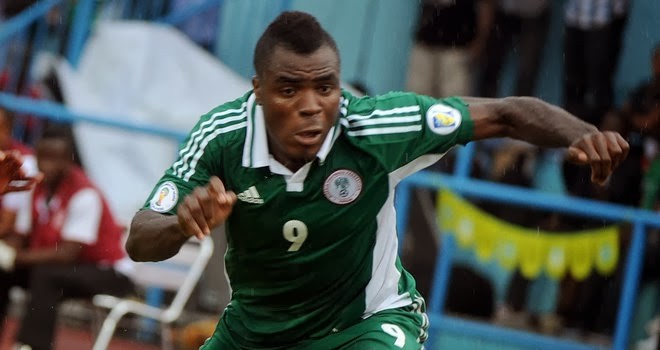 Knowledge Musona celebrated his first match as Zimbabwe captain with a sensational hat-trick in a 3-0 win over Liberia in Harare on Sunday.

And it was all smiles for Ghana who crushed Ethiopia 5-0 as qualifying for the 2019 Africa Cup of Nations in Cameroon got underway this weekend.

Musona’s heroics sent Zimbabwe to the top of Group G on goal difference from the Democratic Republic of Congo, who overcame neighbours Congo Brazzaville 3-1 in Kinshasa a day earlier.

Belgium-based Musona became the first Zimbabwean since Peter Ndlovu in 2004 to score a hat-trick for the national team as limited and understrength Liberia were brushed aside.

A perfectly timed run to spring an offside trap put Musona one-on-one with goalkeeper Boison Wynney after 24 minutes and he scored easily.

Kudakwashe Mahachi cut the ball back for Musona to slam in his second on 50 minutes and he completed his treble 13 minutes later with a close-range shot.

Ghana, who have been among the top four finishers in the past six Cup of Nations without managing to lift the trophy, wasted no time taking control against Ethiopia in Kumasi.

Veteran striker Asamoah Gyan nodded the four-time African champions into a 10th-minute lead and spectacular shots from John Boye and Ebenezer Ofori made it 3-0 by half-time.

Switzerland-based Raphael Dwamena bagged a second-half brace to complete the rout against Ethiopia, who had to replace injured goalkeeper Abel Mamo after the fifth goal.

It was an encouraging start for Kwesi Appiah in his second spell as Ghana coach — the previous one ended after a first round exit from the 2014 World Cup in Brazil.

The wide winning margin gave Ghana top place in Group F on goal difference from Sierra Leone, who ended a 10-match unbeaten run by Kenya with a 2-1 victory in soggy Freetown the previous day.

Elsewhere, Benin edged the Gambia 1-0 in Cotonou and the Central African Republic grabbed a stoppage-time 2-1 victory over Rwanda in Bangui.

Salif Keita netted three minutes into stoppage time to snatch a 2-1 win for the Central African Republic after Rwandan Ernest Sugira had equalised in the 90th minute.

The central Africans trail Guinea on goals scored in Group H — a mini-league 2015 champions the Ivory Coast were expected to dominate from the start.

Geoffrey Sserunkuma scored seven minutes from time to earn Uganda a 1-0 win over Cape Verde in Praia in a match delayed 24 hours because the visitors had travel difficulties.

The results brought a sense of normality to qualifying for the premier African national team competition after a string of shocks the previous day.

Former champions Nigeria, Ivory Coast and Zambia lost at home to South Africa, Guinea and Mozambique respectively — outcomes no pundit foresaw ahead of the 24-fixture schedule.