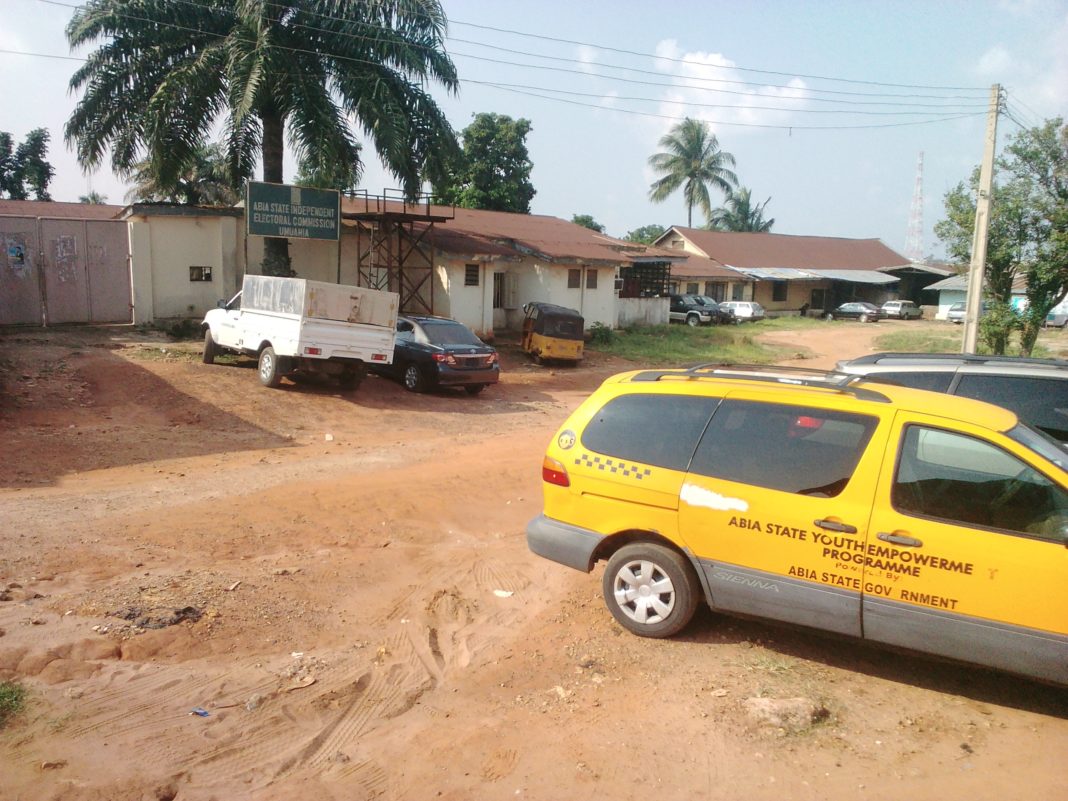 The office of the Abia State Independent Electoral Commission, has been put under lock and key by the landlord over eight years of unpaid rent.

The state Electoral Commission is located at Library Avenue, in Umuahia, the state capital.

Speaking with DAILY POST at ABSIEC premises in Umuahia, on Wednesday, the landlord of the office building, who gave his name as Mr. Udeh, complained that the Governor Okezie Ikpeazu’s directive on the payment was being flouted.

He said, “We are law-abiding citizens of this state. As Abians, we want our grievances to be made known to the Governor, who has given approval that the rent of eight years be paid to us since January.

“They told us that we should wait for the budget to be approved. We waited and the budget was approved. Till now, they are sitting on the directive.

“We want the governor to know that his kind gestures towards us were being frustrated by his subordinates.

“It is not confrontational. The Governor is a peace loving man. He came in and saw that for eight years, the rent of ABSIEC has not been paid. And he felt bad. That is why he gave the directive it should be paid to date.”

Udeh said he was left with no other option than to lock up the place until the needful was done.

Meanwhile, as of the time of filing this report, the chairman of the Commission, Justice Igbozurike Akomas could not be reached for comment.