A series of explosions at a fireworks depot in Mexico has killed at least 24 people and injured more than 40 others. 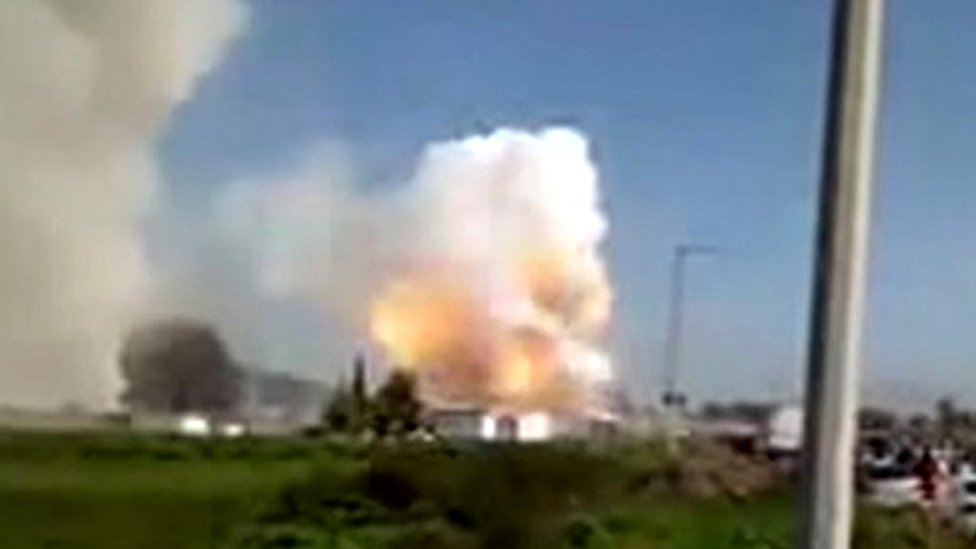 The state of Mexico’s interior minister, Alejandro Ozuna, called for an “exhaustive review” of all the workshop’s permits after the blast, saying the manufacturing “must be regulated” for the people’s safety.

At the time there were calls for the market to be closed, but President Enrique Peña Nieto promised to rebuild it and help hundreds of local artisans who had lost their livelihoods.

‘ Terrible blast’
A market in the town has twice been badly damaged by explosions. More than 40 people died in blasts there in 2016.

” I was having breakfast when there was a terrible blast. We left the house running and I saw a huge white cloud in the sky, as if it were going to rain – except today it rained fire,” said resident Alondra Perez, quoted by the AFP news agency.The government of Mexico state said in a statement: “Emergency crews attended the call of the first explosion, when a second incident occurred, killing and injuring members of these groups.”

At least four workshops were destroyed, local media said. A fire triggered by the blasts was said to have been brought under control.

The town, about 30km (20 miles) from Mexico City, is known as the country’s pyrotechnic capital.

The biggest blasts took place as emergency responders arrived at the scene in the town of Tultepec.

Authorities said four firefighters and five police were casualties in the blast, as well as a minor.