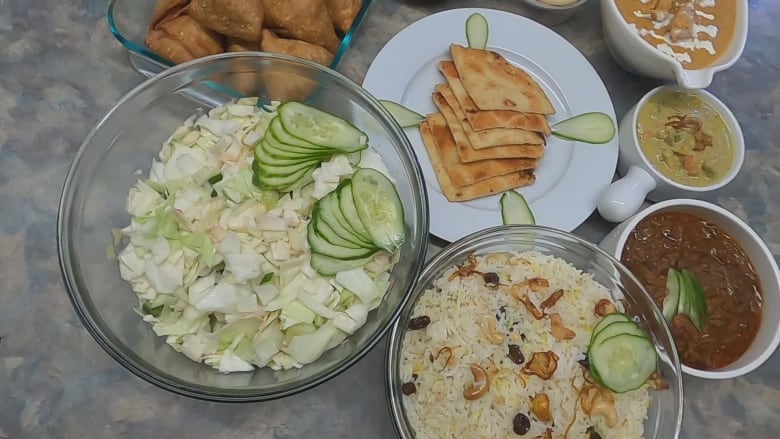 When Mithun Mathew opened his SpiceX restaurant in St. John’s, serving delicious Indian food wasn’t the only goal he had in mind.

“Opening up a restaurant helped me a lot in giving back to the community. Because, always we have the food, then why not give to the people?” he said.

Since opening in February, and despite a slow start caused by the COVID-19 pandemic, Mathew and SpiceX have been providing free meals to vulnerable people.

“Every month we had a certain plan,” he said. “First month we helped students, and then we helped people who have low income, and the next month we focused on homeless people.”

The outreach gave Mathew a personal boost and helped reassure him he was on the right track, despite starting out at a tough time in the restaurant business.

“By seeing their face, I feel happy. And they promise me that once they are in a good state, they will help back the community and surely they will come to my restaurant and buy my food. That’s what keeps me motivation to give back to the community.”

Hear Mathew tell the story himself in the video below: 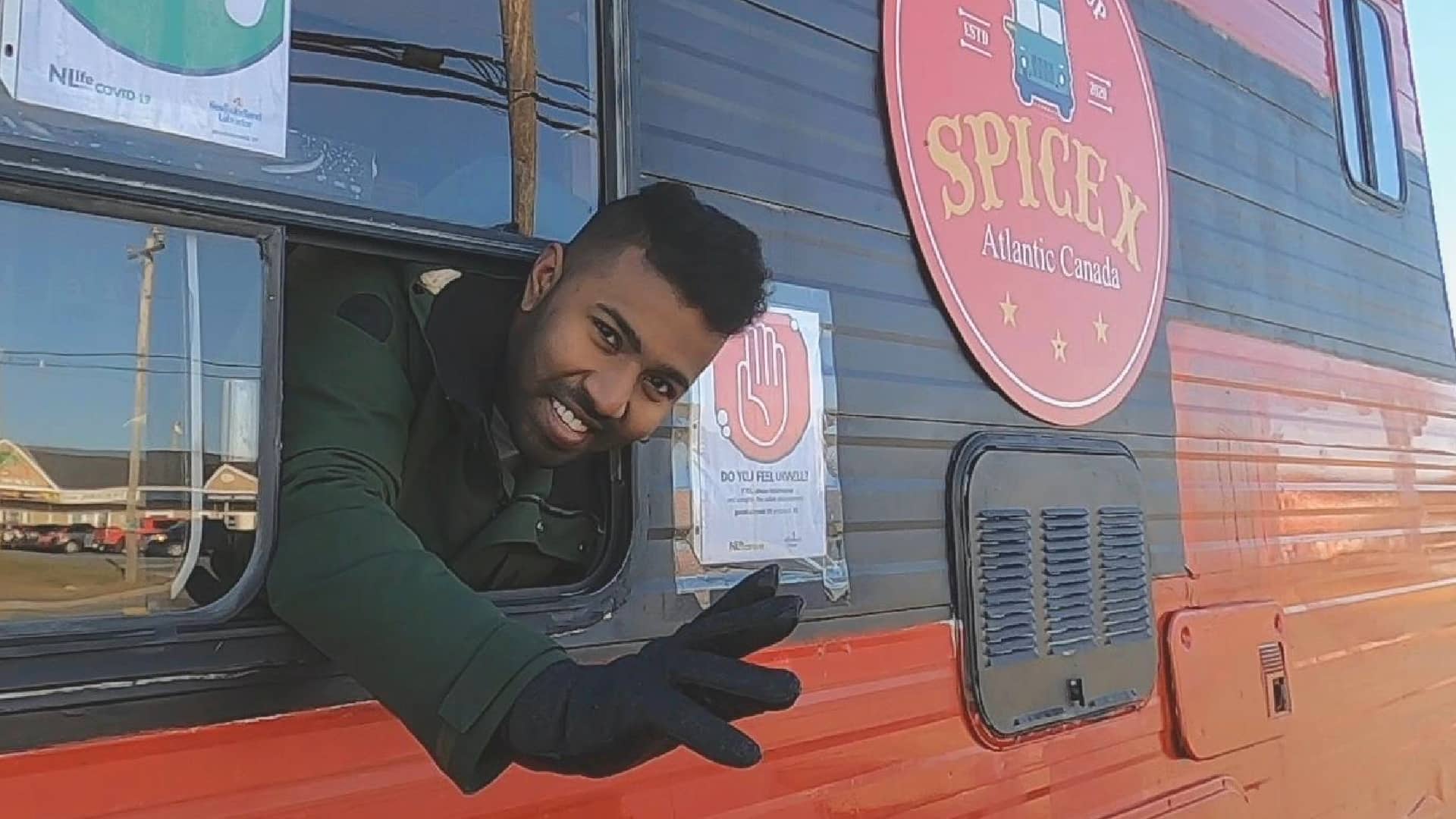 Mithun Mathew gives free food from his restaurant to vulnerable people. After his food truck was robbed, he decided to give even more 3:04

Despite all that giving, Mathew recently had some very important things taken from him.

After opening the SpiceX restaurant on Empire Avenue in St. John’s, Mathew bought an old RV camper, and started converting it into a food truck, which he planned to station on Topsail Road in Paradise.

In November, Mathew was just about to get the truck on the road and open for business. One night, he spotted people sneaking around the truck. At first he didn’t think anything of it. But when he checked, he found the locks had been broken, and the truck had been burglarized. Much of his newly installed equipment was gone.

The thieves had even taken the truck’s licence plate.

Not only was Mathew out a lot of money, the robbery necessitated a new inspection of the truck, further delaying his timetable for opening.

“I feel a bit down, because it’s all the money I saved from my full-time job to start my business,” he said. But without skipping a beat, Mathew made clear he wasn’t angry with the culprits. “This is a time where people don’t have a job and stuff like that…they might be hungry. That may be the reason they have done that.”

A double serving of kindness

Despite being out of pocket for the stolen equipment, and behind on his plans for the food truck, Mathew vowed that his policy of providing free food for people in need wouldn’t change.

“I feel like I should help more,” he said. “A lot of people do this because they are hungry. They are afraid to ask you for food. So when you are giving food for hungry people, they will come and get it instead of doing this. So all this robbery and stuff like that can be stopped in this way too. That is what my belief is.”

It hasn’t been an easy year for Mathew. The pandemic continues to stifle his business, and the entire restaurant industry. But Mathew sees the free food that comes out of his kitchen as a way to invest in the future, by feeding a community that could someday turn into paying customers.

“By helping, in the future they can be my support,” Mathew said. “I believe kindness is our main purpose, human beings being kind to each other and loving each other.”

CBC’s Make the Season Kind campaign runs from Dec. 1-18. Join us in helping local food banks, and celebrating stories of kindness in your community. You can win weekly prizes by making a donation of sharing your story. Click here to learn more.