A history of moving from boxing into the MMA world 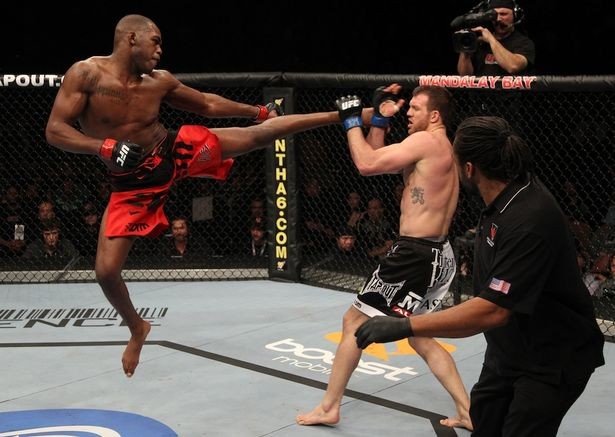 There have been dozens of boxers who ventured into the world of mixed martial arts. Some put together decent careers but could not conquer important titles. Others had only sporadic appearances. The most sound case of transitioning to MMA was that of James Toney, who lost to Randy Couture when he invaded the octagon.

Here is a look at some of the most notable boxers to enter the octagon.

“Lights Out” Toney was an excellent boxer. He conquered titles at middleweight, super middleweight and cruiserweight, and he became the heavyweight champion of a lesser known organization. He went on to the Octagon to face Randy Couture at UFC 118 in August 2010, when he lost by submission in the first round. After that, he returned to boxing and even fought this past May at almost 50 years old.

Holm is one of the success stories of such a move. She initially started in boxing and kickboxing, winning the welterweight belt of the World Boxing Association and World Boxing Council with a solid record. Once getting into MMA, she became the UFC’s bantamweight champion when she knocked out Ronda Rousey. Still, she has lost three of her past four fights.

Mercer was the World Boxing Organization heavyweight champion in 1991, when he knocked out Tommy Morrison. In 2002, he had a title opportunity against Wladimir Klitschko, but fell short when he was stopped in the sixth round. Already retired from boxing and more than 40 years old, he tried his luck in mixed martial arts in 2009. He faced Tim Sylvia, whom he knocked out in the first round. His victory was a one-and-done.

This charismatic New York fighter is one of the few to be undefeated both in boxing and mixed martial arts. She is close to challenging for a world championship in a brilliant boxing career, and just last June, she tried her luck in MMA and managed to knock out Alice Yauger in a bloody battle.

Better known as ‘Butterbean’ or the four-round champion, Esch’s claim-to-fame came when he faced Larry Holmes in the legendary fighter’s last bout and lost by unanimous decision. Once weighing more than 300 pounds, he had a remarkable record in boxing against four-round fighters. At the dawn of the new millennium, he ventured into MMA and had some wins, but was nothing to boast about.

Jimmerson was probably the first boxer to move to mixed martial arts. As a boxer, he had a 33-18 record, but he never claimed a big title as a light heavyweight or cruiserweight. When he made the jump to MMA in 1993, he was immediately defeated in the first round of UFC 1 by Royce Gracie via submission.

The Mexican-American boxer had a career of nearly 20 years in professional boxing, during which she became the World Boxing Council´s world super welterweight champion. In 2008, she fought in the Octagon and had a first-round victory over Rhonda Gallegos. However, she did not go back to the MMA ring ever again.

This Nicaraguan fighter, nicknamed “Matador” or “Loco,” was welterweight and super welterweight world champion. In 2015, he lost to Sugar Shane Mosley, but he also defeated Vernon Forrest twice as a boxer. His venture into the MMA world came in 2013, with all four of his fights coming that year. He thought he had won his debut fight, but the commission decided that it had been by illegal blow and changed it to a no decision. He then lost his next three fights before calling it quits.

A Californian fighter of Philippine descent, Ana Julaton had a successful ride in boxing, twice conquering the super bantamweight title. Due to lack of opportunities, she tried her luck in mixed martial arts and had a 2-2 record. She knocked out Aya Saber and beat Walaa Mohamed by points. Her losses were against Ann Osman and Irina Mazepa.

As a boxer, Lytle fought between 2002 and 2005 without major fights, but in 12 years as a MMA fighter, he had a decent record and even split wins with former UFC welterweight champion Matt Serra.