A family’s death trying to cross the U.S. border hasn’t deterred others — and more are taking the risk 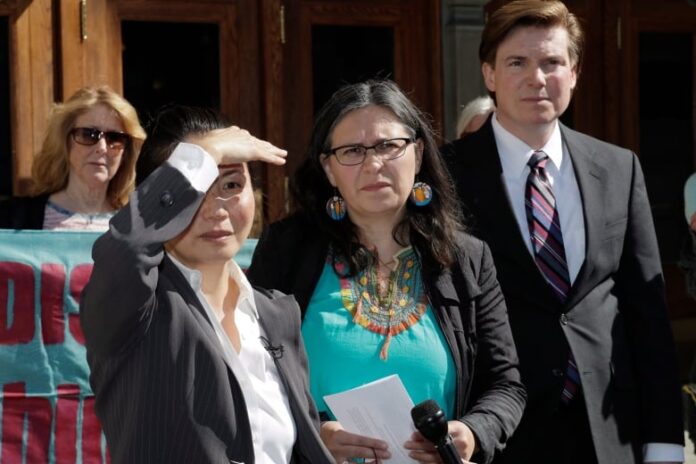 Almost a year after a family from India froze to death near the international border in southern Manitoba, similar cases of people walking over to the U.S. are on the rise — but they involve people from a different country.

Since the tragic deaths of the Patel family in January 2022, monthly incidents on the other side of Manitoba’s international border have risen from eight to 30 in November, the most recent month for which complete data is available from U.S. Customs and Border Protection. That’s similar to the number seen before the COVID-19 pandemic.

But a growing proportion of people caught walking over the border are now coming from Mexico. In November, Mexicans made up almost three-quarters of incidents in the Grand Forks sector.

The number of Mexicans crossing into Canada to seek asylum has also spiked recently, as many flee their homes in search of jobs and safety. But statistics show most applicants from that country are rejected.

While flying to Canada just to walk back down into the U.S. is a long trip, some say it’s becoming more common for several reasons.

And in two recent cases involving Mexican migrants walking into North Dakota, authorities discovered the alleged smugglers before their trips were complete. Court documents revealed how those journeys mirrored the Patels’ — and the ways they turned out differently.

One advocate said the increase in Mexicans crossing the northern border of the U.S. may be partly due to increased security measures along the country’s southern boundary and a harsher detention system for those caught trying to cross in recent years.

“The Mexican border with the U.S. has been militarized for decades now…. I’m not surprised that people will try other ways to arrive [in] the U.S.,” said Maru Mora Villalpando, a community organizer and founder of La Resistencia, a grassroots organization that works with detained migrants in Washington state.

Those changes made it harder to cross certain parts of the southern border, she said, forcing people to instead travel through dangerous parts of the desert — or try their luck up north.

The increase in northern crossings may also be partly due to Canada lifting a visa requirement for Mexican travellers in 2016, said Kathryn Siemer, acting patrol agent in charge of Pembina Border Patrol station in North Dakota.

“I think we’re still seeing some of the repercussions of that, where it’s easier to fly into Canada and then cross into the United States as opposed to trying to come north through the Mexico border,” Siemer said. 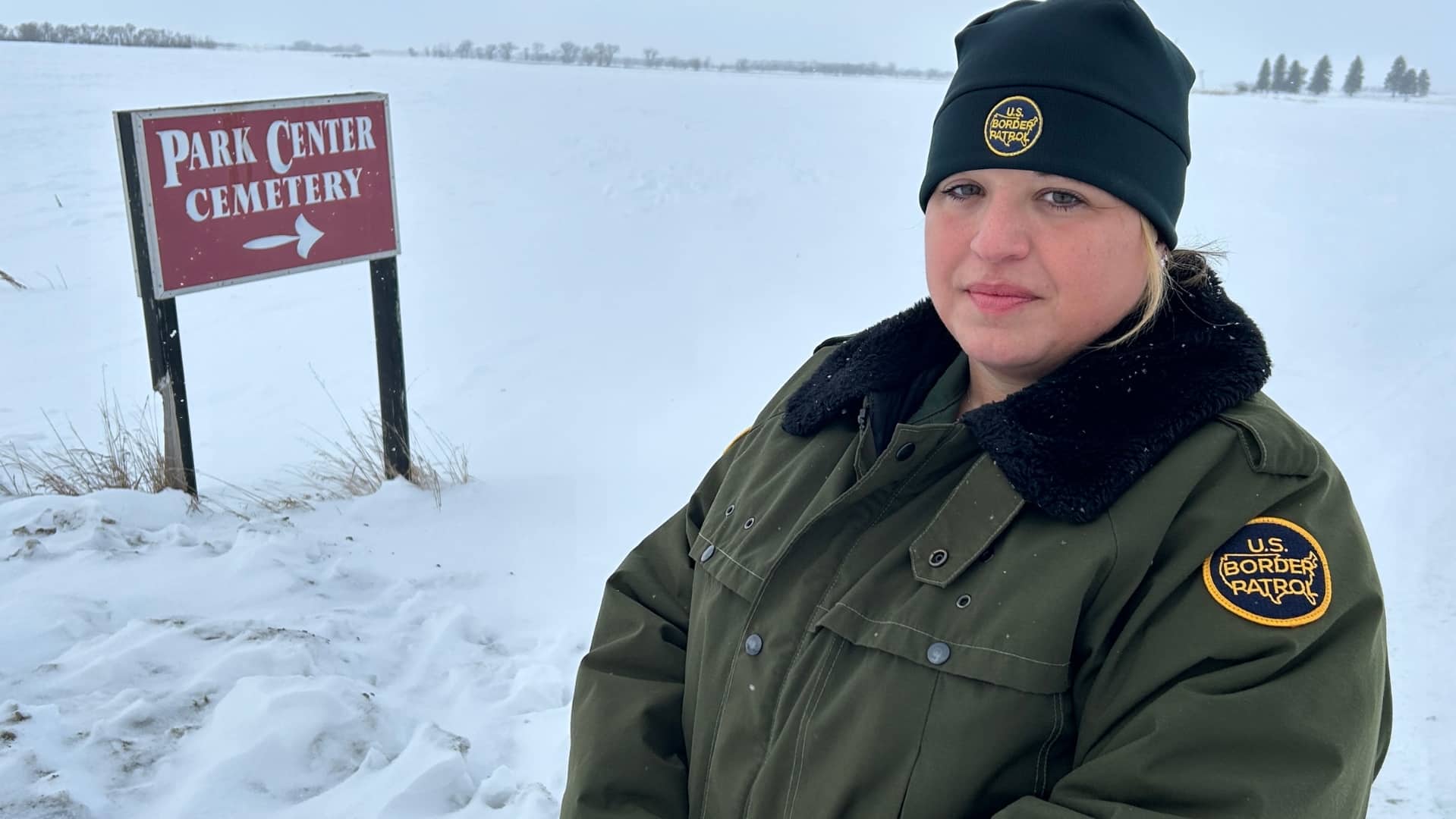 Number of illegal border crossings into the U.S. increasing

U.S. border officials are reporting an increase in illegal border crossings, with authorities intercepting growing numbers of migrants and those conducting smuggling operations.

Matthew Dearth, a Grand Forks lawyer representing an alleged smuggler charged in connection with one of the most recent cases in North Dakota, said more people are getting desperate enough — as the U.S. government fails to act on immigration reform — to risk potentially severe criminal penalties for their vision of a better future.

“They’re going to do whatever they can do to try to get into the United States. Because they have family members here. They have opportunity here. It’s safe,” said Dearth, who’s originally from Winnipeg.

A call for help

Dearth’s client is charged in connection with a suspected smuggling trip that met its end after the man’s van got stuck in the snow in Cavalier, a North Dakota city just south of the international border, on the way to pick up a group of migrants, a U.S. court document filed in mid-November alleged.

Dearth’s client and the other man charged in the case then walked about a half hour in the early morning of Nov. 17, 2022, before they met up with the migrants, according to the affidavit filed on Nov. 18, 2022, in the United States District Court in North Dakota.

Much like when the Patel family tried to cross the border, freezing temperatures, snow and wind made it a difficult journey.

There were also two young children — in this case aged four and nine — among the group, according to the affidavit written by a Border Patrol officer involved in the case. But this time, someone decided to call for help.

In this remote part of the country, that’s not always possible, said Border Patrol agent Siemer. Cell phone towers are few and far between, and tall snow drifts can make it easy to get lost in the dark.

“If you’re out here for more than 20 minutes, and whoever you thought might be coming to pick you up isn’t there because they got stuck or didn’t show up, you are on your own and it’s very dangerous,” she said.

Following that call for help in November, a deputy arrived and found nine people dressed in heavy winter clothing. They asked officers to bring them to a hotel — which raised suspicions around smuggling. The group later admitted they were in the country illegally, the affidavit alleged.

None of the allegations against Dearth’s client, who is a U.S. citizen, or his co-accused have been proven in court. The Georgia man pleaded not guilty to conspiring to smuggle people across the border, which carries a maximum penalty of a decade in prison.

Dearth said there’s a general misconception that border smuggling is only carried out by organized crime groups looking to rake in cash.

Sometimes it’s done by people who made the crossing themselves and are trying to help friends or family make a better life. Other times, people are “down on their luck” and need the money, he said.

The affidavit claims Dearth’s client told authorities he worked in construction with his co-accused, and that’s how he first got the offer to make extra money smuggling people into the U.S.

While he first turned it down, the affidavit alleged he changed his mind after a divorce and financial struggles.

The affidavit also claims the man said he and his co-accused smuggled four other groups over the same border in September and October and dropped them off at pre-arranged spots along the interstate highway.

He said he typically made between $500 and $1,000 per person, and his co-accused was the one who made the arrangements, the affidavit alleged.

In a case last month, two smugglers pleaded guilty after one of them hid in a ditch when Border Patrol agents pulled over their pickup truck full of migrants around a cemetery near Neche, another North Dakota community by the international border.

The Park Center Cemetery is surrounded by pine trees and visible for miles when the weather co-operates. It had recently been the site of other “illegal entry activity” when agents saw a truck approach the U.S. side of the border under cover of darkness early on Dec. 2, 2022, according to an affidavit filed Dec. 5, 2022, in the United States District Court in North Dakota.

The desolate site is miles away from any farms or houses on the U.S. side, and nearby creeks — some frozen, some still running — wind through farmers’ fields.

Agents said in the affidavit on that night, they watched another vehicle pull up on the Canadian side, and a group got out and walked toward the cemetery, then got into the truck.

When agents pulled the truck over, one of the people inside — Juan Pablo Huerta-Ramos, later charged as a smuggler — got out and ran. He was later found hiding in a nearby ditch filled with grass and snow, the affidavit said.

All nine people in the truck, including smugglers Huerta-Ramos and Martin Loyo-Estrada, later admitted to being Mexican citizens illegally in the U.S.

A broken leg, a family in Winnipeg

In an interview after his arrest, Loyo-Estrada said he’d lived in California for about nine years and had been a landscaper until a broken leg left him unable to work. A friend from Mexico then connected him with someone who offered him work smuggling people over the border.

Loyo-Estrada said that unknown person called him several times to give him directions during his trip from Los Angeles to Cavalier, which also included using Uber rides and hotels as he made stops in Minneapolis and Grand Forks.

The few details investigators revealed about the Patels’ journey after arriving in Canada include similar elements — staying in several hotels and using a ride-sharing service to get around the Greater Toronto Area.

Loyo-Estrada said he was supposed to get paid $1,000 for each group of migrants he worked with and be reimbursed for his travel costs.

Huerta-Ramos told agents he was also living in California and had travelled from Los Angeles to North Dakota to smuggle over his wife and daughter, who were supposed to be in Winnipeg. He said his wife gave him a phone number for someone named Antonio, who he agreed to pay $2,000 to help get his family across.

He said he met two of Antonio’s associates in front of the Fargo airport and went with them to a Mexican restaurant, where he got a call from Antonio telling him his family was already in California — and asking if he’d help smuggle a different group across the border anyway.

Both men pleaded guilty to conspiring to transport illegal aliens and re-entering the U.S. without permission after previously being deported.

While a year has passed since the deaths of Dharmik, Vihangi, Vaishali and Jagdish Patel, many details about their journey are still unknown.

Investigators haven’t publicly released details about who they believe sheltered and shuttled the Patels around the Greater Toronto Area before they travelled to Manitoba to cross the border.

And it’s still unclear, even to police, what happened after Jan. 15, 2022, when the family left their Toronto-area hotel, up until their bodies were discovered four days later.

It is clear, however, that they were sent on a dangerous journey — and it’s the kind of story migrant advocate Mora Villalpando hears too often, as many who can’t wait for changes in the U.S. immigration system are forced to take risks to get there.

“What it tells us is that the U.S. is just increasing the danger for people that are trying to come,” she said.

“When you intentionally for decades created a funnel to a dangerous path through the desert, it means you don’t care about human beings.”