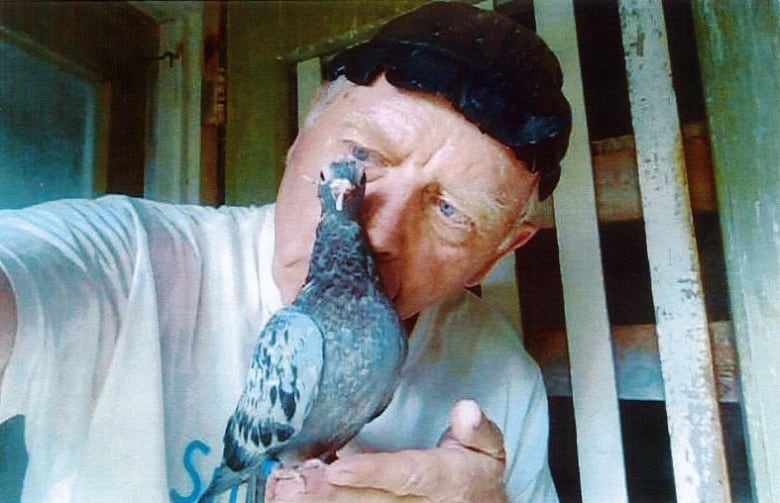 Arthur Plasschaert has been racing pigeons as a hobby since he was a 13-year-old in the Netherlands.

A retired real estate agent, he’s spent the last five decades raising and racing the birds about 140 kilometres east of Toronto, in Brighton, Ont.  Now, he says his pigeons have been taken away and he’s been left with nothing.

“I miss my birds,” Plasschaert said.

Until this past winter, Plasschaert housed around 600 racing pigeons in lofts he built himself on a property he owns in Brighton. But the day before Christmas 2021, he was hospitalized with COVID-19. Over the next two months, he would be moved to the intensive care unit at Belleville General Hospital twice.

When he was finally discharged last February, the Humane Society had confiscated his pigeons and he was left with a bill of $5,867 from the province. Since then, that bill has increased to nearly $23,000.

Plasschaert relies on his Canada Pension for his income and said he does not have the money to pay the bill.

When he was hospitalized, Plasschaert did not have a plan in place to take care of his pigeons.

“I had no backup. I never thought I was going to be ending up like this,” he said.

From the hospital, he called a couple of friends who work for the Township of Brighton. They said they’d look after the birds for him but the township soon called them in to clear roads after a big snowstorm. That meant they were unable to feed the birds for several days, he said.

In the meantime, a concerned neighbour who hadn’t seen Plasschaert in a few days called the Ontario Provincial Police to investigate his absence. When the OPP arrived at Plasschaert’s property, they found 337 of the pigeons dead. The Humane Society was called in to remove the birds that survived, Plasschaert said.

Still in hospital, Plasschaert said he received a phone call from the Humane Society telling him he would need to provide a new place to house the birds within 10 days. He would also be required to pay to house and feed the birds for that period.

Plasschaert said he indicated he would be unable to pay, and with his medical condition on his mind, he told the Humane Society representative that they could keep the birds.

The representative told him the birds would become property of the Crown after 10 days, Plasschaert said.

During this time he could barely stand up, he said. He would often be short of breath just trying to walk from his bed to a chair in his hospital room, and that was before being moved into intensive care.

At one point during his stay, a black envelope addressed to him at the hospital appeared in his room, but he was not able to read the contents at the time.

Months later, after spending time at a friend’s house to continue his recovery, Plasschaert discovered that the envelope contained the initial bill for $5,867.

It also contained a notice that he had a five-day window to appeal the charges.

He has since tried to schedule a tribunal hearing with the Animal Control Review Board (ACRB), the body responsible for resolving disputes and conducting hearings related to animal welfare in Ontario. The board has indicated that because he did not appeal within the five-day period, it will not open an appeal file for him.

Plasschaert has received more letters reflecting the increasing cost of housing and feeding his birds over the months. The latest amount is $22,937.

The ACRB declined to comment on Plasschaert’s case and did not respond to CBC Toronto’s questions about whether or not an exception could be made for someone in a situation like his.

Simon Dexter, a friend and neighbour of Plasschaert’s, told CBC Toronto he doesn’t understand why an exception can’t be made.

“It’s sad. He has been so devoted to looking after these pigeons,” he said. “He gets the COVID, he’s in the hospital, he is unable to do anything and he gets sandbagged by it.”

Dexter said the fact that Plasschaert was physically unable to open the initial envelope should be reason enough to drop the fees.

“It would be very kind, if the people who are billing him considerable money every day, if they could look in the mirror and ask themselves ‘why?’ when they heard he was in the hospital,” he said.

But Jennifer Friedman, an animal welfare lawyer based in Toronto, told CBC News it’s not that simple.

She believes Plasschaert could possibly make a case that an extraordinary circumstance kept him from appealing the decision to remove his birds, but she said it may be too late.

“I’ve never seen a case that has been allowed after several months,” Friedman said.

She said Plasschaert’s best bet may be to ask the ACRB whether they are willing to consider letting him just pay for the initial 10 days that the birds were cared for.

“In a lot of these situations … the agency will ask if the individual wishes to surrender the animals,” she said. “I’m not sure in this scenario why that option wasn’t offered to him.”

Friedman also pointed out that the short five-day appeal period is purposely in place because animals are different than inanimate forms of property.

“If you leave your bicycle or your couch for weeks on end, they’ll still be there,” she said. “But with living beings, they need to be cared for on a daily basis.”

She also stressed the importance of having an emergency plan in place to ensure animals are taken care of, whether it’s 600 pigeons or one dog or cat.

“There is a responsibility when you take it upon yourself to acquire or adopt animals that you care for them,” Friedman said.

In spite of the emotional toll this situation has taken on Plasschaert, he says he’s still hopeful he will get his pigeons back one day.

“If I can get an appeal from the animal review board, then I can set my case,” he said.

“I hope that [they] will be sympathetic enough to say, ‘yeah, you know, look at the situation the guy was in.'”