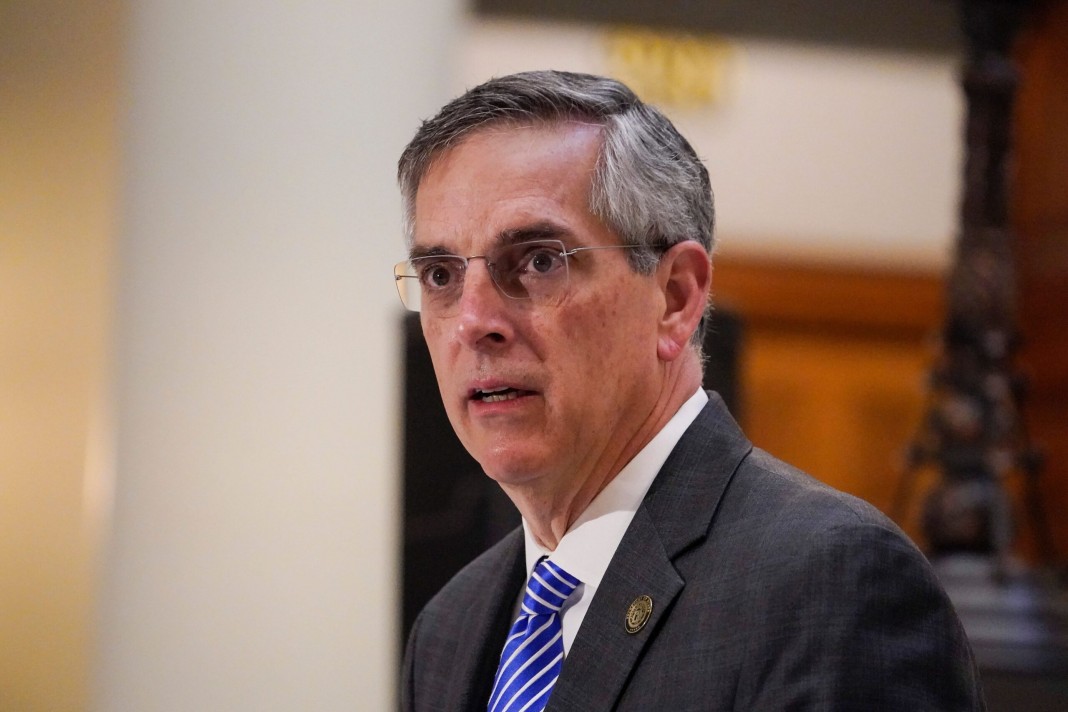 President Donald Trump’s call with Georgia Secretary of State Brad Raffensperger over the weekend was an unprecedented attempt to overturn the results of the 2020 election.

Weeks after losing the election and a bevy of failed legal challenges, Trump is facing a renewed firestorm of criticism for pressuring Raffensperger to “find” thousands of ballots in Georgia and declare him the winner of the state.

The call took place just days before two GOP senators will face a runoff election that will determine control of the chamber during President-elect Joe Biden’s first term.

Here are five of the wildest moments from Trump’s hour-long call with Georgia officials, first published by The Washington Post.

Trump directly asked Raffensperger to reverse the state’s tally of votes and declare him the winner:

Georgia has undergone more scrutiny over its results than any other state in the nation after declaring Biden the winner three times following a lengthy recount and recertification process. GOP Gov. Brian Kemp certified those results in November once a statewide audit and a hand-count of more than 5 million ballots were completed.

But Trump said Biden’s victory by 11,779 votes was fraudulent and asked officials to find just one vote more than that figure to reverse the state’s tally:

“All I want to do is this. I just want to find 11,780 votes, which is one more than we have because we won the state. And flipping the state is a great testament to our country because, you know, this is — it’s a testament that they can admit to a mistake or whatever you want to call it.

Trump appears to threaten Georgia’s officials with the prosecution:

Trump remains in control of the Justice Department for the 17 days left in his term. During one moment of the call, Trump seemed to allude that Raffensberger and Ryan Germany, the top lawyer in his office, could be prosecuted if they don’t find the votes he’s requested:

Raffensperger and Germany repeatedly told Trump that he was “wrong”:

Raffensperger, a Republican, continually highlighted Trump’s figures and told the president they were wrong and said that thousands of dead people had voted in the election were incorrect.

Trump tied the discovery of new votes to Republican hopes of keeping the Senate after Georgia’s runoff elections.

Trump urged Raffensperger and Germany to meet with his attorneys as soon as possible, hinting that by doing so, their decision could help Sens. David Perdue and Kelly Loeffler in their runoff election later this week:

“I think we should come to a resolution of this before the election. Otherwise you’re going to have people just not voting. They don’t want to vote. They hate the state, they hate the governor and they hate the secretary of state. I will tell you that right now.

The only people that like you are people that will never vote for you. You know that, Brad, right? They like you, you know, they like you. They can’t believe what they found. They want more people like you. So, look, can you get together tomorrow? And, Brad, we just want the truth. It’s simple.”

At one point in the call, Trump brought up renewed accusations of fraud. Raffensperger and Germany said the Georgia Bureau of Investigation and the FBI had looked into the election results and found no such evidence. Trump brushed off those probes, saying the agencies were “incompetent.”