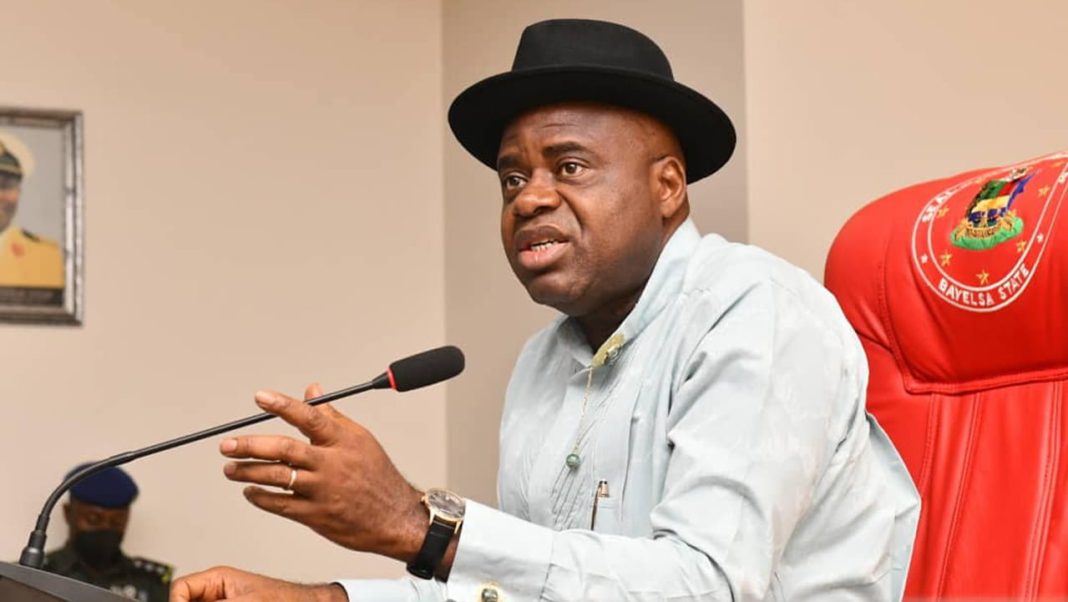 Bayelsa State Governor, Senator Douye Diri, has challenged Nigerians, particularly the youths to prioritize and go all out to get their permanent voter cards in order to be able to participate in the process of electing their leaders in the forthcoming general elections.

Diri asserted that the PVC is more powerful than the AK-47.

He said “Nigerians should be ready with their PVCs. The current leadership has visited this country with hunger, poverty, dwindling economy and above all, the wanton destruction of lives and property.

“The people of this country are the only ones that have the solution to all of these. I call on them to free themselves from the current bondage because, the PVC is more powerful than the AK-47. Their PVC is everything”.

Senator Diri made the remark on Sunday while speaking at a non-denominational Democracy Day service at the King of Glory Chapel, Government House, Yenagoa.

The governor also charged those occupying elective and appointive offices to see themselves as servants while the people that gave them the mandate as their masters to whom they are accountable.

He further stated that elected or appointed officials should regard such positions of authority as a privilege and a platform to better the lot of the people.

His words: “Today being Democracy Day, we should all be reminded to continue to give service to our people. If you have been elected or appointed into key government offices and positions, you should note that It is only but a privilege.

“In all our actions, we should know that those who have given us the mandate to serve them are our masters and we are their servants. If you make yourselves a demi-god, you are only deceiving yourselves.”

Commenting on the recent attack on St. Francis Catholic Church in Owo, Ondo State, Senator Diri again condoled with the government and people of the state over the incident.

He said Bayelsa in solidarity with the government of Ondo State has declared that there would be no Democracy Day celebration.

Describing Bayelsa as a relatively peaceful state, Governor Diri said the state’s security architecture is being repositioned with the signing of the Bayelsa State Community Safety Corps Law to complement the efforts of the various security agencies in the state.

According to him, over 5,000 youths will be engaged by the Corps headed by Brig-Gen. Eric Angaye (Rtd) and trained in all aspects of security to curb criminal activities.

He explained that the state-owned complementary security outfits – Bayelsa Vigilante and Bayelsa Volunteers – have been incorporated into the Corps and their personnel would also be trained to make them more effective.