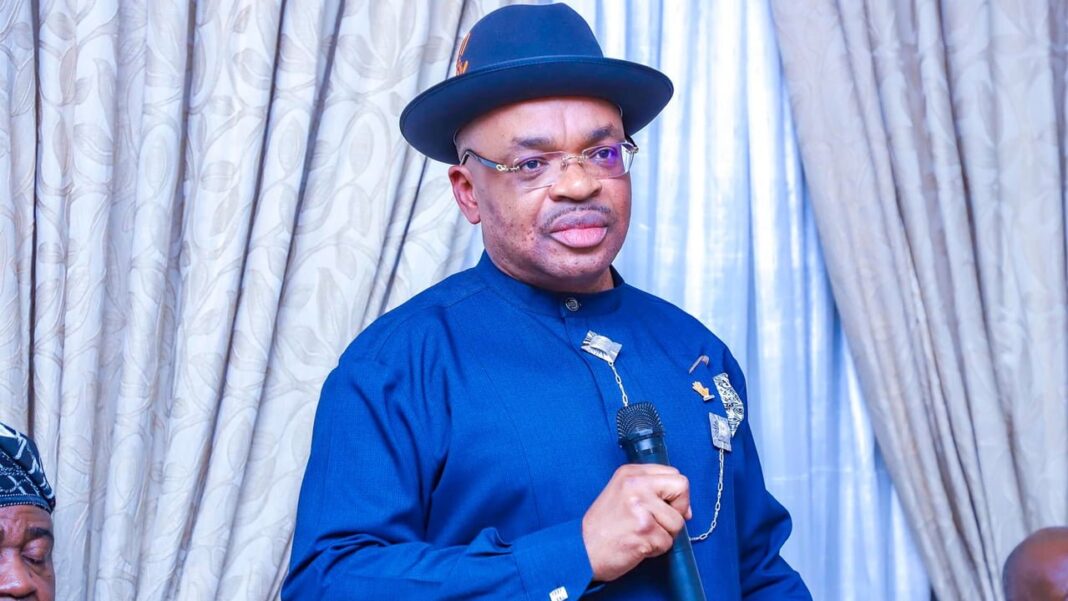 Akwa Ibom State Governor and Chairman, Peoples Democratic Party (PDP) Presidential Elections Campaign Council, Mr. Udom Emmanuel has said the party has put all in place to ensure it gets it right in the 2023 elections.

The Governor stated this while fielding questions from Government House Correspondents at the Victor Attah International Airport, Uyo, upon arrival from Abuja where he attended the inauguration of the committee.

He said the PDP is strategizing and would correct the errors made in 2015, adding that the promptness of the party to set up its campaign structure is an indication of its readiness to get it right in the upcoming general elections.

He also promised to return peace to the party, explaining that the 600-man council was set to work across all units and ensure victory for the party.

His words, “the PDP remains Nigeria’s only party for everybody and is ready to get it right this time.

“This is the only party we have in Nigeria, forget associations, forget unions, forget alliances. Also, PDP is the party for everybody but this time around they decided to look at people like us who still have the energy to run around and that means a whole lot. I think we are getting it right this time around.”

The PDP Campaign Council Chairman explained that what is needed to execute the election is human resources which he reaffirmed, the party has in abundance across every section of the country.

He expressed appreciation to the National Working Committee, Board of Trustees, the entire structure of PDP, as well as the candidate and running mate of the party, for the confidence reposed in him and others, urging the committee to deliver victory for the party.

He, however, acknowledged that the final victory is dependent on the will of God and the choice of the people, saying “our duty is to campaign to get Nigerians to vote but victory comes from God.”

“You only campaign with your power of persuasion hoping that Nigerians will vote, then God gives victory”, he added.