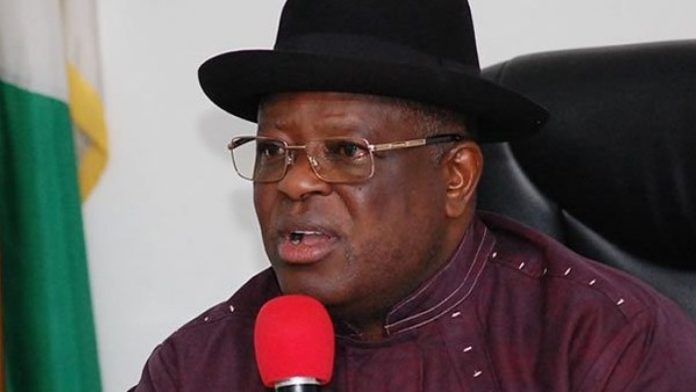 The Association of Ebonyi Indigenes Socio-cultural in Diaspora (AEISCID) has cautioned the Governor of the state, Engr. David Umahi on the zoning of the governorship position, while insisting on competence and capacity in electing the next governor of the state.

Umahi had, while addressing a gathering of founding fathers of the state and other elders at the weekend, insisted on the rotation of the governorship position in the state to the northern part of the state.

But the group in a statement issued Monday by its President, Ambassador Paschal Oluchukwu, insisted that the Ebonyi people should support and vote for eminently qualified, competent, and capable individuals who have the proven capacity to turn around the fortunes of the state.

Oluchukwu said: “For us, Governor Umahi’s equity call when he has already given a burial ground endorsement to the Speaker of the State’s House of Assembly is rather anchored on selfishness, greed, and in fact, his desperation to continue to control the affairs of our dear State from behind the scene.

“As a matter of fact, the endorsement of the Speaker and his running mate- another grossly incompetent, unknown ‘female friend’ of the Governor, should they eventually make it to the ballot should be seen very glaringly for what it is: A third term agenda by the Emperor Umahi dynasty!”

The group said the governor was only deeply angered by the overwhelming unpopularity of his chosen candidate and was therefore looking for a means to sell and push his agenda through the elders and founding fathers of the state.

It further cautioned the founding fathers, leaders, elders, and traditional rulers of Ebonyi to be wary of any political product Umahi might be trying to smuggle into power in 2023.