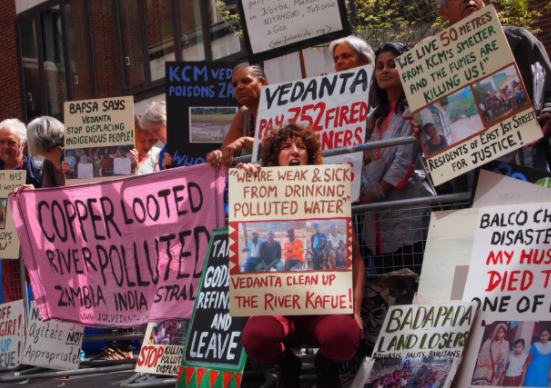 At leaset 2,000 Zambian villagers have been given the go ahead to sue mining giant Vedanta in a UK court.

The villagers who live in Nchanga in the country’s Copperbelt province are suing for injury and damages to their property for what they say is numerous and ongoing toxic discharges around where they live.

Vedanta Resources has an asset base of almost $40bn (£30bn) spread across the world and Its Zambian subsidiary Konkola Copper Mines (KCM) had appealed against a ruling in May 2016 when a High Court judge decided the claim could proceed.

KCM which employs 16,000 people in Zambia had wanted the claims to be heard in the country. Reuters however reports that the judgment will play a significant role in defining the future liability of multinational companies based in the UK for alleged human rights and environmental abuses outside the country.