2 generations of Sask. LGBTQ community reflect on history and the future 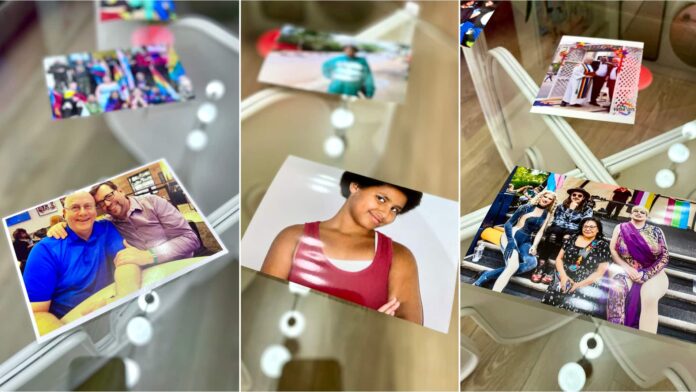 Being a lesbian didn’t occur to Jean Dudley until university, when she took a women’s studies class that also happened to be taught by someone who identified as such.

It was the 1970s, and Dudley says she also “came out” as a feminist. She recalls the LGBTQ and feminist rights movements converging.

Five decades later, Thios Mwunvaneza is studying the very history Dudley lived through. A psychology student at the University of Saskatchewan, he’s enrolled in an interdisciplinary certificate program focused on queer theory, gender diversity and sexuality. Mwunvaneza, who is transgender, believes that young people should learn about the thriving LGBTQ communities that have existed in Canada for decades.

Meanwhile, Dudley, an artist and retired teacher who lives in Saskatoon, says although the issues affecting LGBTQ youth today are different from those she experienced, they are just as valid.

To explore the past, present and future of LGBTQ communities in Canada, CBC News organized a conversation between four members of the queer community in Saskatchewan. Joining Dudley and Mwunvaneza were Dave Burgoyne, a retired man who lives with his husband in Saskatoon, and LJ Tyson, a Cree and Métis musician living in Prince Albert, Sask., who identifies as two-spirit. 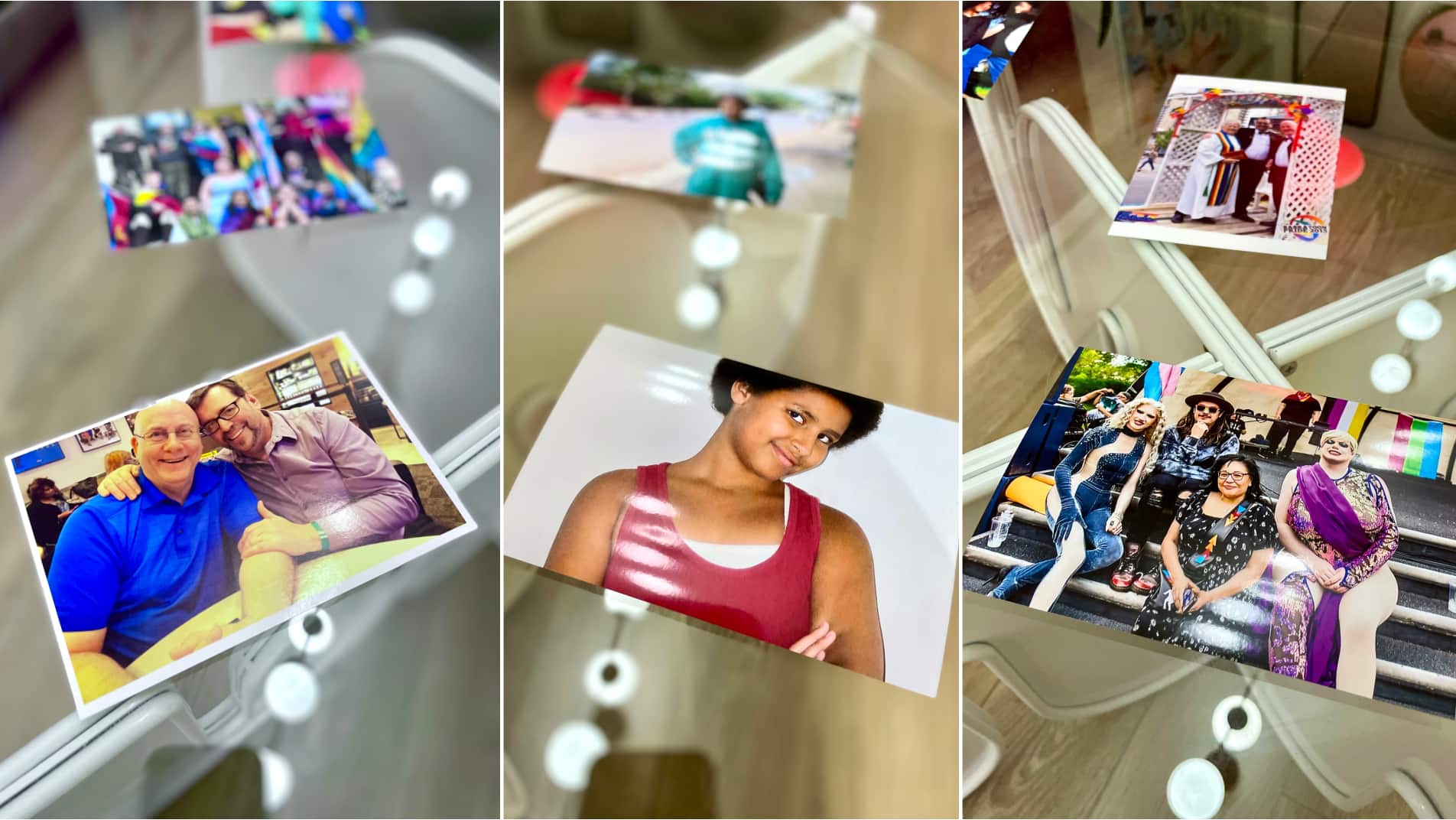 Dave Burgoyne, Thios Mwunvaneza, Jean Dudley and LJ Tyson recall what it was like to come out.

Tyson is a country music artist who has been vocal in the past about the lack of diversity in the genre. He remembers his band being asked to perform at Pride in Prince Albert a few years ago, before he had come out publicly. Seeing the 2SLGBTQIA+ acronym displayed throughout the city made him feel at home.

WATCH | Dudley asks how comfortable Tyson is being out about his sexuality now: 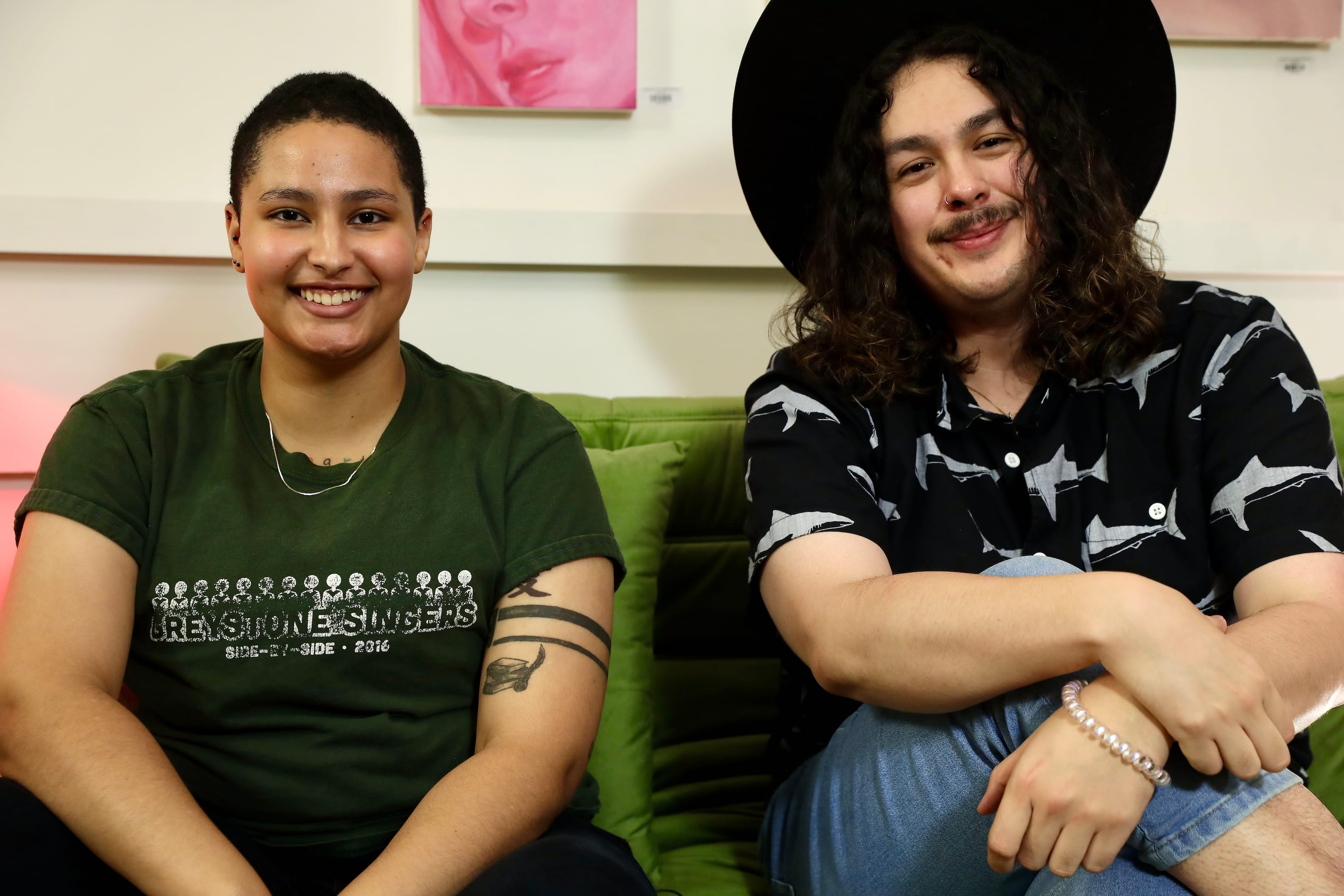 Canadians aren’t always as accepting of LGBTQ people as you might think, says one community member

LJ Tyson, who lives in Prince Albert, Sask., explains how comfortable he feels being open about his identity and sexuality in his hometown.

Mwunvaneza says he values being surrounded by friends who are also part of the LGBTQ community.

But in this conversation, Dudley identified an issue that some LGBTQ people begin to face as they age. She says long-term care homes can be isolating places where homophobic attitudes can affect care.

WATCH | Dudley explains why some queer seniors go back in the closet: 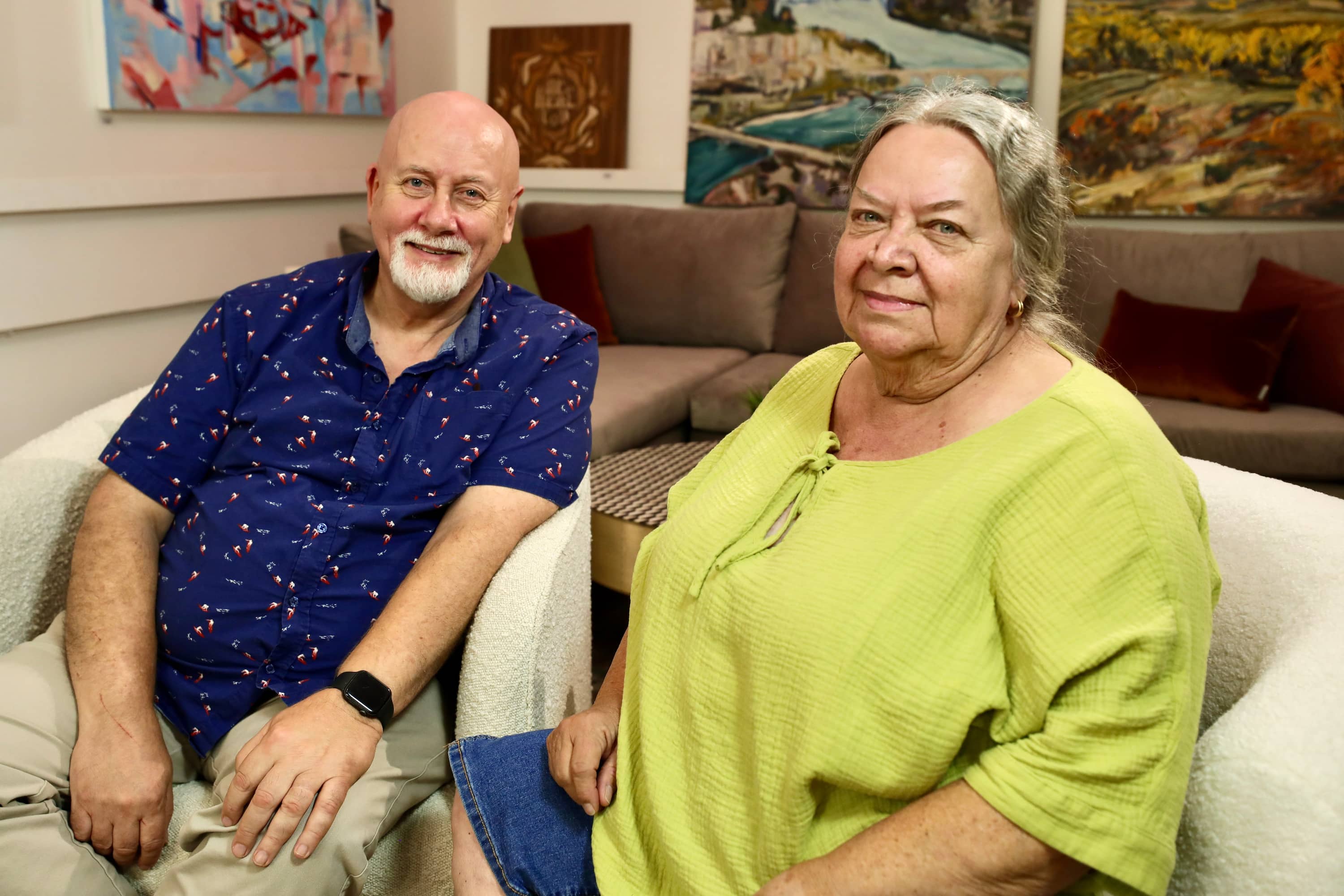 Advocate fighting for better protections of queer seniors in care

Jean Dudley, who lives in Saskatoon, says more needs to be done to ensure queer seniors can live out their lives as they wish.

Some organizations are tackling these issues by creating housing specifically for LGBTQ seniors, such as the Rainbow Resource Centre in Winnipeg. Research is also being conducted into queer seniors’ experiences. Queer Seniors of Saskatchewan launched one such study last spring.

As Dudley focuses on seniors’ rights, Burgoyne’s current form of ‘activism’ takes place close to home: he and his husband simply try to “be ourselves in the mainstream of society.”

It’s a much different pace than Burgoyne’s involvement with AIDS Saskatoon in the 1980s. Today, people can live long, healthy lives after being diagnosed with HIV/AIDS. That wasn’t always the case. The disease has killed hundreds of thousands of gay and bisexual men since that decade.

WATCH | Burgoyne talks about being on the frontlines of the AIDS crisis: 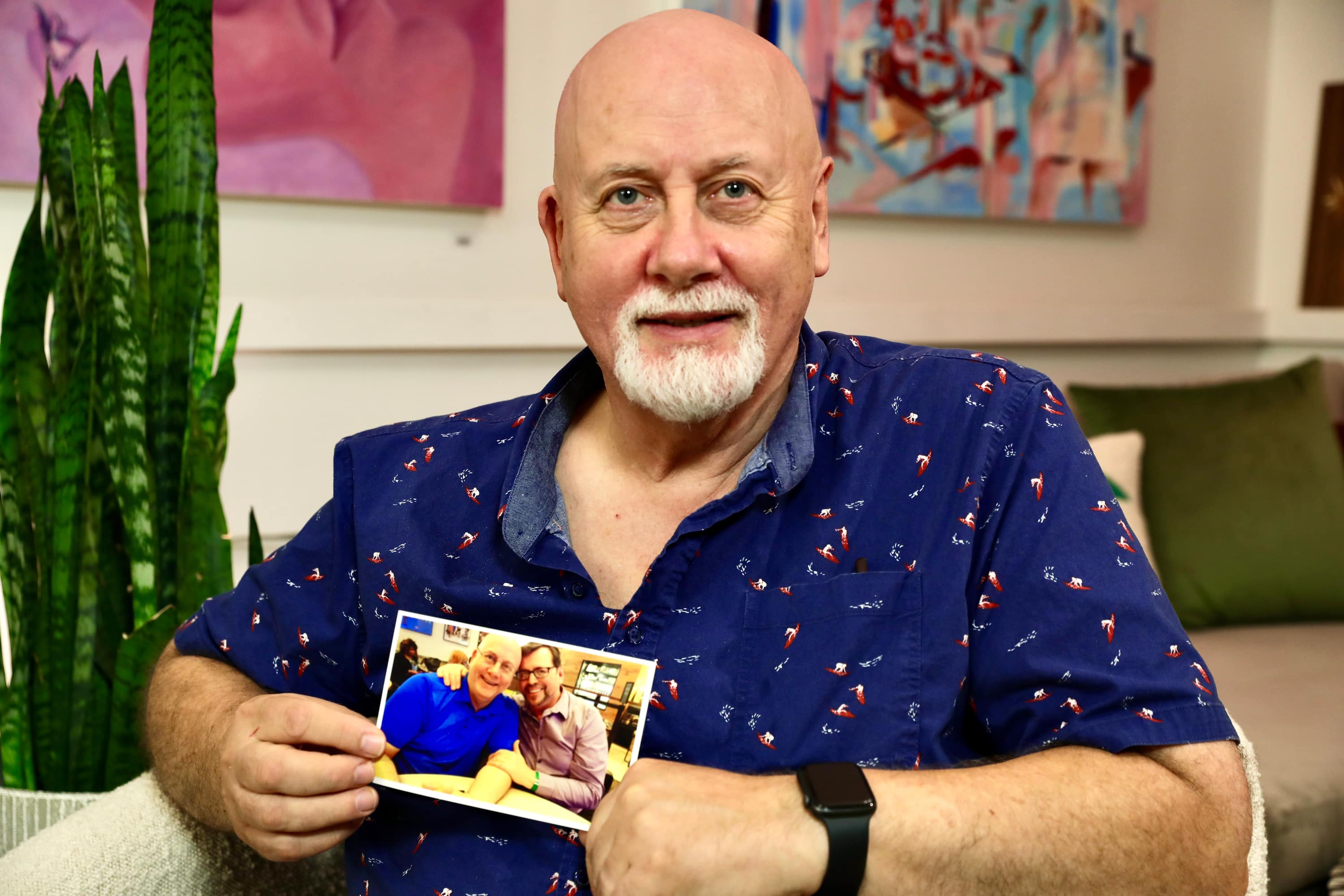 From AIDS advocate to curler: LGBTQ community involvement takes many forms for senior

Dave Burgoyne was at the forefront of the AIDS epidemic in Saskatoon. Now, his community involvement takes a much different, though no less important, form.

Mwunvaneza drew a comparison between the HIV/AIDS epidemic and the mpox (previously known as monkeypox) outbreak earlier in 2022. Although both viruses can affect anyone, reports that many mopox infections worldwide have involved men who have sex with men raised fears of stigma against the queer community — similarly to what occurred with HIV/AIDS.

WATCH | Mwuvaneza explains why the language around mpox concerns him: 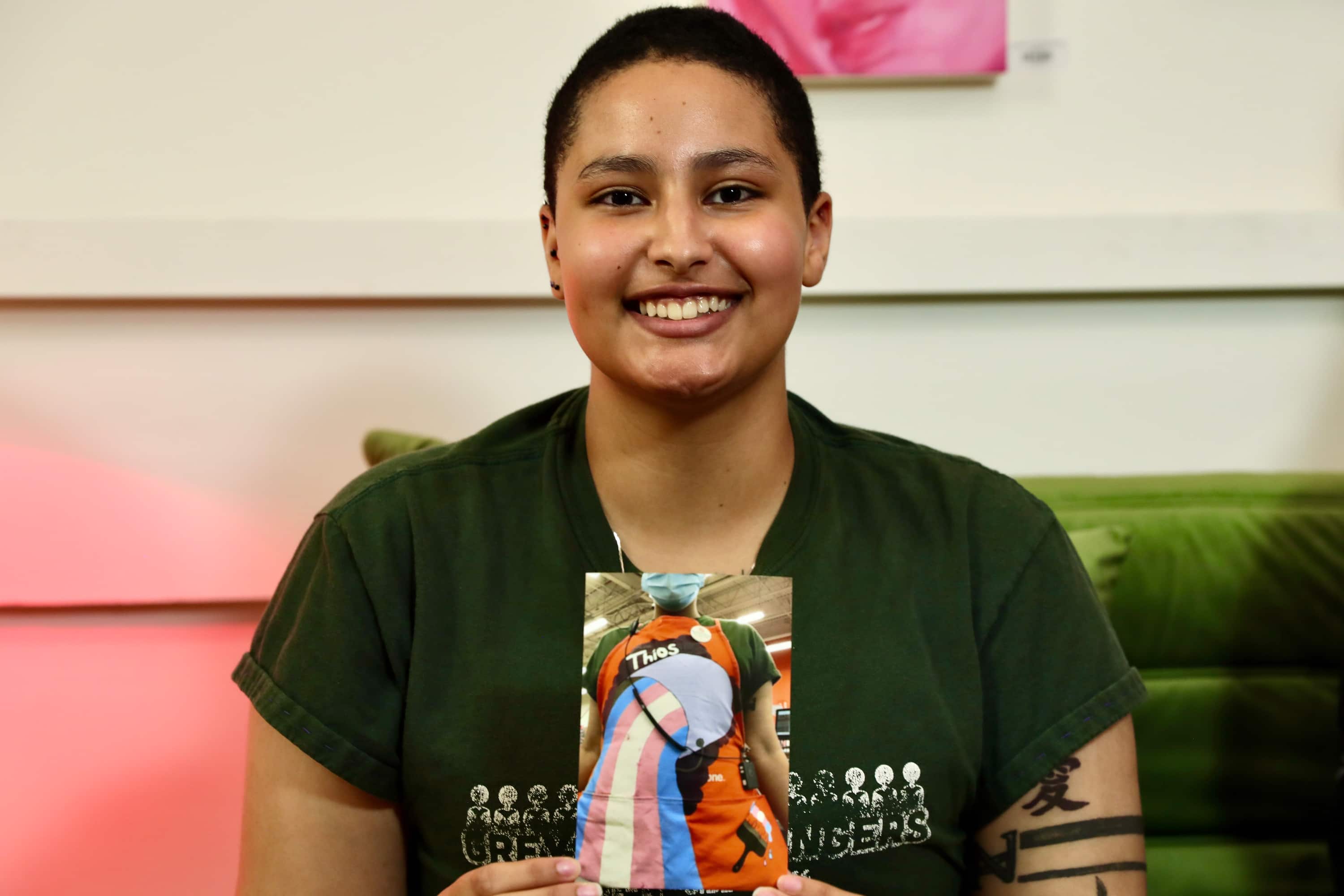 Thios Mwuvaneza says how the mpox (previously known as monkeypox) outbreak was talked about underscores the important of learning LGBTQ history.

Just as some core health concerns have changed, key issues for LGBTQ people have shifted. During the early liberation movement in Canada, members of the community faced police harassment and raids, anti-gay crusades, violence, and sometimes unsympathetic governments and news media.

These days, legislation is infringing on the rights of LGBTQ people around the world. Since the beginning of this year, Human Rights Campaign has documented more than 300 proposed bills in the U.S. that directly target trans rights, sexual expression and gender diversity. Trans people and advocates also say there are many challenges accessing adequate health care. Reports of physical violence in Canada and other countries continue to make the news.

WATCH | Why Dudley thinks there’s work to be done when it comes to building tolerance inside and outside of the queer community: 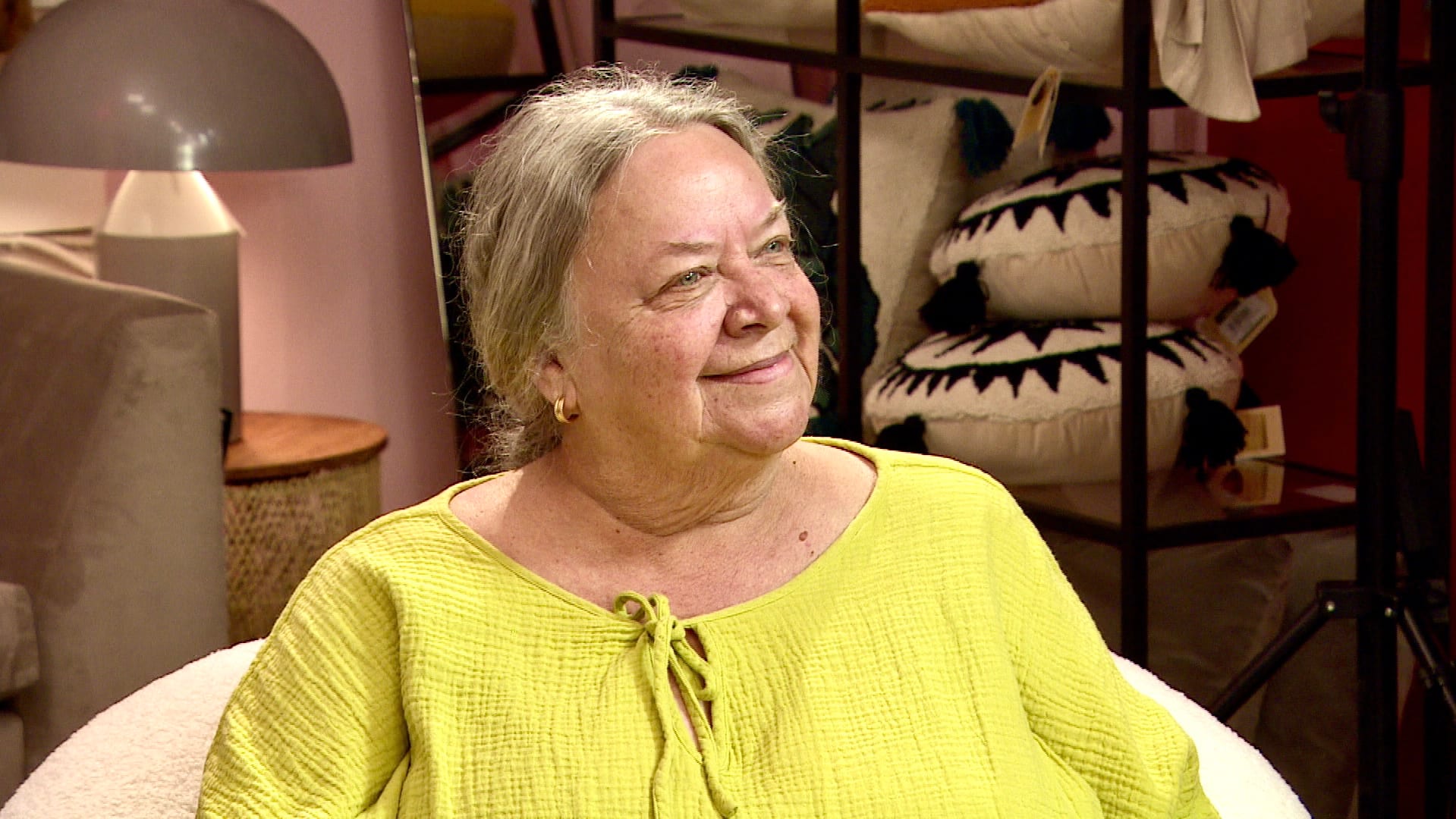 Jean Dudley, who identifies as lesbian, says she has work to do when it comes to understanding all of the identities covered by the LGBTQ acronym.

Mwunvaneza talked about the importance of considering intersectionality, which is a framework for examining how a person’s identity, beliefs and experiences layer, influencing both their marginalization and privilege.

For Tyson, his Indigenous identity and sexuality intersect. He identifies as two-spirit: a non-binary gender identification used in many Indigenous communities. 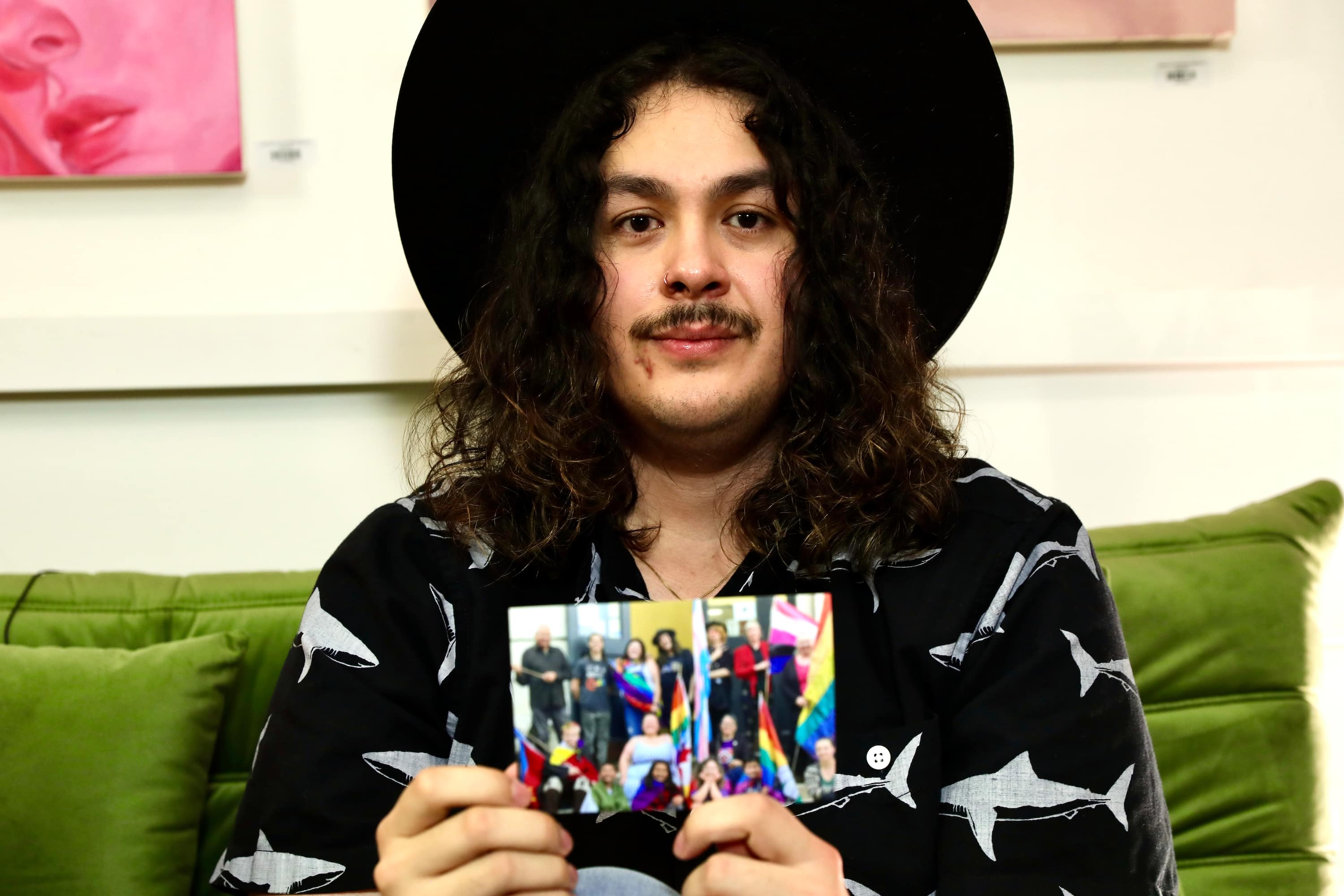 LJ Tyson calls the origins of two-spirit identities a ‘torn page out of history,’ and praises those working to bring that knowledge back into the public consciousness.

Tyson is now unapologetically embracing his two-spirit identity. That self-acceptance is something many of the participants wish they’d arrived at sooner.

WATCH | Participants give advice to their younger selves: 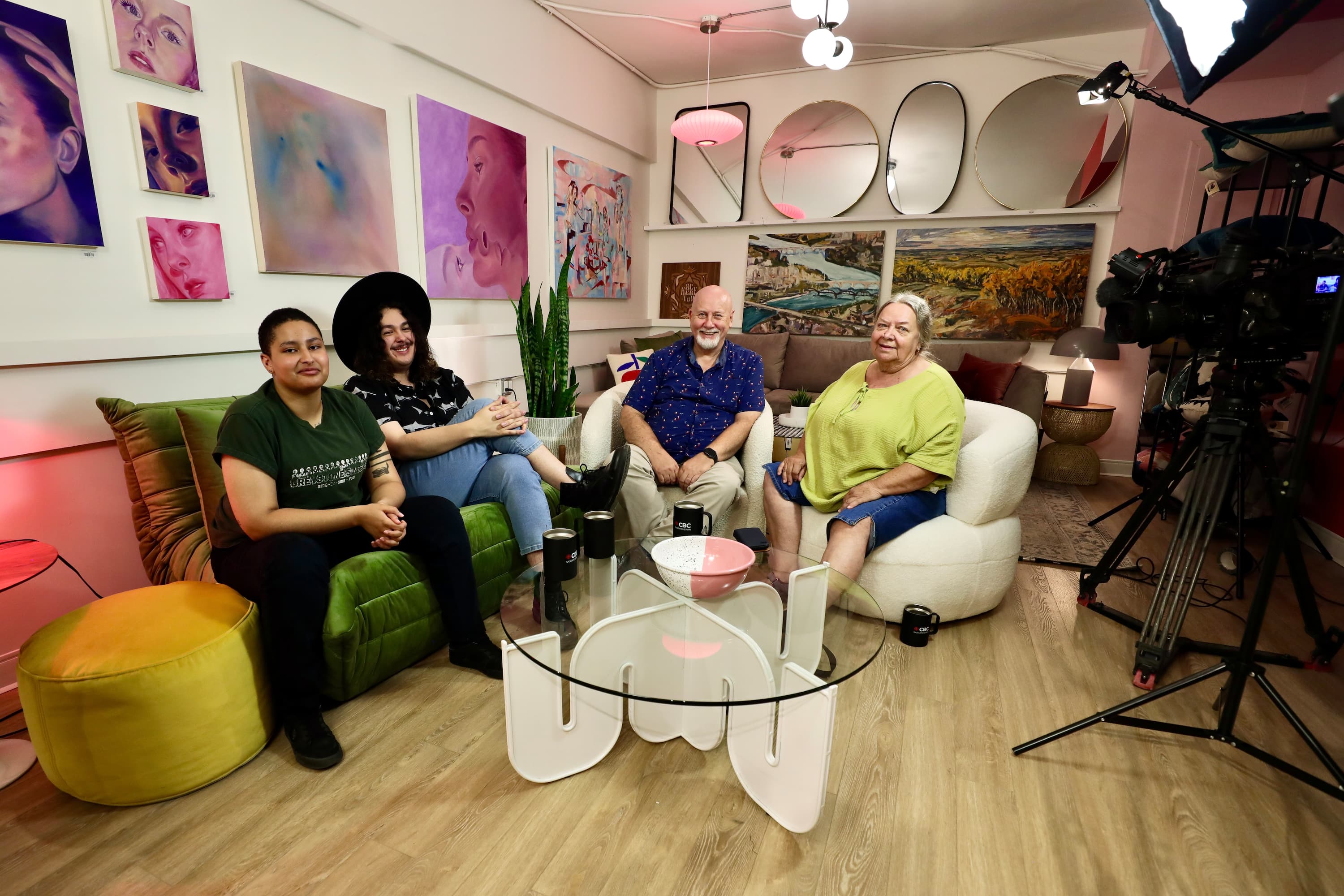 ‘Accept people radically’ and ‘be gentle with yourself’: Queer folks give advice to their younger selves

Thios Mwunvaneza, Jean Dudley, Dave Burgoyne and LJ Tyson ponder what advice they would give to their younger selves.

At the end of the conversation, Burgoyne said he appreciated the opportunity to learn about young people’s experiences. He added he hopes he can better support this generation.

Meanwhile, Tyson pointed out the importance of unlearning: to contemplate what we’ve been taught to believe is true and question it.

“I wish every young queer person got the opportunity to do this, like, once a week,” he told Dudley and Burgoyne and the end of the conversation.

Mwunvaneza echoed Tyson, calling it a “blessing” — something Dudley joked she had never been called before.

Special thanks to Alt Haus Interior Design in Saskatoon for hosting this panel.