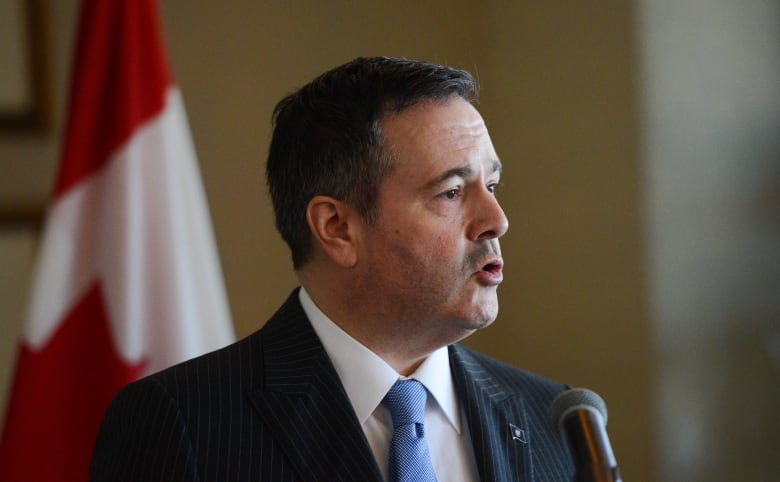 Alberta MLAs Todd Loewen and Drew Barnes have been expelled from the United Conservative Party caucus over allegations they divided the party and undermined government leadership.

Barnes, the MLA for Cypress-Medicine Hat, has become a prolific critic of Premier Jason Kenney’s decisions during the pandemic. Loewen, the MLA for Central Peace-Notley, went public with his dissatisfaction in a letter released early Thursday morning.

The backbenchers’ expulsions came after the 62-member caucus met for hours Thursday afternoon. The results were released at 7:30 p.m. MT.

“Members recognize the need for government caucus to remain strong and united behind our leader, Premier Jason Kenney, as we continue to fight through what looks to be the final stages of the COVID-19 pandemic and beyond,” UCP caucus whip Mike Ellis said in an email.

“There is simply no room in our caucus for those to continually seek to divide our party and undermine government leadership, especially at this critical juncture for our province.”

Loewen’s letter was the latest sign of public discord within the UCP caucus.

Last month, 16 MLAs signed a public letter criticizing Kenney’s COVID-19 public health restrictions for being too stringent. MLAs in smaller Alberta cities and rural areas are facing backlash from UCP supporters over business closures and masking orders they say are too strict.

In an interview with CBC News after the vote, Loewen, a two-term MLA first elected in 2015, said he was disappointed. He said the vote wasn’t done via a secret ballot. Instead, MLAs texted their vote to acting caucus chair Nick Milliken, the MLA for Calgary-Currie.

Once the votes were tallied, Milliken announced the results in a video call. Loewen said he found the lack of secrecy “somewhat disturbing.”

“We never did find out what the vote was, the numbers or anything like that,” he said. “As soon as they announced that the vote was done, they cut us off [the video call] and it’s done.”

UCP caucus communications director Tim Gerwing said Milliken was the only person aware of how MLAs cast their ballots. Gerwing said a secret paper ballot was not possible because the meeting did not take place in person.

Loewen wonders if the lack of a secrecy skewed the result.

“It just allows people to have that doubt in their mind when they cast their ballot that somebody will find out,” he said.

University of Alberta political scientist Jared Wesley says MLA Todd Loewen’s letter is rare in Canadian politics and is unlikely to have been written without consulting other caucus members. 1:57

The vote came hours after Loewen went on Edmonton radio station 630 CHED to discuss his letter. He said the problems with Kenney’s leadership go back 18 months and are threatening to destroy the party.

In his letter, Loewen resigned as UCP caucus chair and called for Kenney’s resignation. The letter was posted to social media.

‘Symptom of an inner disease’

He said the caucus and Albertans have lost confidence in Kenney’s leadership.

Loewen said Kenney’s relationship with backbench MLAs was good in the first few months after the UCP was elected in April 2019 but has declined since then.

MLAs speaking out against his leadership are a “symptom of an inner disease,” Loewen said.

Loewen said he will sit as an independent when the legislature resumes on May 25, but he still considers himself a UCP MLA, who has the support of his constituency association.

There has been speculation other UCP MLAs would leave the caucus if Barnes and Loewen were kicked out.

Loewen said he can’t speak for his former colleagues, but he said he and Barnes have a lot of support in the caucus.

“I don’t think this is going to be helpful for caucus unity,” he said. “This here drives even a deeper wedge into caucus, I believe.”

In a statement posted to social media, Barnes said he was saddened by not surprised by Thursday’s events. He said intends to stay on as MLA for Cypress-Medicine Hat.

“I continue to believe Alberta can and should be the most prosperous and free jurisdiction in North America, and I will continue to use my voice to advance this cause,” Barnes said.