18 months after Meng Wanzhou’s arrest, a judge will decide on the future of her extradition case 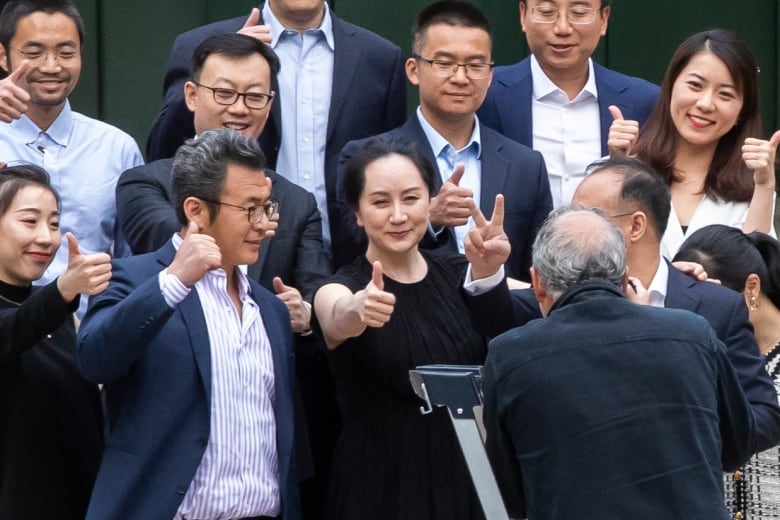 A B.C. Supreme Court judge will deliver a groundbreaking decision Wednesday in the extradition case against Huawei executive Meng Wanzhou.

After four months of deliberation, Associate Chief Justice Heather Holmes is set to release a ruling that could end attempts to extradite Meng to New York if the judge decides the offence the 48-year-old is accused of would not be considered a crime in Canada.

The widely anticipated ruling on so-called “double criminality” comes more than a year and a half after Meng landed at Vancouver’s airport on what was supposed to be a stopover en route from Hong Kong to South America.

Instead, the telecommunication giant’s chief financial officer stepped off a plane and into the custody of RCMP, who arrested her at the behest of American prosecutors in a case that has devastated relations between Canada and China.

Fraud ‘at the heart of this case’

Meng was arrested on an extradition warrant on Dec. 1, 2018.

She faces fraud charges for allegedly lying to an HSBC executive in Hong Kong in August 2013 by reassuring him about Huawei’s relationship with SkyCom, a firm identified in a series of Reuters articles as having violated U.S. economic sanctions against Iran.

Prosecutors claim SkyCom was actually a Huawei subsidiary, and that HSBC and other banks subsequently placed themselves at risk of prosecution and loss by relying on Meng’s word to continue financial dealings with Huawei that were prohibited by American regulations.

Holmes’ job is to decide if those actions would amount to an offence if they had happened in Canada. If not, then the extradition case would be over.

Meng’s legal team claimed there could be no crime because Canada ended economic sanctions against Iran in 2016; as a result, they say Canadian banks face no risk in handling Iran-related financial transactions.

The U.S., by contrast, dropped out of a global nuclear non-proliferation treaty with Iran in 2018, parting ways with the international community and re-imposing sanctions.

“There is now complete legal dissonance between Canada and the U.S. respecting sanctions against Iran. Indeed, the two are diametrically opposed and irreconcilable,” the defence argued.

“This case is fundamentally about the enforcement of U.S. sanctions against Iran.”

Her lawyers claimed that surrendering Meng to the United States would “require Canada to repudiate its own laws.”

But prosecutors told the judge she should focus on the essence of Meng’s actions instead, and that “the essence of the … conduct is fraud on a bank.”

“Lying to a bank in order to get banking services that creates a risk of economic prejudice is fraud,” Crown prosecutor Robert Frater told Holmes.

“Fraud — not sanctions violations — is at the heart of this case.”

The hearings that preceded Holmes’ decision ended with one of Meng’s lawyers, Richard Peck, asking the judge to do “right” by his client.

“This is the kind of case that tests our system,” Peck said.

And on that point, neither side appeared to disagree.

In the months since Meng’s arrest, China has repeatedly expressed anger at Canada for arresting Meng.

The Chinese government has targeted Canadian canola and meat imports.

And within days of Meng’s arrest, authorities detained two Canadians who were living and working in China, former diplomat Michael Kovrig and entrepreneur Michael Spavor.

Both men have been accused of spying and have been held in custody ever since.

“The Canadian side should immediately correct its mistake, release Ms. Meng and ensure her safe return to China at an early date so as to avoid any continuous harm to China-Canada relations,” Zhao said in a press conference.

Meng, who owns two multi-million dollar homes on Vancouver’s West Side, has been living under a form of house arrest since she was released on $10-million bail a week after her arrest.

She is trailed everywhere by a team of security guards who watch her around the clock. She also wears a GPS-monitoring ankle bracelet to track her movements within a prescribed area that does not include the airport or ferry terminals.

The decision will be given to Meng’s legal team and prosecutors two hours in advance of the public release at 11 a.m PT.

At present, Meng is required to appear in person at the court at 11:30 to deal with any issues arising from the ruling. But that could change depending on the outcome.

Although a ruling in Meng’s favour would put an end to the extradition proceedings for now, the Crown might decide to appeal and would likely have to argue to detain her further in the meantime.

If the Crown does not appeal, she would — in theory — be able to return to China immediately.

If prosecutors prevail, Holmes still has to decide on arguments concerning alleged abuses of Meng’s rights at the time of her arrest.

While legal experts have been split on a possible outcome, Meng appeared confident on the weekend, posing for an unannounced photo shoot with friends and family on the steps of the B.C. Supreme Court building where Holmes will deliver her judgment.

She was at the centre of a group of 12 people who gave thumbs-up and peace signs to a professional photographer.

She’ll find out Wednesday if that performance was a dry run or a delusion.