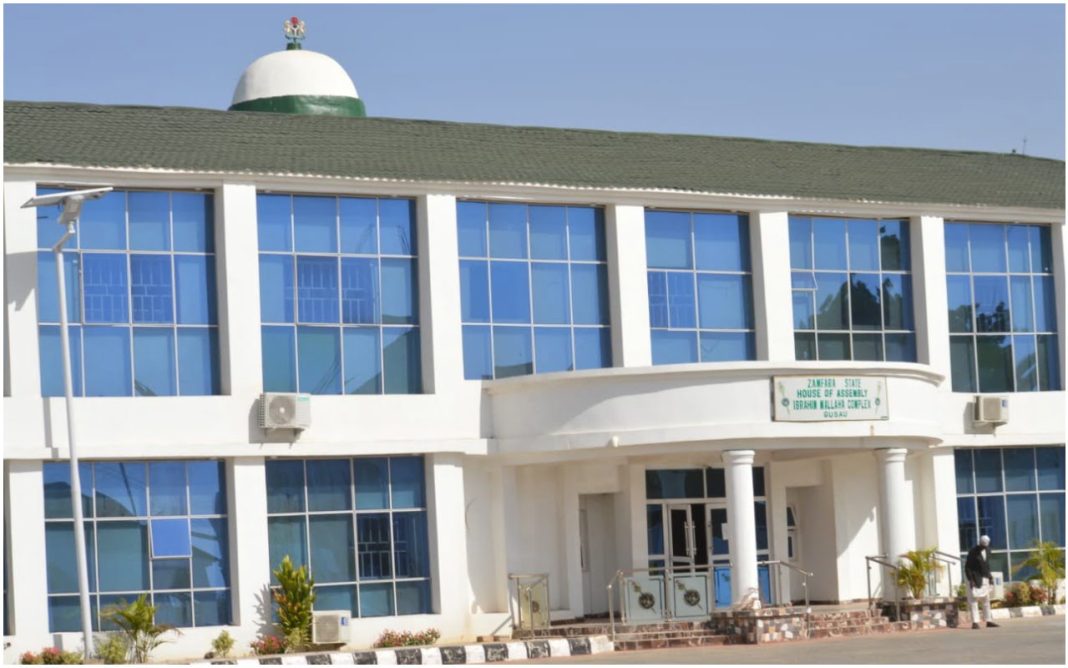 The Zamfara State House of Assembly has adopted the 2022/2023 sitting calendar for Sixth Assembly.

Presenting a request for the adoption, the Deputy House leader, Nasiru Bello Lawal Bungudu called on his colleagues to review and adopt the calendar to enable the House to make adequate plans for the 4th session which will commence on 15th June 2022 according to the calendar.

Nasiru Lawal asked the lawmakers to deliberate and agree to close the House for 2022 end-of-the-year recess for the entire members to reengage their constituents and plan for the 4th session.

The motion was seconded by Yusuf Muhammad Anka, saying that the need to adopt the calendar which he described as a guide for the House sittings.

In another development, a bill for a law to prohibit violence against persons and provision of protection and remedies for victims and punishment for offenders was given its first reading.

Presenting the bill before the House, the Deputy House leader, Nasiru Lawal Bungudu appealed to his colleagues to accept and read the Bill for the first time considering its importance in protecting the rights of the entire citizenry.

With the unanimous consent of the members, the Deputy Speaker, Musa Bawa Musa Yankuzo who chaired the sitting today, directed the clerk of the house to read the bill for the first time which was done accordingly.

DAILY POST reports that the House has closed for the 2022 third session end of the year recess till the 15th of June, 2022 to commence the 4th session.